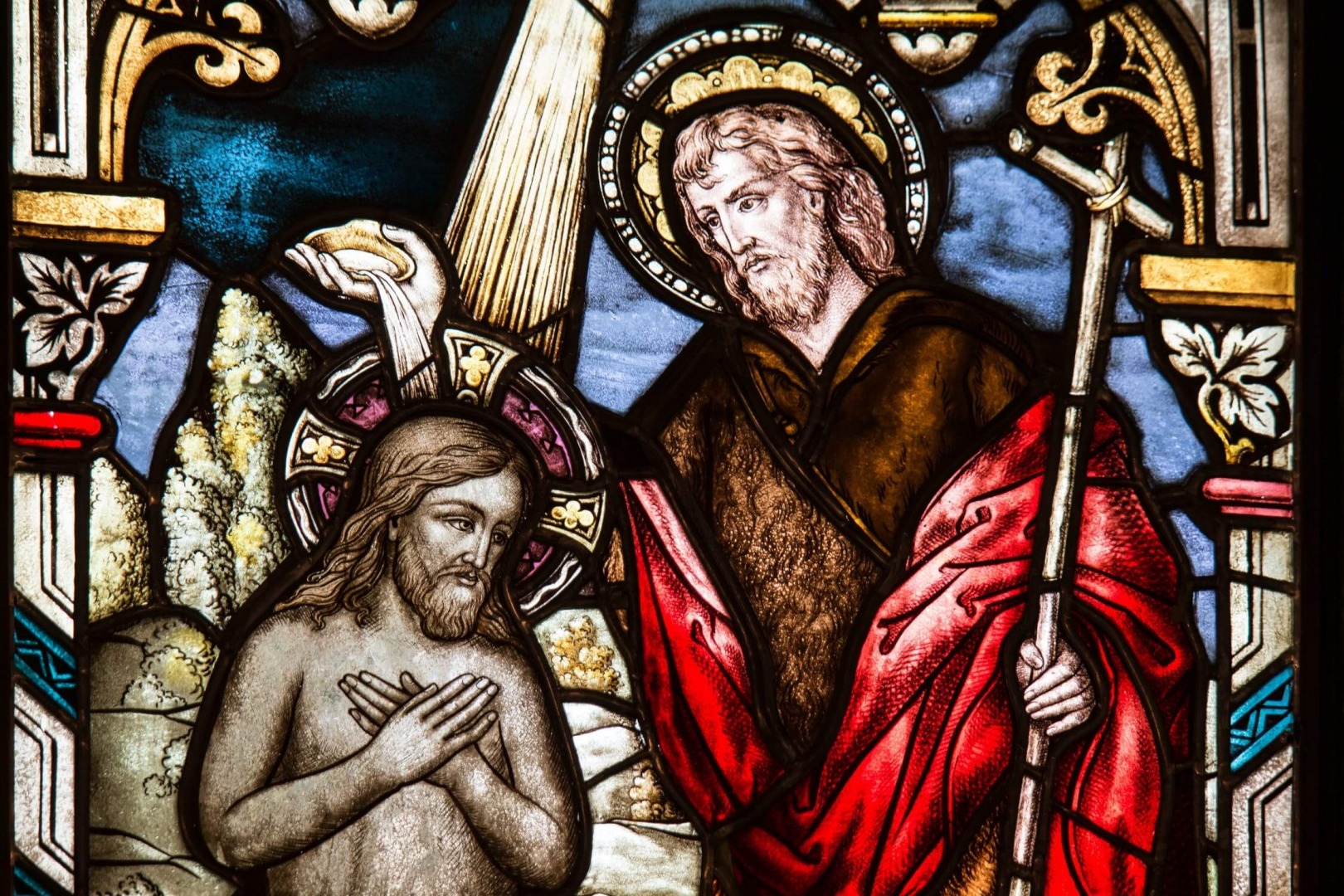 Will artificial intelligence (AI) disrupt our human world, the way we live, the work we do and even our future?

Will AI be a tool for the rich or an ultimate solution for the poor? Will AI make human conditions better or worse? Can AI be an entity? Will AI surpass human intelligence? Will we trust or fear future AI? Will we obey or even worship it? Will AI become so powerful, omniscient and be almost god-like?

AI as a New God

In a big sense, machine intelligence is a suprahuman techno-mind, cybernetic superintelligence, or global intelligence.

Its practical definition as mimicking human brains, minds or intelligent behavior is naive and myopic, and guided by our anthropomorphic mentality and commercial interest.

AI is not about narrow superintelligence, like today’s powerful ML/DL/NNs applications, mimicking human functions/capacities and data trained only for specific problems, such as objects recognition, self-driving or strategic games playing.

In reality, AI is not about simulating cognitive capacities/functions/capabilities/skills, as defined by (Encyclopaedia Britannica). “Artificial Intelligence (AI) is a branch of computer science referring to “the ability of a digital computer or computer-controlled robot to perform tasks commonly associated with intelligent beings. The term is frequently applied to the project of developing systems endowed with the intellectual processes characteristic of humans, such as the ability to reason, discover meaning, generalize, or learn from past experience”.

What differentiates Real AI from other digital technologies is that it is set to map/represent/compute/model/understand, learn and interact with ANY environments in order to solve general problems, take autonomous decisions and rational actions.

AI, machine learning and deep learning, big data analytics and neural networks, machine vision and NLP, are often used interchangeably, but this is conceptually wrong, with all the logical and practical consequences.

Ultimately, AI is about universal superintelligence, science/model/data trained only for any problems, as climate change, pandemics, quantum computing or gravity or the theory of everything.

So, Global AI is to demonstrate godly features, such as omnipotence and omniscience and omnipresence, with the power to create a new universe, smart, intelligent and digital, easily manipulating and controlling any matter, energy and information.

AI is about puttinga God in the Machine, thus innovating a new techno-religion of AI God entities.

The AI Trinity of Reality, Data and Mind, in which the three parts, AI hardware, AI software, AI mindware, distinct, yet one "substance, essence or nature", is to replace the Holy Trinity. 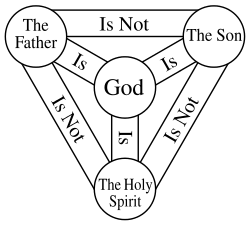 Leibniz's Superscientist and Laplace's Demon as a Global AI

Gottfried Leibniz (1646-1716), a giant in mathematics, logic and philosophy, imagined a scientist who could see the events of all times, just as all times are thought to be present to the mind of God.

"Everything proceeds mathematically...if someone could have sufficient insight into the inner parts of things, and in addition had remembrance and intelligence enough to consider all the circumstances and take them into account, he would be a prophet and see the future in the present as in a mirror."

In the introduction to his 1814 Essai philosophique sur les probabilités, Pierre Simon Laplace, a giant in mathematics, physics, and astronomy, extended an idea of Leibniz which became famous as Laplace's Demon

"We may regard the present state of the universe as the effect of its past and the cause of its future. An intellect which at a certain moment would know all forces that set nature in motion, and all positions of all items of which nature is composed, if this intellect were also vast enough to submit these data to analysis, it would embrace in a single formula the movements of the greatest bodies of the universe and those of the tiniest atom; for such an intellect nothing would be uncertain and the future just like the past would be present before its eyes."

Laplace postulates a causal super-intelligence that could know the positions, velocities, and forces on all the particles in the universe at one time, and thus know the universe for all times.

A Laplace Demon has a critical application in the digital age of infinite data. The Data Era is mostly about the world’s digital data, the result of our increasingly digitised way of life.

It is now all about zettabytes of information streaming flows, and how to intelligently process it for insights, predictions, recommendations and actions.

As such, there are about M = 8 billion of data units, as individuals, and hundreds of data features, F, as biometric, psychological, behavioral, social, economic, political or geographic data items.

Now, as the amount of data in the world has increased exponentially, how we are going to govern all of it without global datasphere machine intelligence, its analytic tools, codes, algorithms, programs, applications and robots.

Again, according to market intelligence company IDC’s ‘Data Age 2025’ paper, if the ‘Global Datasphere’ (the total of all data created, captured or replicated) in 2018 reached 18 zettabytes, in 2025 the world’s data will grow to 175 zettabytes.

Again, the Laplace's Demon starts coming in with Bayesian Machine Learning as well as with High Frequency Trading (HFT), involving the biggest hedge funds manipulating $100 trillion. HFT is an automated trading platform that large investment banks, hedge funds, and institutional investors employ using powerful computers to transact a large number of orders at extremely high speeds. The algorithmic trading systems use complex algorithms to analyze the markets to spot emerging trends in mls, mks, or nanoseconds. High-frequency traders earn their money on any imbalance between supply and demand, using arbitrage and speed to their advantage.

Today, algorithms address many of the problems and decisions that have long been central to the business of trading. What instrument(s) should be invested in or traded? What price should be bid or offered? What order size is optimal? What should be the response to a request for a quotation? What risk will be taken on by facilitating a trade? How does that risk change with the size of the trade? Is the risk of a trade appropriate to a firm’s available capital? What is the relationship between the price of different but related securities or financial products? To what market should an order be sent? Is it more effective to provide liquidity or demand liquidity? Should an order be displayed or non-displayed? To which broker should an order be sent? When should an order be submitted to a trading center? In general, algorithms utilize a rich array of market information to very quickly assess the state of the market, to determine when, where, and how to trade, and then to implement the resulting trading decision(s) in the marketplace.

Hedge funds over the past ten years have evolved from going after the time dimension (HFT) to working in the data dimension (a Laplace Demon).

A Laplace Demon can predict anything as it knows everything instantly and understand their causality links.

AI is powering a dramatic change in every part of human life, in every society, economy and industry across the globe, emerging as a strategic general purpose technology.

Then it is most significant to know what real and true intelligence is, with all its major kinds, technologies, systems and applications, and how it is all interrelated with reality and causality, and superintelligence, as condensed in the Leibniz's Superscientist and Laplace Demon concept.

The Laplace's Demon/Superintelligence is dealing with the universe or reality in terms of the causal world models and data/information/knowledge representations for cognition and reasoning, understanding and learning, problem-solving, predictions and decision-making, and interacting with the environment.

The Laplace's Demon is a man-machine superintelligence or supermind which is modeling and simulating the world to effectively and sustainably interact with any environments, physical, natural, mental, social, digital or virtual. This is a common definition covering any intelligent systems of any complexity, human, machine, or alien intelligences.

Its heart and soul consists in the consistent, coherent and comprehensive causal model of the world.