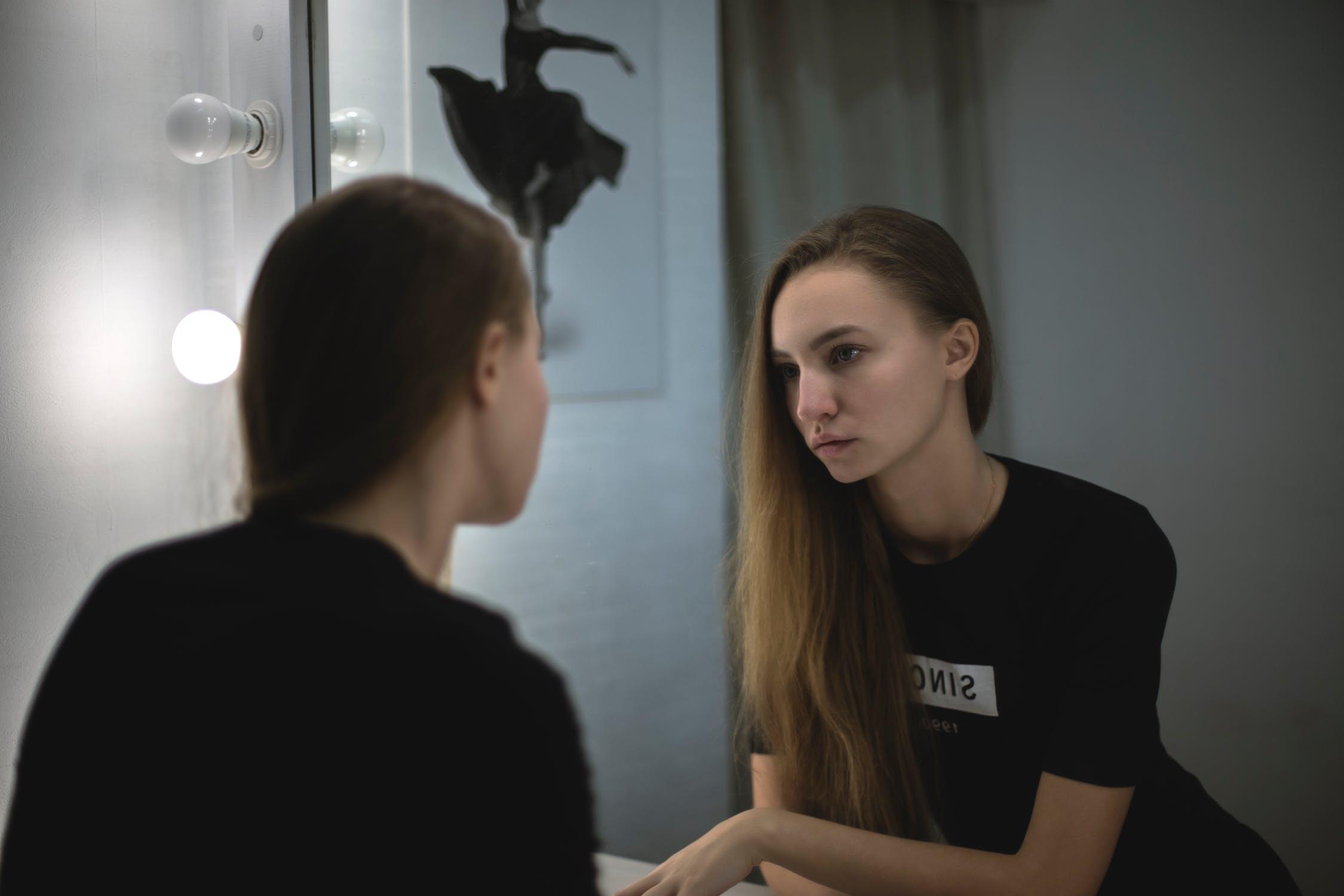 Superbly talented and glamourous British actress Thandie Newton glides into the Press area for Emmy winners — she’d just scooped up the Supporting Actress in Drama for her role as Maeve in Westworld. She’s all elegance in a bubblegum-hue, one-shoulder, Brandon Maxwell gown. Seemingly unprepared, she’d just cracked up the live audience at the Microsoft Theater in Downtown Los Angeles, opening her Emmy acceptance speech with: “I don’t even believe in God but I’m going to thank Her tonight.” Newton is nothing if not always honest and feisty even in a couture dress. 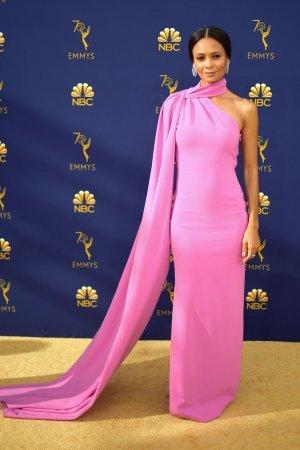 Backstage, the married mother of three was still awed and grateful to the creators and cast of Westworld and was having the time of her life.

But, a few months earlier, women’s activist Newton had been doing a Hollywood press junket but couldn’t help but talk about her own longtime involvement in the women’s rights movement (@VDay and @OneBillionRising) to end violence against women and girls. In support of the newer movements like #MeToo, Newton reveals her own personal and harrowing experiences, explaining:

“I’ve talked about an instance when a sex tape was basically made of me without me knowing. A director who groomed me over a period of time, and taped me performing an audition, had then been showing it to people for years in his private residence. Another time, I questioned why I needed to have my top off and breasts exposed for this scene which seemed completely unnecessary. And I literally had this producer say to me, ‘Top off equals ratings.’ It wasn’t ‘poor me’ because I dealt with it and carried on. But what if I’d been an actress 18 and desperate for work, I would’ve stayed there. I’ve also been in situations where a co-actor has groped me and tried to engage me in sex, ‘What the hell? I’m a mother and I’ve got a husband, what are you doing?’ If I’d been that 18-year-old desperate for work, he could’ve gotten away with it.”

But, Newton is clever enough to know this sort of behaviour goes on across the board, not just in Hollywood. Allegations of assault and inappropriate behavior has recently been at the very top of the news in the U.S. with the SCOTUS nomination proceedings involving Brett Kavanaugh, the revelations by accuser Dr. Christine Blasey Ford, and the subsequent FBI investigation. 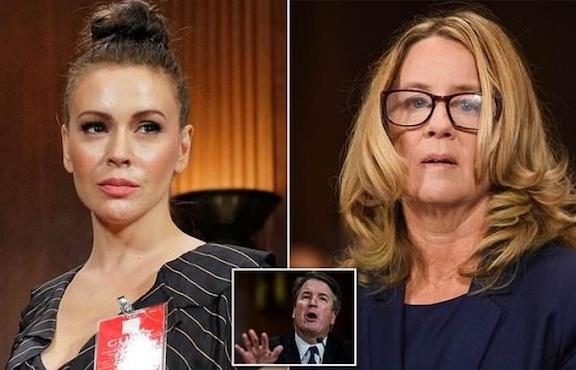 Newton’s fellow Hollywood actress and #MeToo activist, Alyssa Milano, appeared at the SCOTUS hearing and proceedings in support of the cause, sitting not far behind the nominee, confessing: "It was a very hard day to be in that room, but I was proud to be a woman and I was proud to be a survivor, and I felt like I needed to be there for other survivors that couldn't be there,” adding, “I thought it was important to stand in solidarity with Dr. Ford and all women and men who have been victims of crazy abuses of power.”

Sure enough actress Newton admits, “Yes, it is in our industry, but it’s in every industry, let’s not be naive.” 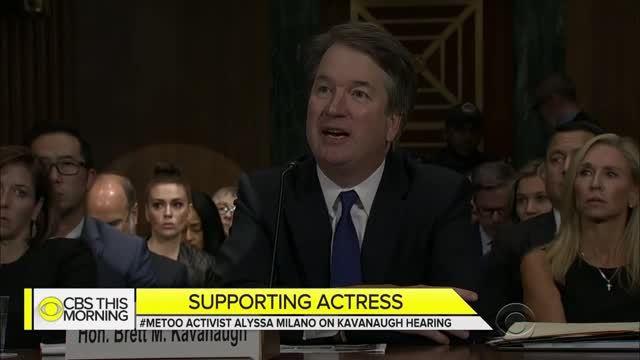 History reveals that when high-profile allegations hit the news it often causes others to reach out too — the National Sexual Assault Hotline had its busiest day ever after the Kavanaugh hearing.

As as result, all of these news events and outpourings are inspiring us men to hold up a mirror to ourselves and our interactions, not only with women in our lives, past and present, but also with other men.

I thought of instances of assault within my own purview; looking back to high school and wondering what happened to predators-in-the-making like JP who’d grope young classmates in public and just laugh; recalling a friend and past lover of mine who admitted she’d been assaulted as a child by both female and male babysitters; then while watching a TV movie adaptation of the novel, The Burning Bed, about years of physical abuse of a wife and mother, another ladyfriend tearfully blurted out, “My mother and I lived that life”; and, my extended family discovered that one of our nieces had suffered childhood molestation at the hands of her then step-father.

If you ask around, you’ll find we all have stories like this close to our skin and personal lives.

And then there’s the growing list of public men who’ve been accused of alleged sexual misconduct against women and even other men — Trump, Kavanaugh, Weinstein, Cosby, Spacey, etc.

So, taking it to the next level, the process has to start, for us men to talk about the “grey areas” of our encounters, which means replaying our past intimate relationships.

The dialog has started but resolution may take a long time, as we’re talking about the fundamental way that we males have traditionally pursued relationships. That look in the mirror is way overdue. 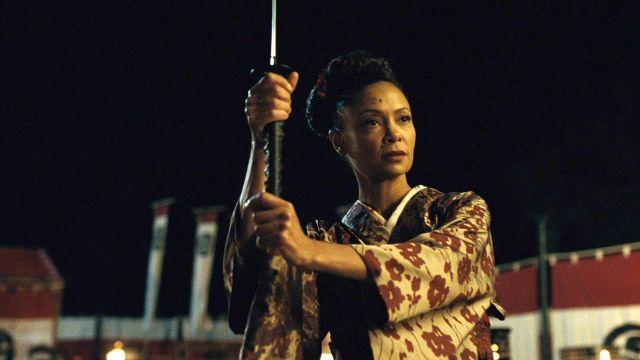 But Thandie Newton also offers an insightful take on this growing worldwide movement, one that involves the victims and perpetrators: “We all have a responsibility to expose things and also hopefully not to assault or hurt perpetrators but to help heal them. Because perpetrators of crime are also victims, in their own way, if you look at it from a broader perspective. Why? Because it’s so self-destructive to hurt another human being. And, you’re actually hurting yourself.”

Truth is, we must all be involved to solve this. Perhaps, as The Beatles sang, “I am he as you are he as you are me/And we are all together.”