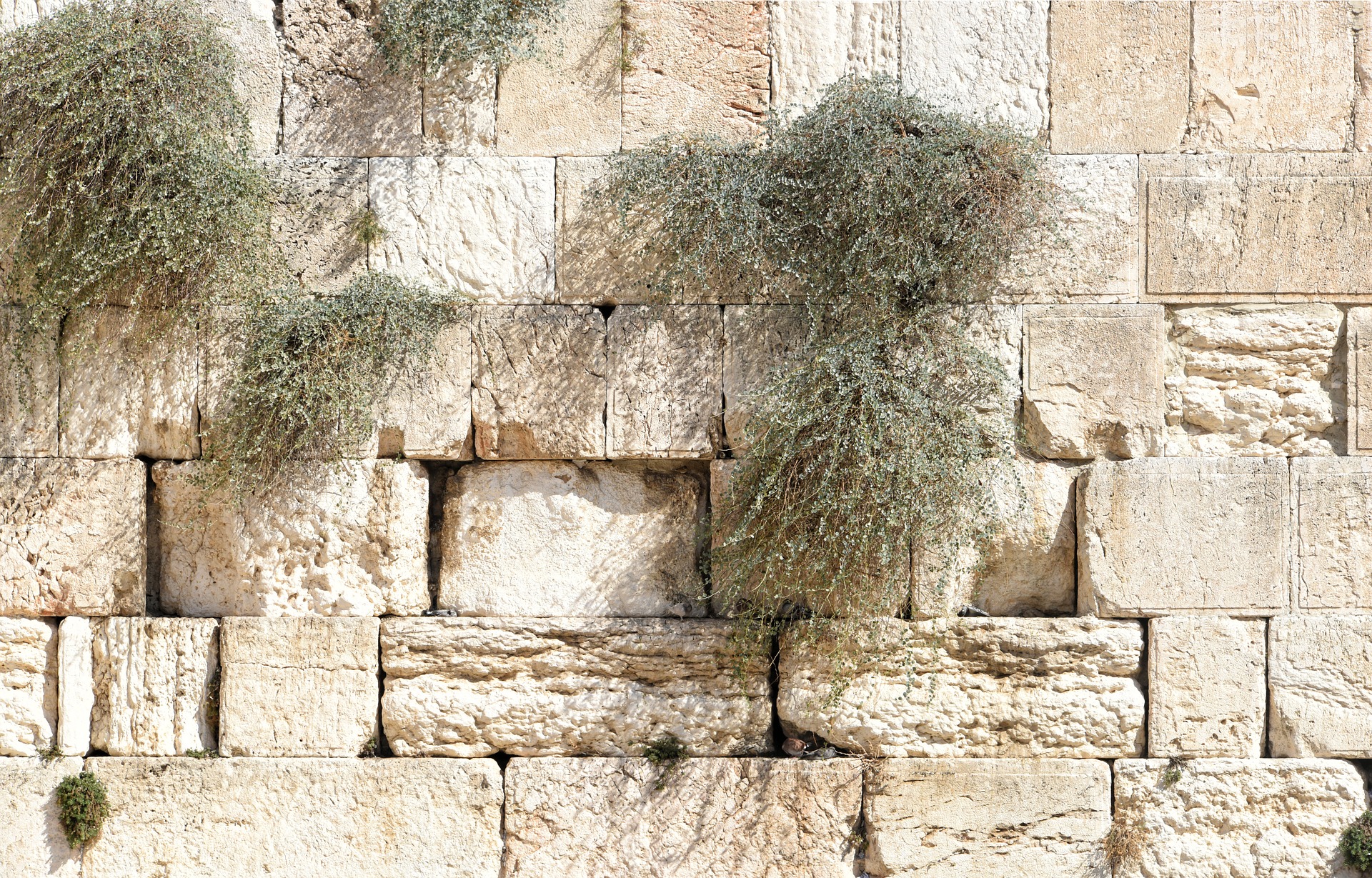 Communication is a "Power Skill". 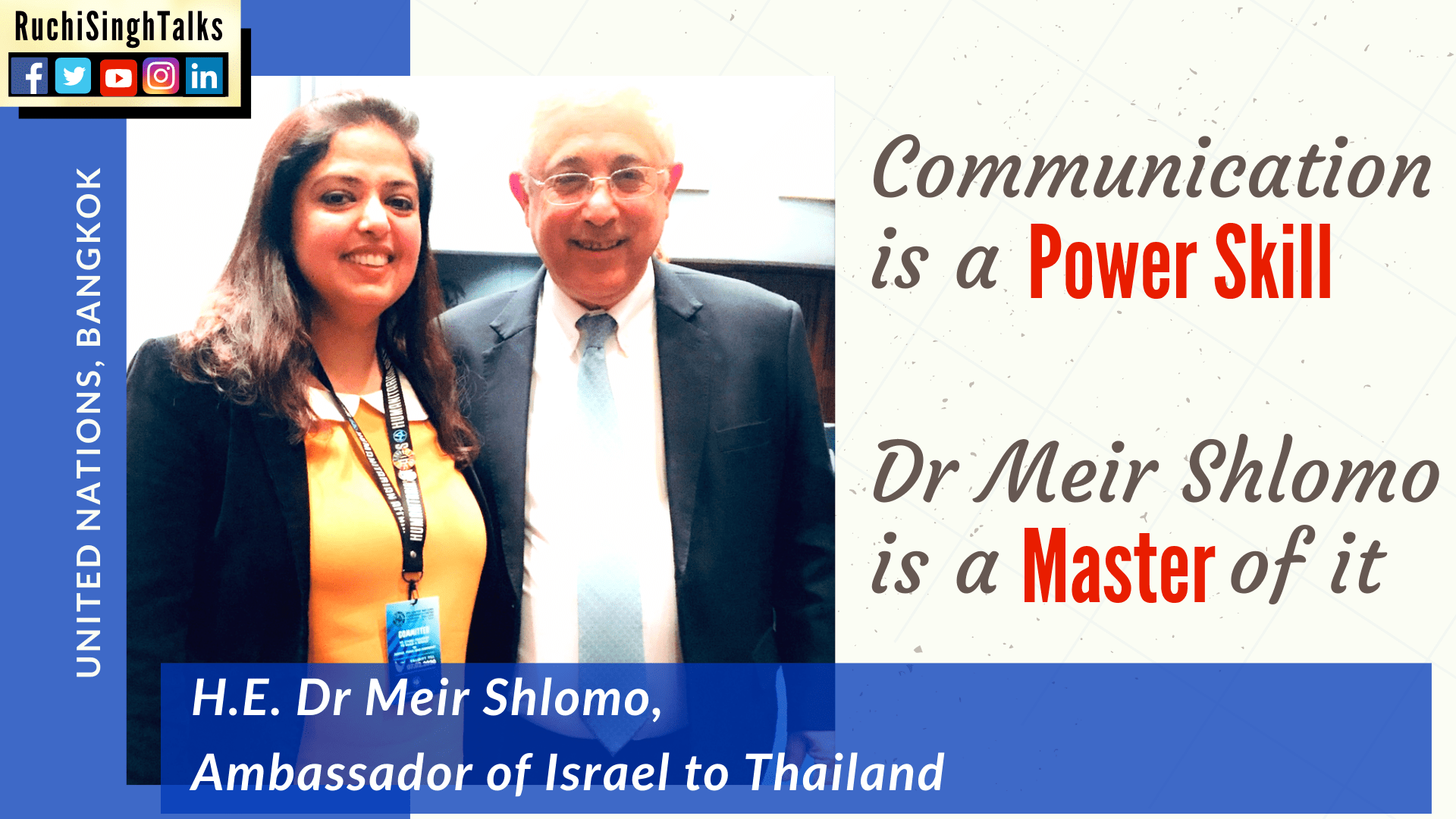 All eyes were on His Excellency, Dr Meir Shlomo, Guest of Honor, Ambassador of Israel to Thailand.

It was the final day of the Peace Summit of Emerging Leaders at the United Nations, organised by Humanitarian Affairs Asia. The summit was very successful. We (the speakers) had the honour of a private audience with H.E. Dr Meir Shlomo before his closing address.

Few of us will have an opportunity to represent our countries, but anyone who wants to climb the corporate ladder, crack the interview to the Business School of their dreams or convince an investor for seed money; needs to be a master of this power skill called communication.

Now that we have that out of our way, let's get back to the article.

She started by appreciating his presence at the summit which progressively became aggressive both in body language and tone. She finally ended by blaming Israel for the state of Palestine.

The silence was so uncomfortable that it almost had a physical presence.

In a five hundred strong crowd there was only one man who was totally unfazed, completely relaxed and absolutely in control. He was Dr Meir Shlomo.

Without speaking a word he showed us two powerful aspects of leadership communication.

This brings me to the first important skill needed for leadership communication.

While the Lady asking the question was getting aggressive to the point of being rude; Dr Meir Shlomo was calm and focused on the question.

He waited for her to finish the question which was one and a half minute long. Then and only then he started his answer.

There is an assumption that powerful communication is all about being a brilliant conversationalist.

Well, as I said, it is an assumption.

Attentive listening helps in understanding non-verbal communication, such as body language, the tone of voice.

This extra information helps us to understand what is being said and what's left unsaid. It arms us with the knowledge to plan our responses, to identifying and solving problems, building trust and connections.

We have something in common with a Hollywood star. We all speak through our body. The trick is to speak it well.

This brings me to the second leadership communication skill shown by H.E. Dr Meir Shlomo.

Even though I was listening to the question, my eyes were on the Ambassador to see his reactions. Some people even clapped during the question. While we were increasingly uncomfortable, Dr Meir kept listening with complete attention.

Not by so much as a flicker of an eyelash did he indicate that it affected him in any way.

This was a power move of a seasoned leader comfortable in the dealings of international diplomacy.

Tact is the art of making a point without making an enemy. -  Isaac Newton

Dr Meir Shlomo showed us. He spoke for five minutes only. In these five minutes, he made his point in a firm but empathetic manner.

3. Importance of a Hook

A hook is the part of your presentation/speech that compels an audience to sit up and pay attention.

We are the advocates of a Palestinian state. We are in favour of a two-state solution.

If that doesn't get your attention I don't know what will.

Now that he had the audience's attention, he did what every powerful communicator does. He used the attention to persuade the audience to his point of view.

He used the three pillars of persuasive communication shared by Aristotle 2300 years ago.

"You are sitting in the United Nations. 1947 UN resolution decided to form two states.. the state of Israel and the state of Palestine. Israel accepted the solution. Guess who did not... The Palestinians."

He used both Pathos and Logos very deftly.

Dr Meir used that emotion to reinforce his argument that Israel accepted the solution of the United Nations but Palestine did not.

"Whenever we, the state of Israel have found on the other side such a leader we make peace."

He shares two examples to add credibility to this statement.

May I remind you of President Anwar Sadat of Egypt. Egypt used to be the sworn enemy of Israel but he rose to the challenge, he took a risk and he paid for his life by the extremists but we have peace with Egypt. Same goes for the King Hussein of Jordan.

He also used empathy in a brilliant manner by differentiating between the Palestinian people and their leadership.

I have met a lot of Palestinians in my life. And I believe that most of them, as well as most of the Israelis, want a decent life, an honourable life so that they can make a better future for the children; for the next generation. Unfortunately, the leadership is not stepping up and telling them (the Palestinian public) the truth and make the hard decision to compromise rather than to push one-state solution.

Dr Meir ended on a strong note by clearly stating the position of Israel. There was no ambiguity.

I am looking forward to when we will have two states... Israel and Palestine one alongside another and not one instead of another. Thank you.

Israeli and Palestinian conflict has been referred to as the world's "most intractable conflict".

On such a complicated issue, Dr Mier Shlomo expressed the Israeli stand in a very clear, concise and firm manner.

There was not one superfluous word. He backed the stand with concrete examples. He showed empathy for the people of Palestine. His voice and body language were assertive, not aggressive. When he finished the hall erupted in a big round of applause.

What I had thought was a closing address turned out to be a masterclass in powerful communication.

Ruchi Singh is an International Keynote Speaker, Personal Leadership and Communication Mentor for Executives and Entrepreneurs. Ruchi's latest keynote speech was in the Leadership Summit at the United Nations, Bangkok. Ruchi is a Talk Show Host at RuchiSinghTalks on YouTube where she primarily shares inspirational videos and interviews Generals of the Indian Army, Thought Leaders and Experts. Ruchi also creates awareness about domestic violence as well as the resounding power within us that can transform our lives. Ruchi's story of personal courage and leadership shown in recreating her life "From A Domestic Violence Victim To A Leader" has been published in Femina, one of the most prestigious and oldest women's English magazine in India. She took leadership of her life, found her unique voice and recreated an impactful life. She can help you do the same. Ruchi has been featured in a documentary on domestic violence made by an award-winning documentary maker. This Documentary, "Till Death Do Us Part" is the official selection in the New York Lift-Off Film Festival, 2020. Ruchi was invited to be a SHEROES Champion. SHEROES is a women's only social platform with 20 million followers. Ruchi has been awarded the Powerhouse Global Award 2019. Ruchi was also invited to be a  Changemaker ambassador at the "She Creates Change '' programme by Change.org which has a presence in 196 countries with over 200 million followers. She is authoring two books which will get released in 2020. One of these books has super influencers and business leaders from 20+ countries redefining marketing for the next decade. Ruchi is a regular guest on international podcasts. Ruchi's life experience and her talks have impacted people world over. She talks about Courage, Personal Leadership, Managing Change, Resilience, Mental Wellbeing, Inclusion & Diversity and World Peace. Ruchi says, "When life challenges me, I say challenge accepted.... Game On!!! She can be reached on www.ruchisinghtalks.com