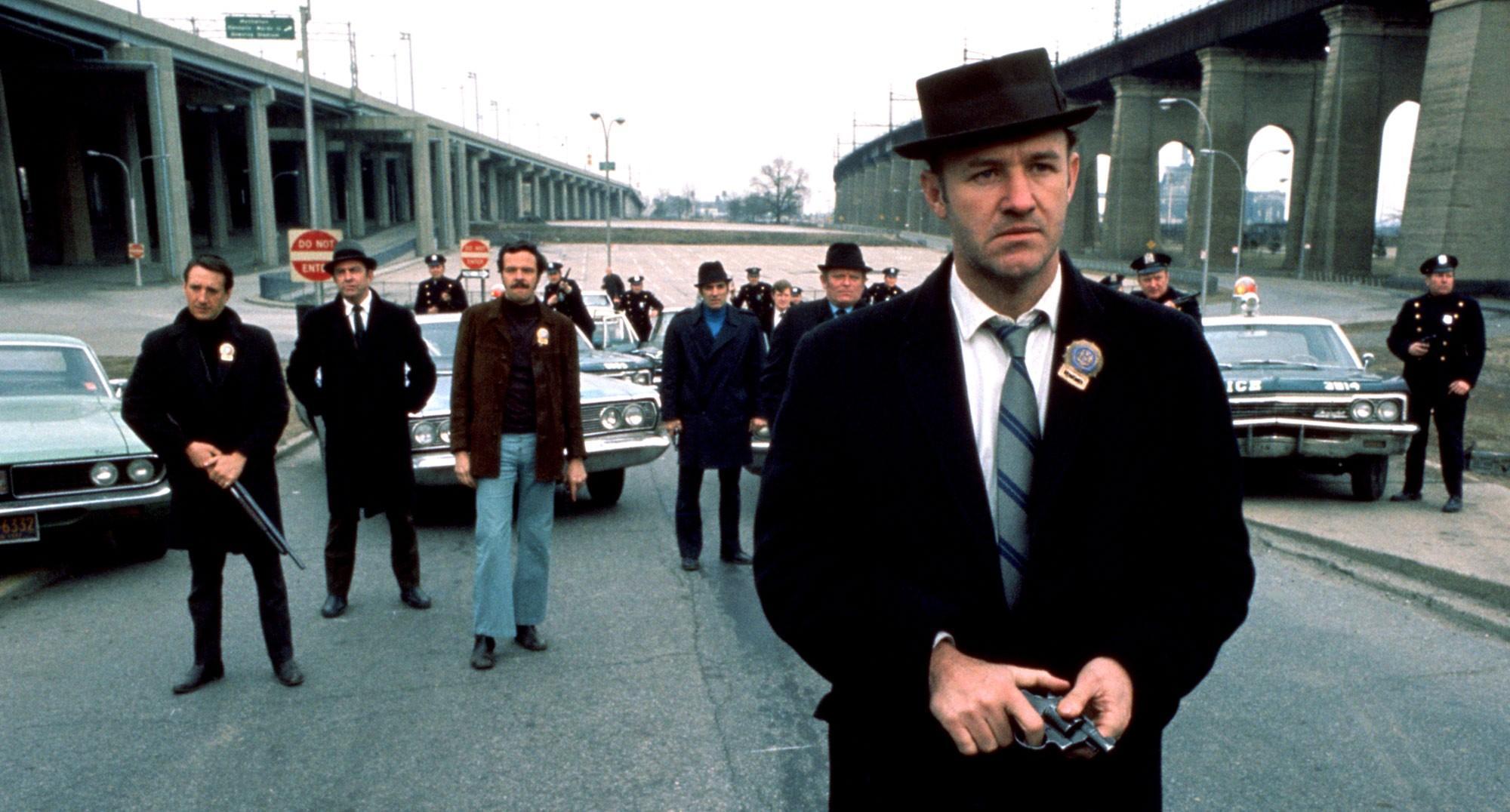 Mind-blowing car chases and street races have become an entertainment staple in today’s action films like Drive, and Mad Max: Fury Road. And, legendary NYPD detective Sonny Grosso, whose exploits on the streets of New York were captured in the 5-time Oscar winning movie The French Connection, recalls that that movie’s producer Phil D’Antoni was the originator of the classic filmed movie chase. 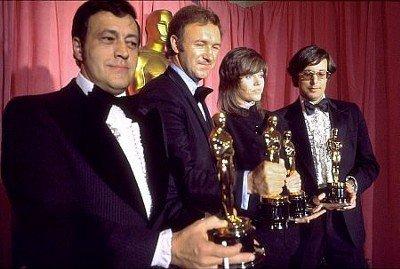 While the "Fast & Furious" franchise movies have taken modern car chases and street scenes to another level, ramping up our collective fix for an adrenaline rush, the recently departed and Oscar-winning D’Antoni produced three of the greatest car chases in film history — in Bullitt (1968), and then in The French Connection (1971), and The Seven-Ups (1973). Grosso praises D’Antoni, suggesting he set the “gold standard” for producing cinematic chases.

Detective Grosso, who later became a TV and film producer himself after retiring from the NYPD, had the fortune of working on those latter two movies, both of which were based on Grosso’s real-life exploits on the gritty streets of New York. Both men were born in New York, and D’Antoni became a mentor to Grosso when he was still a NYPD cop and an eager technical consultant on those two D’Antoni produced movies (The French Connection and The Seven-Ups),

D’Antoni’s on-set lessons inspired Grosso, after he retired from the police and went on to develop his own TV/movie career, eventually producing over 800 hours of entertainment. Grateful Grosso says he owes his career to people like D’Antoni and directors Billy Friedkin and Francis Ford Coppola. As Oscar winners, that’s some mentorship! 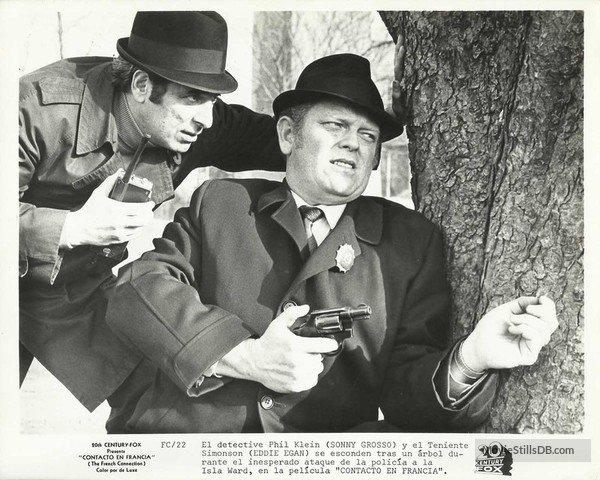 So, how did those three memorable car chases set the standard? All involved heroic but complicated cops chasing bad guys in the big city. In D’Antoni’s Bullitt, set in San Francisco, Steve McQueen chases two hitmen in his muscle car, a 1968 Ford Mustang GT. The highlight is an exhilarating 10-minute plus chase through San Fran’s rollercoaster streets and nearby freeways. The scene thrilled audiences and revolutionized how car chases would forever be seen in movies.

One of D’Antoni’s relatives recently told The Hollywood Reporter, that Phil believed that “cars are the modern equivalent of swords to those who know how to wield them, and a car chase is like a sword fight. And, when McQueen's Frank Bullitt repeatedly steers his car into the bad guys' vehicle, the sound of bashing metal is much like the clanging of swords.” 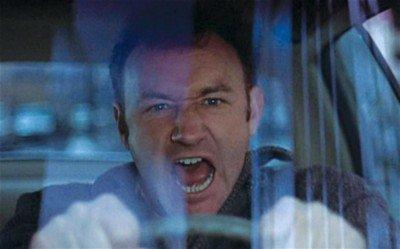 THE PUREST FORM OF CINEMA

The second movie car chase is rated the best ever, even today. It involved actor Gene Hackman as Popeye Doyle (playing Grosso’s real life cop partner Eddie Egan), who commandeers a civilian’s car and chases a hitman on the streets below an elevated train. Grosso recalls that Hackman, who won an Oscar for his fierce performance, worked closely with director Friedkin, who actually sat in the back for key shots utilizing handheld cameras. Friedkin was ably assisted by famed stuntman Bill Hickman, who was used on all three of these memorable movie chases. By setting up right in the often-careening car behind the single-minded Doyle and stuntman Hickman, Friedkin captures the visceral thrill of almost being there in the car. This sensation and hyper-frenetic action is what makes the scene so thrilling. By the chase’s conclusion when Doyle takes down the murderous French hitman, you feel as relieved as Doyle does. 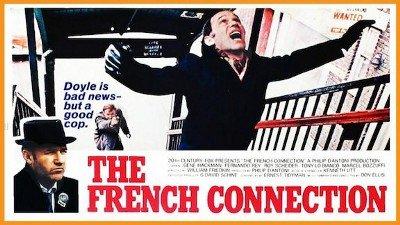 But there were so many reasons why this scene may not have come off. Back then there were few official permits and regulations like set up today for filming. So, Grosso’s own police friends, aka Grosso’s Gorillas, blocked off the streets where they could for the chase. Friedkin now admits that what they did was “dangerous” but he was going for cinematic verity, also suggesting, “The chase is the purest form of cinema...”

D’ANTONI WENT WITH HIS GUT

But there were other problems before even getting to the chase. Grosso, like Friedkin and Egan, wasn’t initially impressed with Hackman playing Doyle, as the retired detective recounts:

“I remember seeing Gene in a scene from his movie, ‘I Never Sang for My Father,’ and then meeting Hackman and I said, ‘This guy is going to play Egan/Doyle? No way!’ Then, Billy suggests he almost fell asleep when he and Phil first met Hackman, adding, ‘I was not going to approve Gene, But Phil said we have to or we lose the movie.’ That’s one of the many things I learned from Phil, to go with your gut and stick to your guns. Phil says in the great BBC documentary, The Poughkeepsie Shuffle, that, ‘When Gene’s name came up, I’d just seen one of his films, I thought, he could really do it, although Billy thought it was a bad idea. But we had no back up...he was the guy. And I thought it was right...this called for a character actor and that’s what Gene was.’”

As Grosso and others now confess, Phil was spot on with his gut choices as The French Connection. The producer was so convinced in his gut of the movie’s potential, that even after being turned down by every studio twice, D’Antoni and Friedkin went back to Fox a third time and eventually convinced David Brown and Dick Zanuck to get onboard. Fortunately for all, because the exhilarating movie earned 5 great Oscar wins, including Best Picture, presented to D’Antoni, and also Best Director for Billy Friedkin, and Best Actor for Hackman. D’Antoni’s gratitude when receiving the Best Picture award from actor Jack Nicholson was priceless. As Sonny says, “Phil’s gut instinct paid off, big time.” 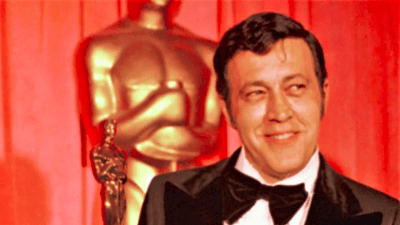 CARTE BLANCHE TO TAKE DOWN CRIMINALS

The third movie, The Seven-Ups, was based on Grosso and his real-life “Seven-Ups” special NYPD squad — they’d only go after perps who’d committed crimes with potential penalties of seven years imprisonment or more. The squad were given almost carte-blanche to take down these criminals. Roy Scheider, who’d played Sonny’s character alongside Hackman’s Doyle in The French Connection, gets to drive in this memorable chase where he speeds through Manhattan traffic and even a side street filled with fleeing kids. At the end, Scheider as Buddy is nearly decapitated when he runs into the back of a parked tractor trailer and the top of the car is sheered off. I know, right?!

Sonny Grosso, who says “now, that’s entertainment, folks,” also says we should thank pioneers like Phil D’Antoni for having the guts to give us action scenes and classic car chases that continue to inspire today’s film producers and directors, and wow new audiences.