Regenesis & The Secrecy Surrounding UFOs Starts at the Gas Pump

Regenesis & The Secrecy Surrounding UFOs Starts at the Gas Pump 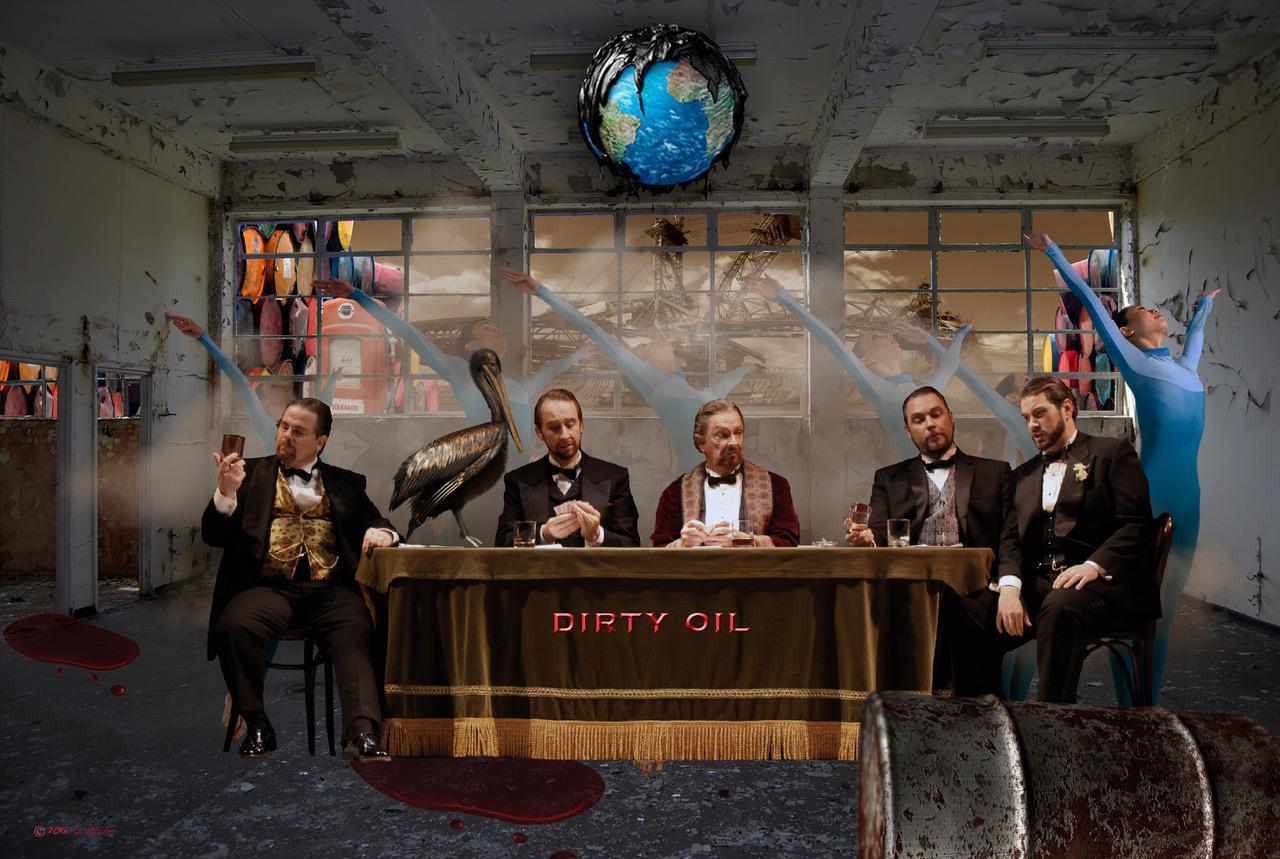 Want to see something to make you wretch?

Go check out the Great Pacific Garbage Patch (GPGP), the largest of five offshore plastic accumulation zones in the world’s oceans. The GPGP is twice the freaking size of Texas, and plastic containers are destroying our oceans worldwide. But our addiction to fossil fuels is partially to blame as companies acquire financial gain, even though they’re destroying our environment, through fracking and then manufacturing plastic.

Then recall the visionary 1982 Ridley Scott sci-fi thriller, Blade Runner, which painted a smoggy portrait of Los Angeles as it might be in 2019: dirty, smelly, crowded, polluted, damp, desperate and diverse...as acid rain spews down from on high, where the elites live in the light. Which is kind of where they do live today. Just ask the poor people who live near garbage heaps around the world.

We surely cannot let this polluted dark future happen, can we? 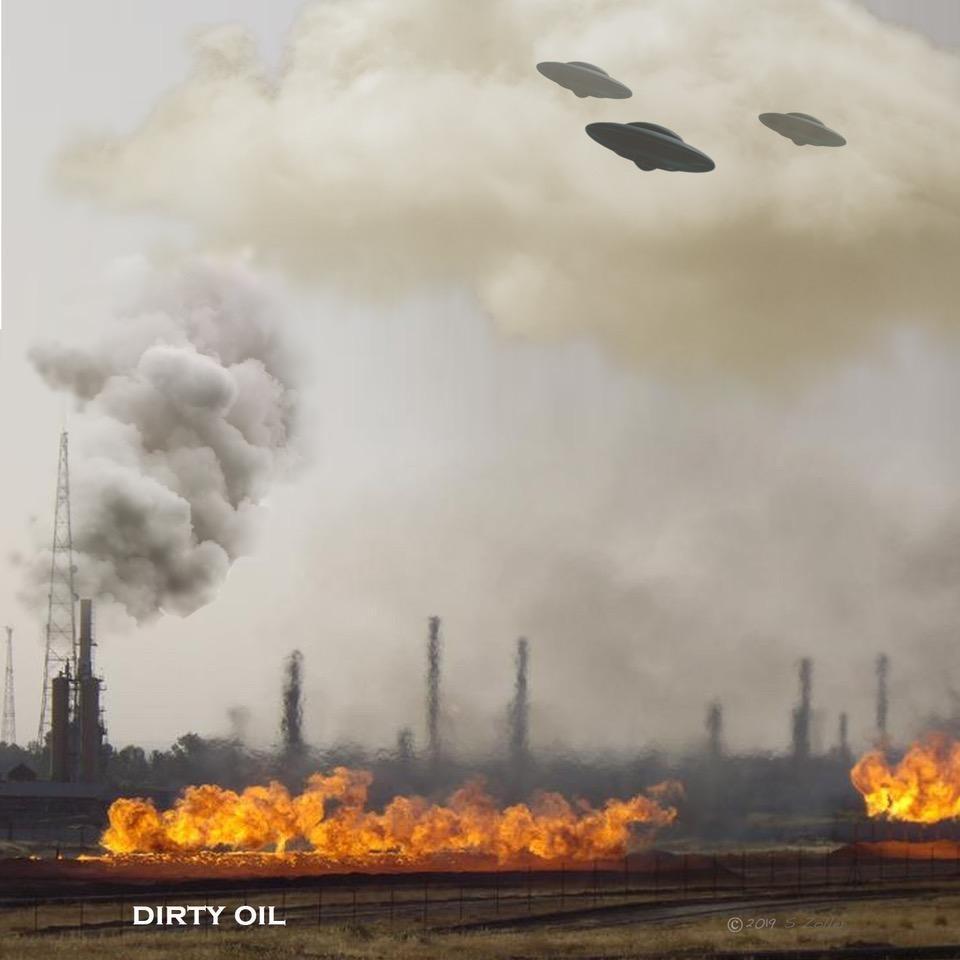 Getting off the Gas Pump

Which is why, in the last while, many of us have been seriously reducing our carbon footprint, including: eating no or less meat — greenhouse gas emissions from animal agriculture are an even bigger problem than fossil fuels; recycling as much as possible, among many other alternative methods of living; and, driving less —walking, biking, and taking public transportation — or using a hybrid or electric vehicle and getting off our addiction to the GAS PUMP.

Except, you want to throw up your hands when you see the present US Administration dramatically reversing course on many climate policies: repealing the Clean Power Plan originally designed to curb pollution from coal plants; gutting stricter climate standards for auto vehicles; signing executive orders aimed to streamline the development of new fossil fuel projects; withdrawing the US from the Paris climate agreement; and, just recently declaring nuclear waste to be safe. Sheer madness.

In fact, some scientists suggest that without strict laws to curb carbon emissions, an individual’s choices matter very little. That even if everyone who cared about climate change reduced their carbon emissions to zero, it still wouldn’t change very much. That to promote systematic change it’s actually better to agitate, write letters, and VOTE.

Even then the battle against Big Oil and its well-heeled backers and lobbyists will be immense, as they plan to continue drilling new oil and gas wells and pump them until they are dry. 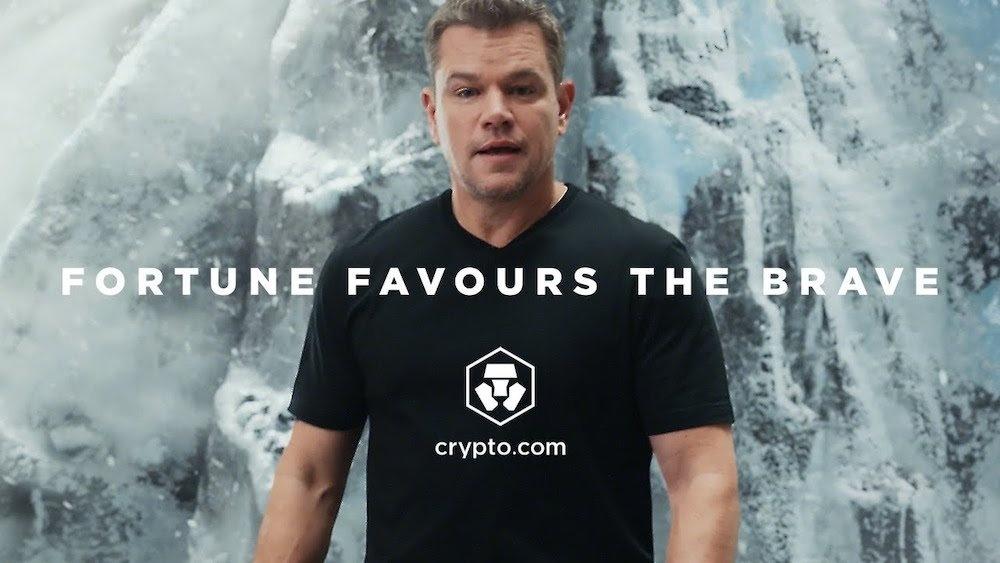 "The Fortune in Men's Eyes" - Graphics by S. Zoller

Why the Extreme Secrecy?

So, how the hell does the increased sighting of AAVs — advanced aerospace vehicles or UFOs — scare Big Oil? And, why do the powers-that-be want their existence to be kept secret?

The eye-opening 2017 documentary, Unacknowledged: An Exposé of the World's Greatest Secret, is based on the files of the Disclosure Project, whose goal is to disclose the government's alleged knowledge of UFOs, and, even more importantly, on advanced energy and propulsion systems. The Disclosure Project was founded by ufologist Dr. Steven Greer who asks, “How do you keep something secret? You hide it in plain sight.”

Greer goes on to provocatively suggest about the US government’s knowledge of UFO activity and “anti-gravity” propulsion: “The reason it’s hidden in plain sight is the Establishment doesn’t want people to know, not so much that there’s life out in the universe, but it’s about the technology. How do you put something like that in the sky and move it, without sound? You’re not dealing with fossil fuels, so you’re dealing with an entirely new area of physics, which if disclosed, would mean the end of Big Oil, the petro dollar, and of public utilities as we know them. It would be an entirely new energy paradigm. So, the macro economic power behind the secrecy is what no one’s been looking at...it’s the energy/technology part of this story that has led to the extreme secrecy, and also to the extreme ridicule.”

So, I reached out to my filmmaker/digital artist pal Stephen Zoller, another ufologist, who reiterates that we cannot continue despoiling our planet, although, having a new energy paradigm “would threaten the status quo of the powerful elites that have enjoyed untold wealth at the expense of our planet’s health.”

The Prize is “Alien” Technology

He makes reference to another expert, nuclear physicist Bob Lazar, who’s called the “reluctant UFO Messiah.” Lazar recently appeared on the Joe Rogan Experience show to talk about his eye-opening work experience reverse-engineering “alien” technology at the S-4 base close to Area 51. Zoller says, “Lazar understands that the ‘prize is the technology’ but he also feels his former employers are being reckless and ill-prepared to solving the secret of anti-gravity propulsion.”

Zoller, himself, offers why Big Oil and its cohorts may be keeping things secret: “One guess is that they want to delay this new fuel’s introduction as long as possible until they can milk every last ounce of profit from fossil fuels. Then make astronomical profits with the quick fix to all our environmental woes. If that indeed is the case, then we need to put the people who run the fossil fuel industry and the shareholders who profit from it behind bars.”

There’s been recent talk of dramatic crowd action like what’s being happening in Hong Kong and in Puerto Rico. For example, there was a recent but satirical Facebook page (“Storm Area 51”) and an event that has almost two million people signed up.

But, Zoller goes on: “Storming is hardly likely. The Pentagon already released a statement that says they are ready for anything people throw at them. So, violent action may not be an answer, here. But something like forming a human chain around Area 51 would at least draw global media attention and motivate people around the world to get off their complacent asses and demand action.”

"The Futurians and Human Regenesis" - Graphics by S. Zoller

Are the Futurians Here, Already?

Zoller had previously offered that our aliens are actually advanced humans from our future, who are hiding in plain sight. So, in what scenario does he see so-called Futurians actually working with us? He quips: “If I had the answer I’d probably have a Wanted Dead or Alive poster hanging at every police station. As I suggested before in BBN Times, maybe the futurians can’t tamper with the timeline and just hand us the blueprints to those reactors. It’s up to us to figure out how to build them. The seemingly insurmountable problem is that anti-matter is really challenging to produce in large quantities and can only be ‘created’ at facilities like the Large Hadron particle collider at Cern, Switzerland. It would cost trillions of dollars to produce enough anti-matter for one small reactor. But what people around the world can do is demand that our scientific communities concentrate on solving this problem and not on building bigger and more powerful weapons. We need to demand that nations get off the economic growth at all costs, merry-go-round and reverse the effects of climate change before we choke on our air and drown in our garbage.”

Which goes back tothat awful Great Pacific Garbage Patchand other dangerous environmental disasters that we’ve created. As the clock ticks down, maybe, we should be sending out an S.O.S. Because it’s high time for a “regenesis” of humanity.