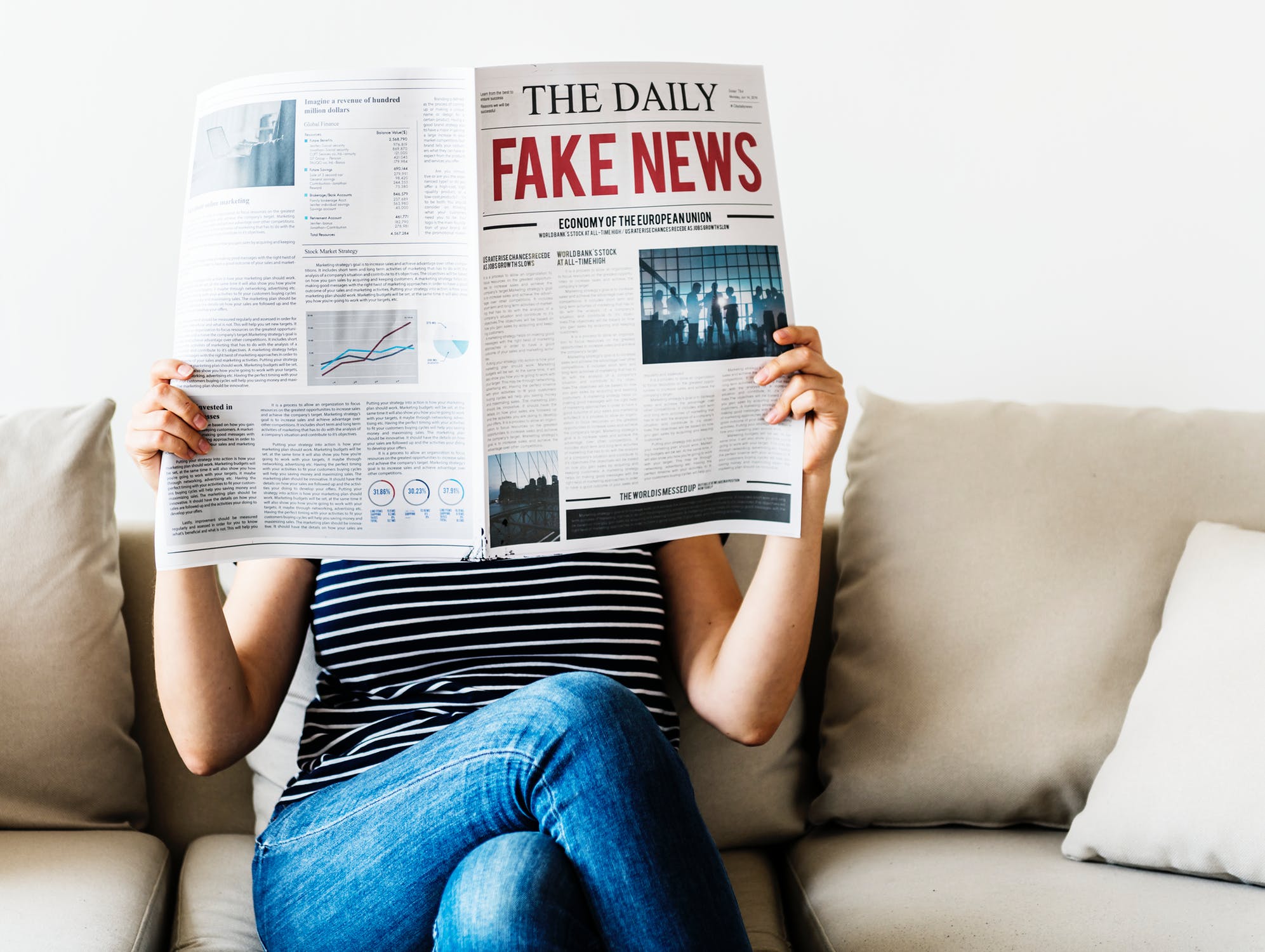 The discussion about policing fake news misses one important point. Sure, people shouldn’t publish rubbish and pass it off as news. The sender has a responsibility to ensure what they publish is correct. In the case of the widely-publicised Russian troll farms, the sooner they are shut down the better.

But it is simply impractical to mandate for every post to be truthful and then to police every published story, as Facebook has discovered.

Besides, truth is a continuum, not an absolute. After all, judges in courts make judgments “beyond reasonable doubt”, not “beyond any doubt at all”, and the reason top courts have more than one judge on the bench is in recognition of the role perception and judgment plays in establishing and interpreting facts. If facts were absolute, we wouldn't need judges.

News consumers must therefore become better judges rather than blindly accepting everything they’re told and relying on others to decide whether stories are truthful. In short, the recipient of those stories, the consumer, needs to become much more media savvy. They must have the judgment to separate fact from fiction, and to make up their own minds whether a story is fake news, irrespective of whether the "fake news police" has given it the all-clear.

The points below illustrate the process all journalists go through in day-to-date news reporting to filter what they see, hear and read. And as you can see they apply a healthy dose of skepticism which news consumers would do well to emulate.

1. Who is the Source of the Story?

Ask yourself, who is the person or organisation quoted in the story. Do you know them? Are they trustworthy?

If the answer is no, or you have never heard of them, you would immediately question whether the story is believable.

Another tell-tale sign of fake news is that only a narrator tells the story and there are no quotes or sound bites from a credible source. Now, these, too, can be faked, but an unedited clip of a sheriff at a press conference, flanked by deputies, is clearly more likely to be factual than some YouTuber espousing hearsay in front of their bedroom webcam.

But be careful here. There is a big difference between you as a news consumer questioning the source, and hearing people being reported on calling a story "fake news" (people like Donald Trump). While you would do well to question the source as you go about your own assessment whether to believe something you read online, casting fear, uncertainty and doubt (often referred to as FUD) over the source is the oldest trick in the book to discredit credible sources. When someone describes a story which casts them in a bad light as "fake news", the story is actually more likely to be true.

2. How Did the Article Come About?

Most news these days are based either on other online sources, or from some sort of media release or press conference?

You might not like the amount of commercial influence on what gets into the newspaper, but it's better to know the story came about from a media release or press conference, than to seemingly come from difficult to identify but seemingly benign sources. If that's the case, mark the story down.

3. What Does the Source Stand to Gain from Publication?

Does the source stand to gain financially, politically, or in terms of social standing or reputation, from the publication of the story? This is hugely important, because disseminators of fake news hope to gain something for their efforts. They're not (just) doing it for sport or entertainment. So ask yourself, what is the source achieving by spreading this story?

Also ask yourself, who would be angered by the story? Could it be that the story was published to disadvantage them?

By understanding the motivation WHY the story was published you are in a better position to judge whether you should pay any attention to it at all.

4. Who is the Publisher?

Is it a large, reputable news organisation, or some blog you’ve never heard of before?

Ignore the nice graphics on a website that looks credible. That's cheap and easy to create these days. If you are reading or watching the story on the site of a large established publisher you might pay the story more attention than if it was published on a blog, no matter how professional it looks.

Clearly, being a large traditional publisher isn’t a guarantee of the story being truthful. The tabloid newspapers, or publications like The News of the World are past examples where you knew you had to take everything with a pinch of salt. More recently, Fox News has developed a reputation for biased reporting (and then they dare call it “fair and balanced”).

Beware that some scammer websites have domain names that look deceptively like those of genuine publications. They try to pass themselves off as the real thing, so pay close attention to the URL to ensure it is legit.

5. Take the Opposite View – Does the Story Still Make Sense?

We all know there are (at least) two sides to every story. So, when you are reading the news ask yourself, what does the other side think?

If the opposite view of whatever the story is about isn’t represented in the text or in the video, that’s also a big red flag that you’re reading fake news.

Moreover, if the opposing view is absent fill it in yourself. Put yourself in the shoes of the parties who are not represented in the story. What might their view be?

What is not said in a story is often more important than what is said. What are the glaring omissions in the story? What is the crucial piece of information in the story that readers would want to know?

If it is missing there is a possibility that it has been deliberately left out.

7. Does it Meet the Smell Test?

Use your brain. Ask yourself, can this story really be true? If it’s too incredible to be true, it probably is.

Even if the story is supported by photos (which can be doctored) or videos (which can be spliced and animated), Edgar Alan Poe's line from 1845 still applies almost two centuries later: "Believe nothing you hear, and only one half that you see".