Body Language Traps and Tips for Women Who Lead

Body Language Traps and Tips for Women Who Lead 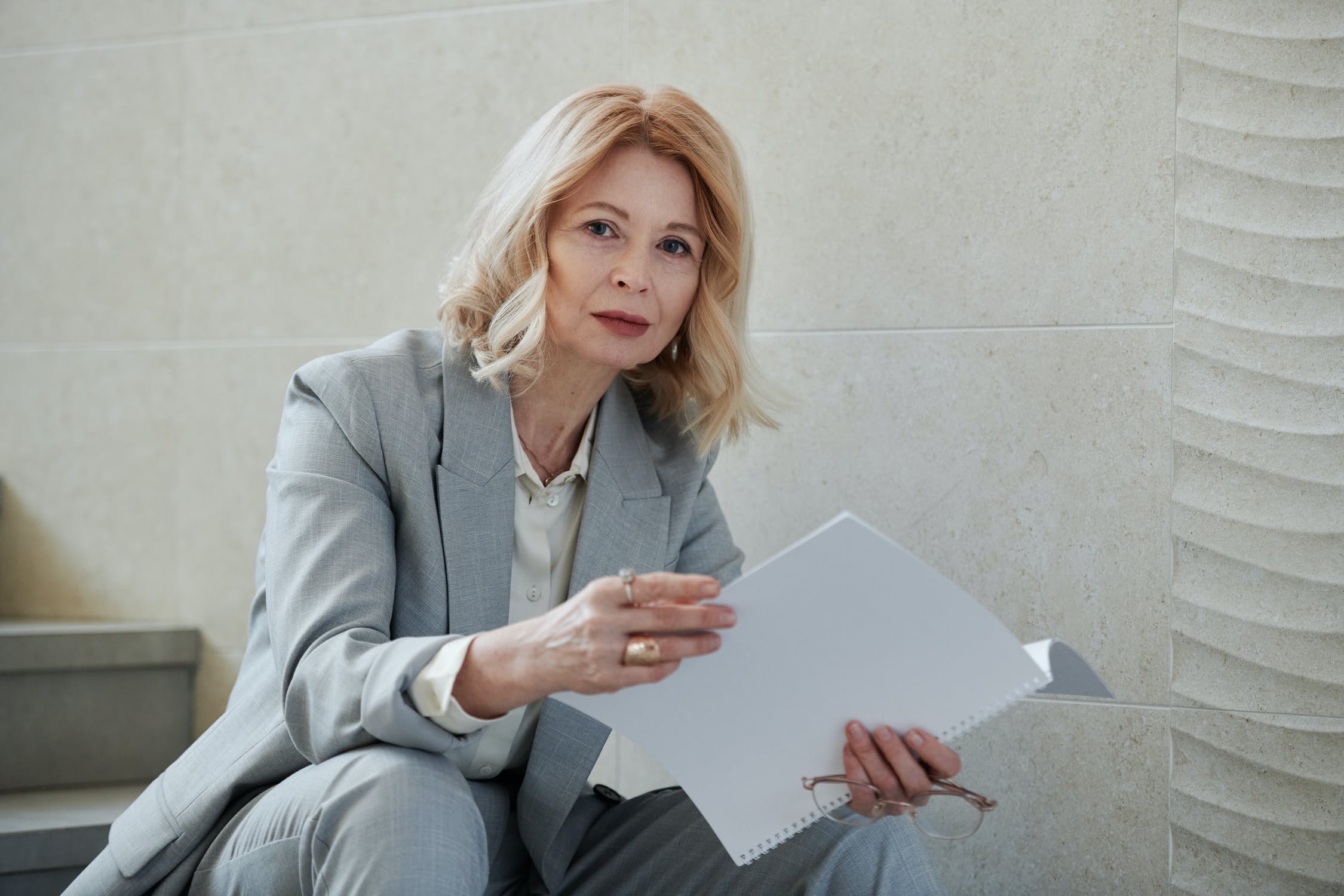 A female executive was having problems dealing with her male colleagues.

"They like me, but they never take me seriously," she complained. "It's as if they think I'm flirting with them. Which I definitely am not!"

After watching her interact with various men on the senior management team, I saw the problem. She was trying to discuss work-related issues while using a "social gaze."

If you create an imaginary triangle, the base of which are the eyes and the apex is mid-forehead, you will have mapped out the "look of business." When you keep your gaze in that area, you non-verbally signal a no-nonsense, business-like approach.

When you invert the triangle and move your focus to this area -- from the eyes to the mouth - you turn your gaze into one more appropriate for social encounters. And a social gaze can be misinterpreted as flirtatious -- even in a corporate setting.

It’s a small thing, really. But as that female leader found out, one small nonverbal signal can change the dynamics of an entire business interaction.

Being aware of the signals you are sending is the first step to increasing your body language savvy. Here are ten nonverbal traps that women can fall into -- and tips for avoiding them.

TRAP #1: Using Too Many Head Tilts 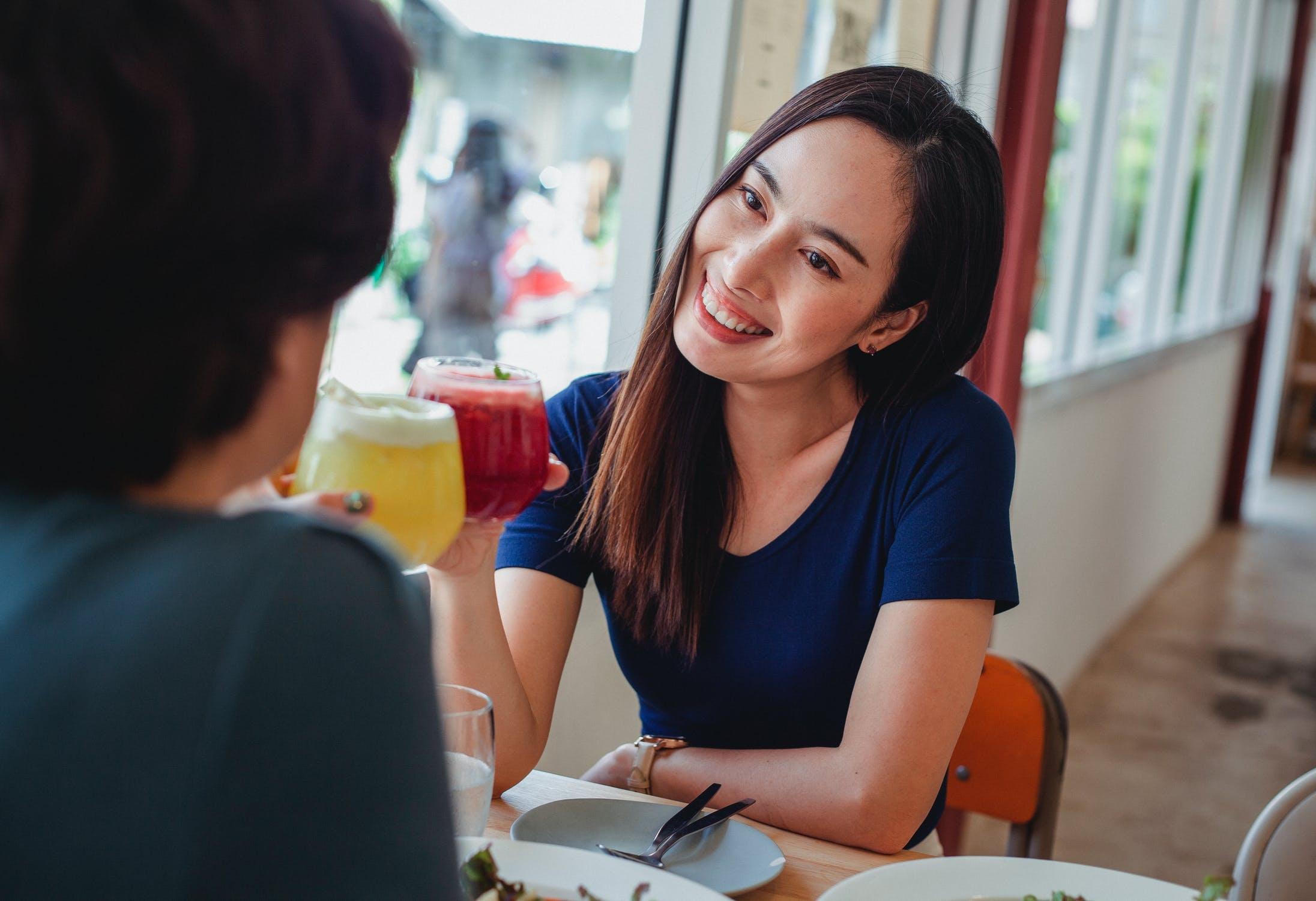 Head tilting is a signal that someone is listening and involved -- and a particularly feminine gesture. As such, head tilts can be very positive cues, but they are also subconsciously processed as submission signals. (Dogs tilt their heads to expose their necks, as a way to show deference to the dominant animal.) TIP: Use head tilts when you want to demonstrate your concern for and interest in members of your team or when you want to encourage people to expand on what they are saying. But when you need to project power and authority, you’ll be more effective if keep your head straight.

Women tend to condense their bodies, keeping their elbows to their sides, tightly crossing their legs and contracting their bodies to take up as little space as possible. High status males do the opposite: they expand into available space and take up room. TIP: Remember that leadership presence is non-verbally reinforced through the use of height and space. Stand or sit tall, pull your shoulders back, widen your stance, move your arms away from your torso, and look like the powerful leader you truly are.

Everyone uses pacifying gestures when under stress. We rub their hands together, grab our upper arms, and touch our necks. But women are viewed as much less powerful when they pacify with girlish behaviors (twirling hair, playing with jewelry, etc.) TIP: Keep your hands on the conference table where they can be seen and where you will be reminded to keep them still. When you do use gestures, notice if they are reinforcing your statements. If so, you are probably showing your palms when indicating openness and inclusiveness, “steepling” (fingertips touching, palms separated) when feeling very sure of a statement and turning your hands palms-down when you’ve made a decision.

Women's voices often rise at the ends of sentences as if we’re asking a question or asking for approval. TIP: When making a declarative statement, be sure to use the authoritative arc, in which your voice starts on one note, rises in pitch through the sentence and drops back down at the end.

Excessive or inappropriate smiling can be confusing and a credibility robber. This is especially noticeable if you over-smile while discussing a sensitive subject, expressing anger, or giving negative feedback. TIP: Employed at the right times (for example, during an initial meeting with a potential business client), smiling can be one of the most powerful and positive nonverbal cues, and especially potent for signaling likeability and friendliness. But when the subject turns serious, you need to look serious.

TRAP #6: Nodding Too Much

When a man nods, it means he agrees. When a woman nods, it means she agrees – or is listening to, empathizing with, or encouraging the speaker to continue. In fact, we tend to nod so much we’ve been accused of looking like bobble-head dolls. TIP: Constant head nodding can express encouragement and engagement, but not authority and power. To project authority, especially when stating your opinion, keep your head still.

In business meetings, men often take control by talking more than women and interrupting more frequently. TIP: One perspective on the value of speaking up comes from former Secretary of State Madeleine Albright, who – when asked what advice she had for up-and-coming professional women – replied, “Learn to interrupt.”

Women gain likeability but lose the competitive advantage in a negotiation when we flirt. That was the consensus of University of California Berkeley study in which female actors played the roles of sellers of a biotech business. Half were told to project a no-nonsense, business approach. Half were instructed to flirt (using the nonverbal behaviors of smiling, leaning forward suggestively, tossing their hair, etc.) – but to do so subtly. The outcome of the Berkeley study was that the “buyers” offered the flirts (dubbed “likeable losers”) 20% less, on average, than what they offered the more straitlaced sellers. TIP: Flirting can be fun and exciting. But in a business negotiation, it’s a better strategy to come across as competent and professional.

While a certain amount of movement and animation adds passion and meaning to a message, women who visibly express their emotions with hand gestures that rise above their shoulders can quickly look erratic (especially to an audience comprised primarily of males). TIP: To engage and motivate people, an emotional presentation can be very effective. But in situations where you want to maximize your authority – you’ll need to minimize your movements and keep your gestures about waist high. When you appear calm and contained, you look more powerful.

TRAP #10: Having a Delicate Handshake 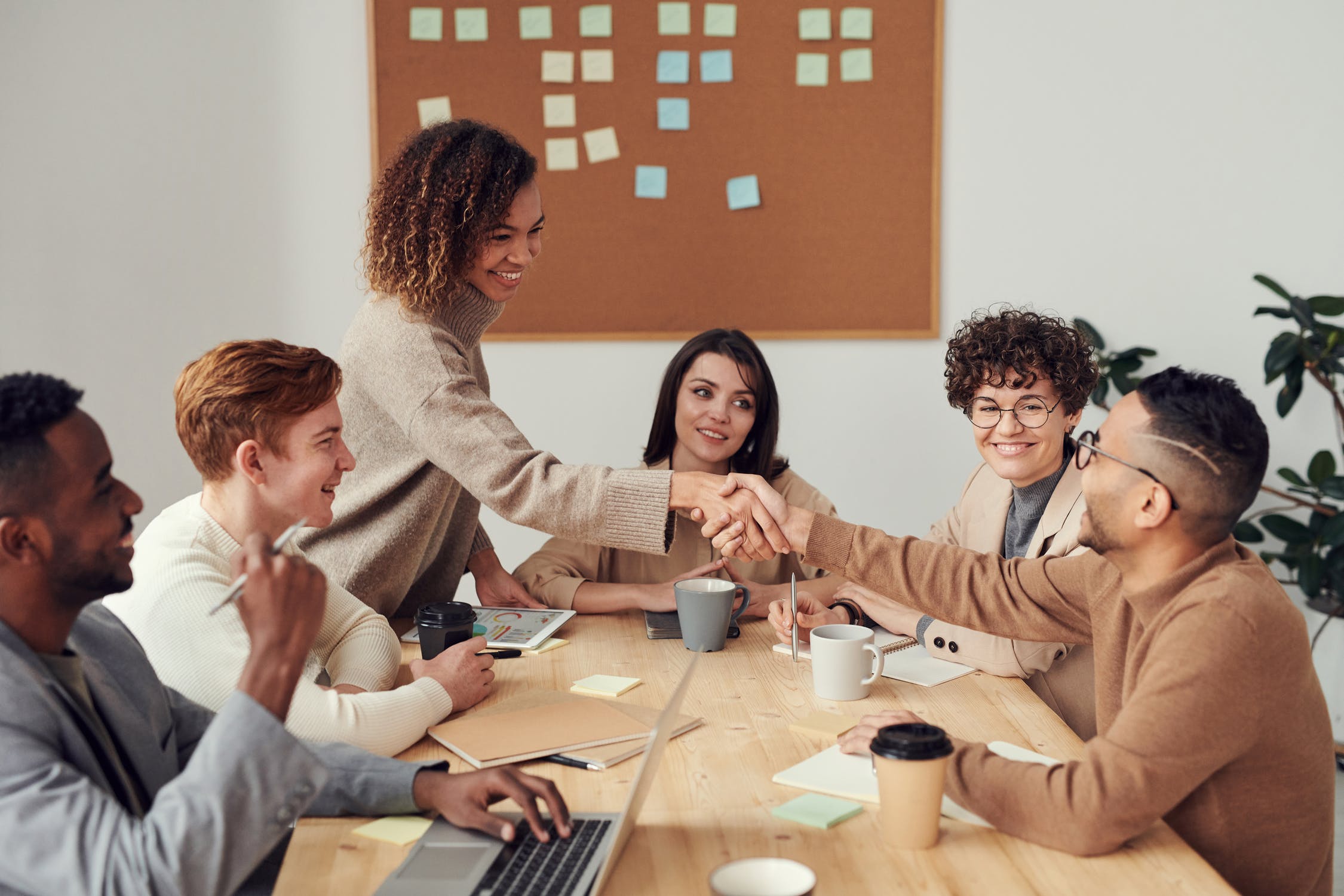 Even more than their male counterparts, women with a weak handshake are judged to be passive and less confident. TIP: Take the time to cultivate your "professional shake.” Keep your body squared off to the other person -- facing him or her fully. Make sure you have palm-to-palm contact and that the web of you hand (the skin between you thumb and first finger) touches the web of the other person. Look your partner in the eyes, smile -- this is one place where a smile is a business asset -- and start to speak: “So good to meet you . . .” or whatever. Most of all, remember to shake hands firmly.

Of course, increased awareness of how you sit or stand, gesture, shake hands and employ other nonverbal signals is only half of the body language savvy equation. The other half is the ability to read the silent signals of others. And it is here where women leaders really have the advantage. Women are more attuned to relationship dynamics and more skilled at picking up nonverbal cues. It’s a skill that gives us insights that men often miss about what is really going on in a meeting or during a negotiation. It’s interesting to learn that "women's intuition" has become a valuable – and powerful -- leadership skill.

I am a leadership presence coach and international keynote speaker (in person and virtually) at corporate, government, and association events. For information on my coaching and speaking fees, contact me by phone, 510-526-1727, email Carol@carolkinseygoman.com. You can download my brochure on my website: www.CarolKinseyGoman.com.

My newest book is available on multiple websites and in bookstores. Here is its link on Amazon: STAND OUT: How to Build Your Leadership Presence.

My LinkedIn Learning video course on Collaborative Leadership is also available for preview.