Leaving Us? Let Me Make it Harder for You!

Leaving Us? Let Me Make it Harder for You! 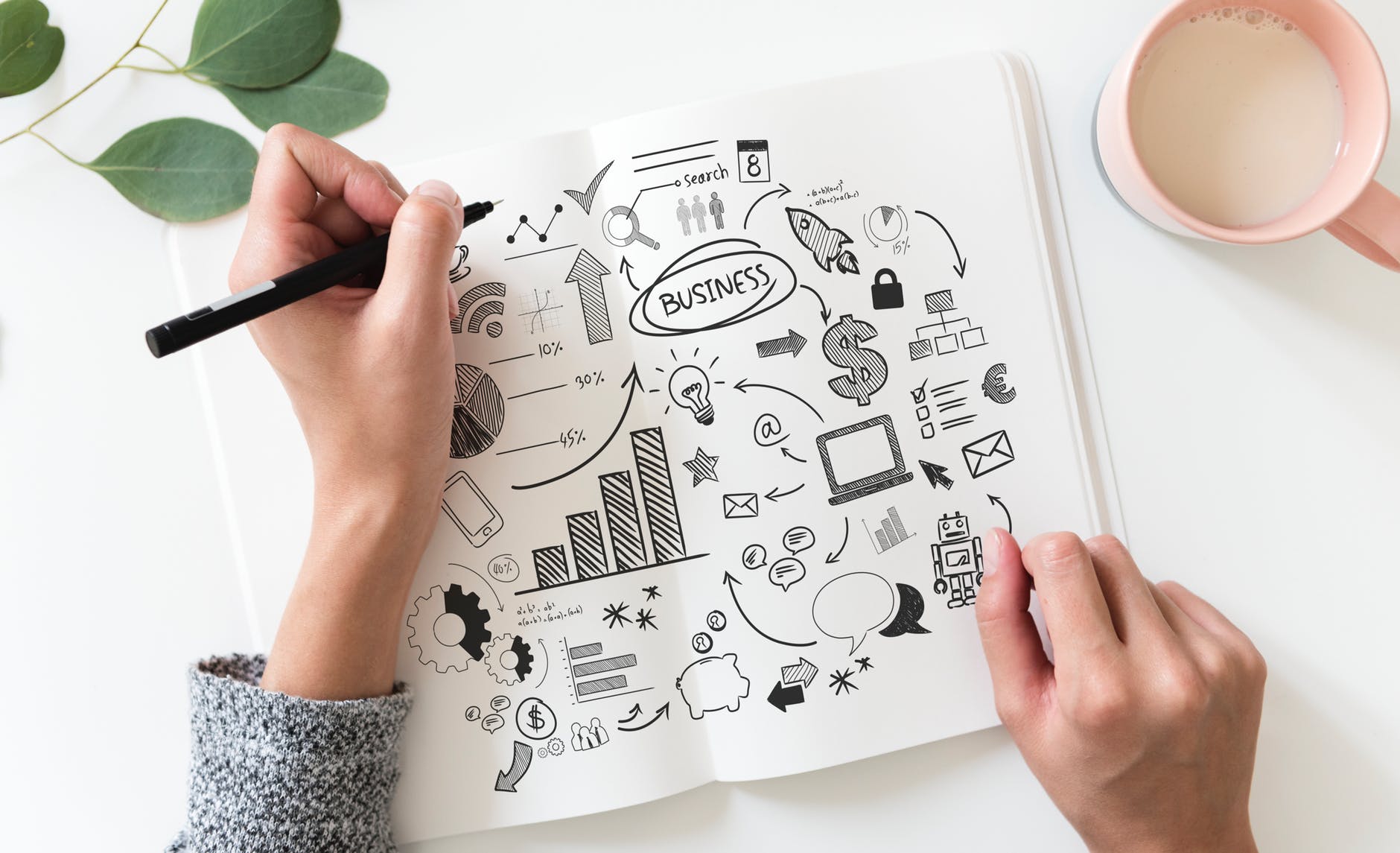 The decision to leave an organisation is hard enough for any employee, so why do employers harass the person leaving?

When I resigned from one of the companies I worked with, the acceptance letter, service letter, relieving letter and final cheque came in three tranches. The first two pointed out that for the next one year I could not join competition or indulge in any competitive activities as per my employment clause number 11.3.

I had made it known to my bosses that I was joining a rival, but they put the HR guy in front of me with these reminders. I cheekily wrote back to HR that the company should pay my salary for the next year if I had to sit at home for a year to honour their agreement. They said it was their standard global template and went silent on the pay. I also reminded them that they too had hired me from a competing firm and made me break a few similar obligations to my previous employer.

Non-poaching agreements that organisations routinely enter into are another area of blatant integrity violations by employers. Often leaving employees join another firm on an interim basis for a couple of months only to be hired from there eventually by the rival firm. Many employees after joining rival firms declare on their LinkedIn page that they have joined a “confidential” firm fearing backlash.

I just looked up one of my past employment contracts. It is about 28 pages long, and talks mostly about what I wasn’t supposed to do! As organisations continue to behave like feudal landlords of the past, employees have no choice but to innovate and beat them. So, should we blame the employees for breach of clauses in the contract which all favour the employer? The worst part is most organisations don’t even follow up on violations of non-poaching or non-competing citing the logistics of execution.

So why do they have clauses like these? Everybody who creates and signs the agreements knows it’s next to impossible to implement this anti-trade clause, though they know it may work as a deterrent to employees and prospective employers.

Every year organisations in India churn out millions of these anti-compete employment letters to recruit employees who break similar contracts with their employers to join them.

It’s a shame that we continue to do this with the full knowledge that it’s not enforceable. Some of the organisations selectively send legal notices to their leaving employees purely as vendetta. Take one of my former colleagues who received a notice from her Fortune 500 employer that she should pay them 1 Million INR as in damages as, despite signing a non-solicitation agreement, she had approached their client. She promptly sent them a note reminding them of Section 27 of Indian Contract Act (Agreement in restraint of trade or exercising one’s lawful profession) after which they went quiet, but it did distract her from her work for a few days. I am sure that is the kind of kicks her former boss had hoped it would provide.

I had asked my legal head when I was leaving one of my former employers why companies still practised this. He said: “You never asked this when we were hiring people with these clauses when you were with us. Occasionally we send out legal notices to erring former employees to act as an example to existing employees.” He added that an organisation would have the resources to go after an employee, whereas the person leaving would have to fight the case as an individual and pay for themselves. This again reveals the one-upmanship mentality with which organisations operate.

There are a couple of other things you need to fight when you announce your intention of joining a rival firm — cynicism and hostility during the notice period by bosses and peers. Hostility comes from bosses in the form of extending notice periods, giving you jobs that stretch just to frustrate you further and delay your leaving. We all know this behaviour does no good to their Glassdoor ratings, but should they really care about people who do not matter anymore?

I find it amusing that in the age of millennials organisations continue to come up with restrictive employee contracts. In the world of shorter employee tenures, flexible working arrangements and freelancers I wonder why we all are trying to be over-restrictive in our employee contracts. It’s difficult to protect organisation secrets in an invasive world. Any information a competitor wants to know can be obtained in no time. Why should we simply waste time increasing paper work which has no meaning?

I have decided that in my entrepreneurial venture the employee offer letter will be a simple two-page engagement note which radiates trust!

I am praying that I shall be graceful when my colleagues leave me to join rival firms!

View all
How Brand Strategy Can Help You Identify Your Purpose & Values
Calculated Risks and the Missing Competency of an Anticipatory Mindset
5 Money-Saving Tricks to Remember When Building an Ecommerce Website
5 Situations That Call for the Services of an Employment Lawyer
Leadership: Be More Open and Less Directive, Start With These Words
Don't Forget to Ask These Questions When Hiring an NYC Moving Company
5 Companies Committed to Hitting Net Zero in 2022
6 Ways to Control Erosion at Construction Sites
Is Deep Learning Useful For Disaster Management?
Energy Crisis: An Unexpected Ally Saved Europe From a Great Blackout
The Negative Environmental Impact Of Robotics
Electrical Engineering & Substation Training Using Virtual Reality
The U.S. Federal Reserve Feeds Cryptocurrency Volatility
Centralization Took Us Here, Cryptocurrencies Will Take Us There
What Three-Card Monte Can Teach you about NFTs
Crypto Has Evolutionary Benefits Not Revolutionary Hype
What Is A Bid Bond And How Does It Work? Find Out Here
The Growing Role of Machine Learning in Fraud Detection
Sectoral Training: Does it Work?
How Interest Rate Hikes May Trigger a Recession
Public Opinion on Capitalism and Socialism
Why Football Needs a Revolution? Introducing Football 4.0
Central Bank Digital Currency: The Fed Speaks
Who Benefits from Canceling Student Loans?
Is Artificial Intelligence Fueling a Nuclear Arms Race?
Dubai Becomes World’s First 100% Paperless Government
Is Social Media the Breeding Ground For Fake News?
Why Countries Need A National Artificial Intelligence Strategy
Money versus Currency: How Governments Steal Wealth
Eric Zemmour Officially Announces His Candidacy For French Presidency
How Augmented Reality is Helping Disabled People
The Forgotten Pandemic: The Shortage of Nurses
Pandemic Risks, Responses & Responsibilities: A Tale of Four (Bungled) Phases
Why Do Space Agencies Want to Bring 3D Metal Printing to Space
The Truth About Sugar Substitutes: Risk of Stroke and Dementia Masked by Simple Colors
Robotic Surgery: Benefits and Perspectives
Generate New Ideas From A Cluster of Strangers
How to Get Your Garden Ready For Spring
Why the Best Leaders Don’t Care About Tenure
Once You See It, You Can't Unsee It: The Galileo Complex
What I Learned as Japan's First Professional Podcaster
Everything You Need to Know About Writing a Book
Is the Blockchain Technology Doing Any Good to the Transportation Industry?
Is The World Ready for Instant IoT?
How Design Thinking Can Reboot Your Life & Career During A Crisis
Rethinking Data Science and Engineering: Data Sets and Time Series
Digital Ponzi Schemes: The Dark Side of Metaverse, Cryptocurrency & NFTs
Is It Time To Replace Manual Work Interactions with Artificial Intelligence?

How Brand Strategy Can Help You Identify Your Purpose & Values
Generate New Ideas From A Cluster of Strangers
Calculated Risks and the Missing Competency of an Anticipatory Mindset
Sectoral Training: Does it Work?
Is the Blockchain Technology Doing Any Good to the Transportation Industry?