PSD2 and APIs: How Open Banking will Unbundle Financial Services

PSD2 and APIs: How Open Banking will Unbundle Financial Services Regulations often hinder innovation rather than boost it, but PSD2 could radically change the relationship between banks and consumers — one where trust is everything.

It sometimes feels like the banking sector is more familiar with talking about disruption than experiencing it. Despite the hype and enthusiasm surrounding fintech, digital transformation has so far failed to make a meaningful mark on consumer services. Mobile banking was introduced nearly a decade ago, yet retail banks still believe merely having an app highlights how innovative they are. The time has come for real change in banking services.

Being responsible for the savings of millions of consumers tends to make organisations risk averse. Financial institutions want to be seen as modern, but they’re forced to approach innovation with iterative steps, rather than the great leaps and strides that mark real progress. This has become a persistent problem for the UK’s biggest banks, and it’s about to get a whole lot more urgent as open banking comes into effect.

The new open banking environment allows consumers and SMEs to authorise third parties to access their account information through open application programming interfaces (APIs). When Google Maps opened its APIs to developers, it created an explosion of new applications. Startups such as Deliveroo and Uber — valued in the billions — were suddenly made possible. And the same is about to happen to banking services.

Imran Gulamhuseinwala is global fintech lead at Ernst & Young and implementation trustee at the UK’s Open Banking organisation. He says:

“At its simplest, open banking APIs makes it much easier to view several accounts from different banks within a single app or website. Across the finance industry, the internet is transforming consumer expectations. Open banking is about more than keeping regulators happy. There’s a very real commercial opportunity to make the financial infrastructure more efficient, more flexible and better able to serve customers.”

New efficiencies that lead to cheaper current accounts, mortgages and credit card rates should be applauded, but they’re incremental changes rather than the revolution that fintech evangelists have been promising. The real innovation will come when firms can use account aggregation to deliver entirely new products and services — that’s when consumers will start to see major changes in retail banking.

In 2015, more than 80% of personal current accounts were held by the UK’s ‘big five’ retail banks, but their market dominance is fading. A combination of legacy IT systems, regulatory change and costly real estate have bogged down the incumbent banks and created an opportunity for challengers to thrive. According to PwC, the 10 largest of these challenger banks now serve more than 20 million customers. And they’re gaining momentum by focusing on individual services rather than trying to compete on all fronts. 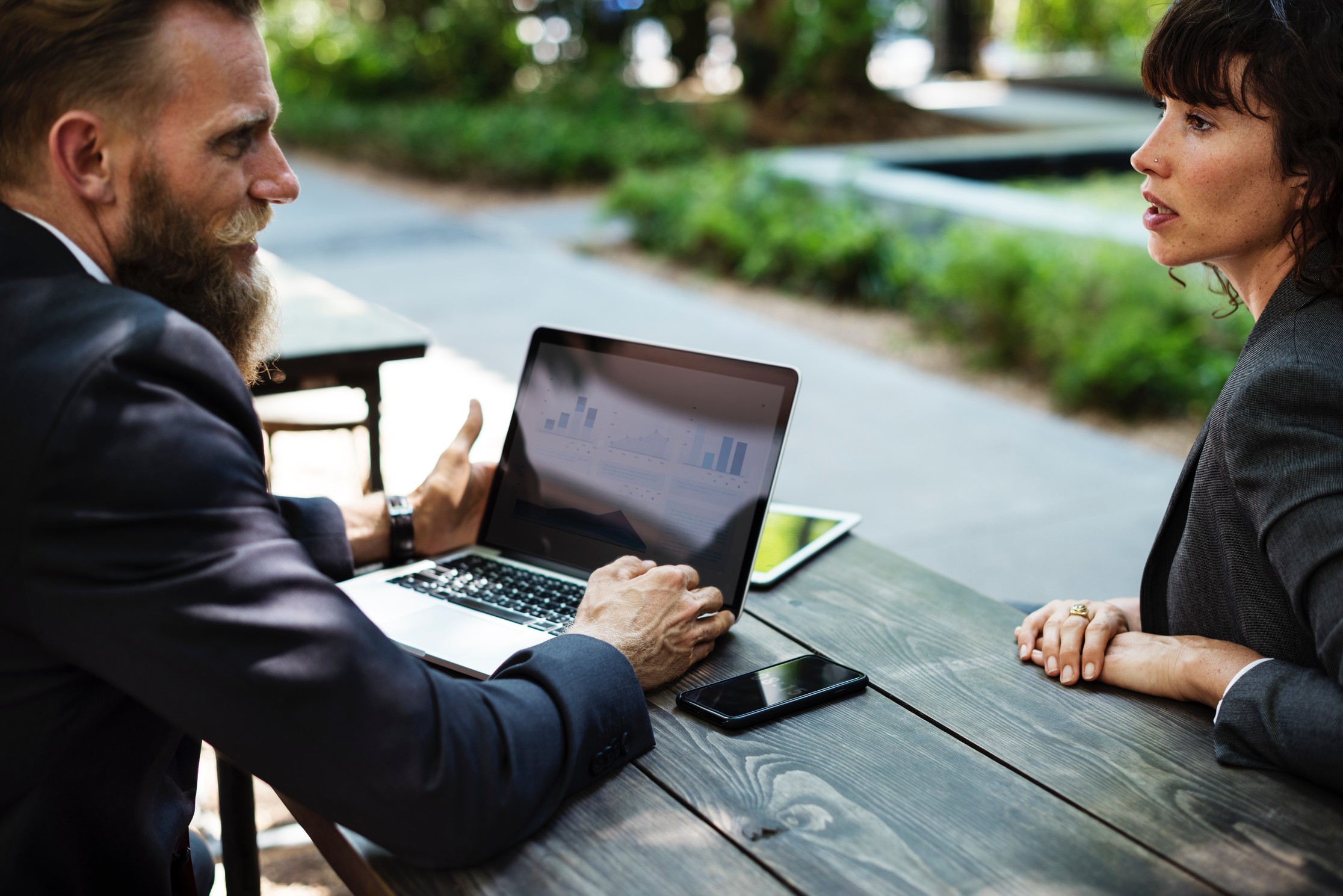 The introduction of the Payments and Services Directive (PSD2) in January means that challenger banks now have unprecedented access to data that was previously locked away by the ‘big five’. Over decades, these institutions have evolved into enormously complex beasts that fulfil five core functions: settling payments, performing maturity transformation, sharing risk, and allocating capital.

At Nile, we’ve been working with challenger banks to identify how they can use this new access to streamline existing banking services. In April, we joined Ulster Bank’s Bank of APIs Hack at Dogpatch Labs in Dublin. We found that the most common mistake was to focus too much on the technology and forget that success ultimately depends on the customer experience. As Neil Collman, practice director at Nile, puts it:

“There's a divide between the hype and reality in the work we're doing. On the one hand, clients and design teams are excited by the possibilities of PSD2, but they’re still largely focused on meeting the core regulatory milestones. In a similar way to GDPR, some customers understand PSD2, but don't really know how to make the most of it. We’ve been using service design to help those clients get closer to the customer perspective and develop strategies that build trust.”

Bank of England Governor Mark Carney believes the unbundling of services is the critical opportunity fintechs have to grasp if they are to propel the finance sector into a new era of innovation and prosperity. But if challenger banks are to succeed, they mustn’t forget that the most sophisticated technologies in the world won’t mean a thing if they can’t be trusted by consumers — and right now trust in digital services is at all time low.

In the new era of open banking, financial institutions are increasingly thinking of themselves as data companies. But at a time when controversies like the Cambridge Analytica scandal are rocking even the world’s most popular tech companies, banks will need to provide meaningful incentives if they expect consumers to consent to sharing their data. A survey by Accenture found that more than half of UK consumers say they will never change their existing banking habits. So open banking has some challenges ahead yet.

It seems unlikely that PSD2 will be the revolution some hoped it would be, but the landscape will begin to shift — albeit gradually. Open APIs will create fresh opportunities to integrate innovations such as blockchain, biometrics and artificial intelligence and enable them to become part of the industry’s daily operations. New entrants will find it easier to compete with and even outperform larger organisations with a narrower focus on providing consumers with new products and services. The key will be winning their trust.

Here at Nile, we design experiences that help organisations deliver value for their customers. Contact us today to find out how we can help you prepare.

Sarah Ronald is founder of Nile, a Gold Cannes award winner and a pioneer in the field of commercial service design. She holds an MA in Psychology and an MSc in Human Computer Interaction, and was an executive steering member of the British Interactive Media Association for five years.

About Nile | Service design with ambition

We develop solutions and strategies that are right for your brand, your business and your customers. Our backgrounds stem from behavioural research and digital design. We’re passionate about designing simple, effective products and services. If you have a challenge for us, get in touch — hello@nilehq.com.

View all
Integrating AI-Powered Visual Inspection for Detecting Defects in Manufacturing
The Benefits Of Electrical Equipment Preventive Maintenance
It’s Time To Replace RPA With IPA In Recruitment Procedures
A Recruitment Technology That Goes Beyond CV Keywords
Diversify Your Company with Auxiliary Services
4 Things You Need To Start Building Your Personal Brand
The European Union’s Misguided Energy Price Cap Proposal
Blackstart: How the Grid Gets Restarted & Why It Matters
Help After a Hurricane: Rebuilding Finances After a Storm
Everything You Need to Know About Climate Change
How The Internet of Things Can Promote More Sustainability
Expert Tips To Create An Environmentally Conscious Workplace
Warren Buffett on the Ovarian Lottery
Income Inequality for US Households
9 Top Tips For First Time Landlords
Considering A Remodel? Here Are 6 Tips To Stay On Budget
Applications of Neural Networks in the Insurance Industry
When Should You Get an Emergency Loan
Some Economics of Dominant Superstar Firms
Updates on the Social Cost of Carbon
Female Autonomy and Economic Development
Marwan Kheireddine: Going ‘Back to Basics’ Can Rescue Lebanon’s Economy
The Challenges of Measuring Discrimination Against LGBTI Individuals
When Surrounded By Exponential Growth, “Wait and See” Can Mean Missing An Opportunity
How Governments Can Leverage AI To Detect And Prevent Future Terrorism Events
Should Central Banks Fear Inflation or Recession?
The Safest and Most Dangerous Places to Work in the UK
Investment Charges When Mexico Privatized Social Security
Henry Adams on the Corruptions of Power
Former Pakistan Prime Minister Imran Khan Shot in Foot in Clear Assassination Attempt
4 Use Cases of Image Processing in Computer Vision
Artificial Intelligence Can Help Therapists Ease Mental Healthcare
Can Artificial Intelligence Surpass Racial Bias?
6 Tips To Help You Stay Looking Young
The Science Behind Hydroponic Food Systems
How Big Data, AI, IoT and Deep Learning Are Powering Modern Healthcare
Wrong Diagnosis Means Wrong Remedy
Ultimate Guide To Taking Proper Care Of Curly Hair
How Does a Content Management System Help Improve the Efficiency of the Education System?
Allez Le Maroc—World Cup 22
How To Choose The Right Glasses For The Shape Of Your Face
Everybody Starts Someplace
Making AI Real - From Data to Wisdom
How Computer Vision is Transforming the Retail Industry
Is Your Mobile Plan Working for You? 3 Signs You May Need to Switch
How To Find The Top Healthcare IT Specialist
What Is Domain Name Registration and How Is It Done?
The Boring Technology Transformation