Stop Itemizing Everything: Move Beyond Competition

Stop Itemizing Everything: Move Beyond Competition 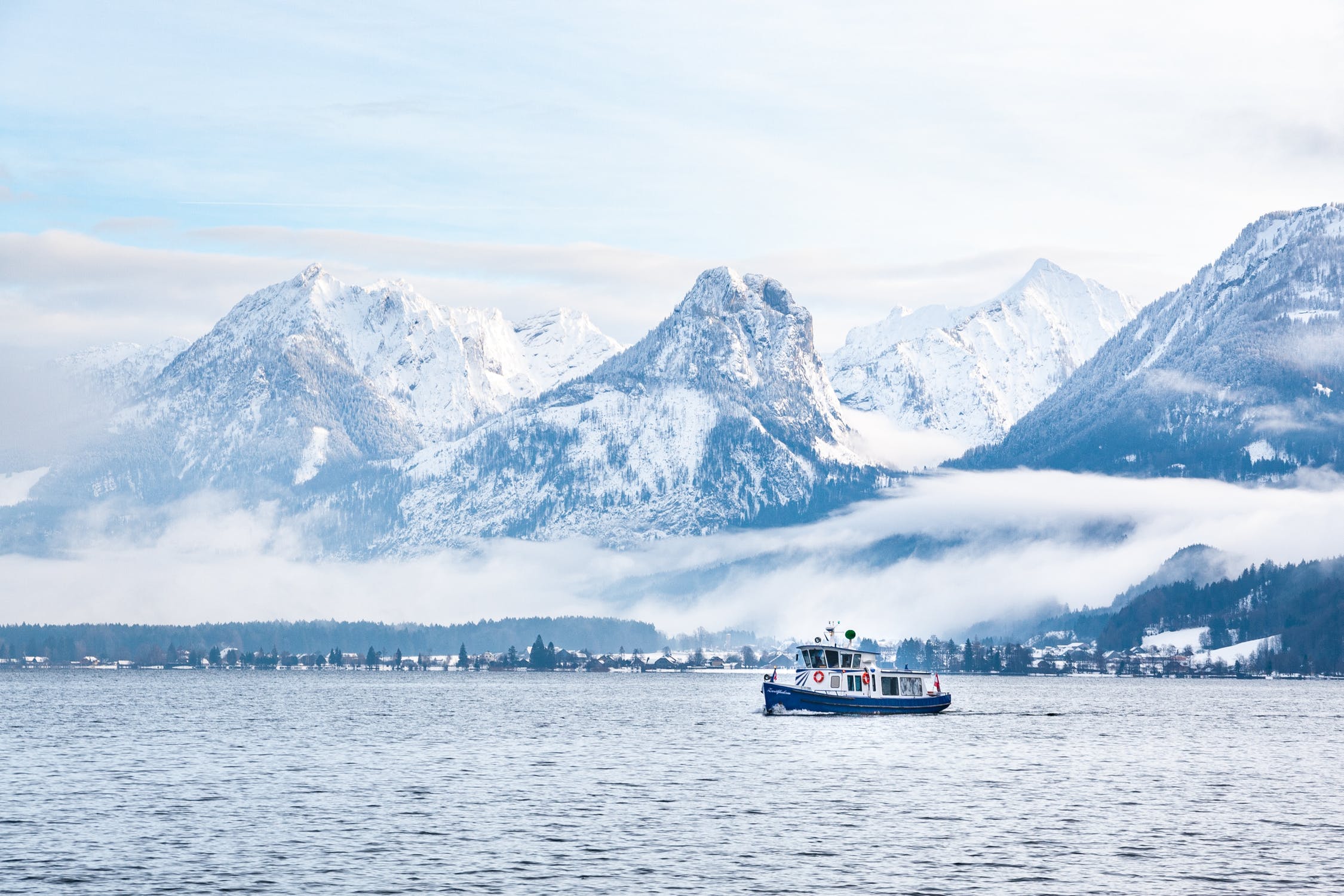 Human beings are competitive in all circumstances, and it has only intensified in today’s predominantly technologically advanced world.

No matter the industry or particular field, competition is fierce, and regardless of what you and your organization do in terms of products or services, there’s inevitably someone else offering a competitive alternative. In that case, your goal becomes to “beat” or outdo those competitors, whether that means greater sales, more customers, or some other benchmark relevant to your industry.

But what if you could move beyond the idea of competition and no longer needed to see the competition as “competition,” necessarily? Would this be a bona fide game changer for you and your business, allowing you to move your organization past an “us versus them” struggle and into innovation without a constant knee-jerk comparison to paranoid levels as to what others in your industry are doing that you might not be?

This can happen, but it involves unplugging a well-established mind-set and developing an anticipatory outlook that both redefines and reinvents what you do.

Competition Is Dangerously Synonymous with Disaster

There are dozens of real-world examples of organizations that tried to compete, only to encounter enormous problems and often disaster because of it. A whole industry tried to compete by way of lawsuits when the Internet dawned the ability of downloading music, which translated to individuals feeling as though their favorite artists were suing them for being diehard fans wanting nothing more than easier access to their favorite music.

Meanwhile, Apple debuted iTunes, which was redefining the idea of buying music through the convenience of purchasing single MP3s as opposed to whole albums, combating illegal downloads. Years later, Spotify capitalized on this turbulent industry by way of streaming music for a subscription fee.

In so many words, while industries as big as the music and entertainment industry hunkered down in competition, others were using redefinition and reinvention to move well past that.

Moving beyond the idea of competition through reinvention and redefinition doesn’t involve a mere tweak to an existing product or service or some other variation on a theme, but it means complete, utter change; a one-way move into the future, with no doubling back or second-guessing the plan.

Looked at another way, with the music industry debuting hundreds of top singles every year via the Internet and streaming services, which simultaneously gives individuals the opportunity to listen to said singles as many times as they’d like. Another arm of the music industry still surprisingly alive and trying desperately to win through competition is the world of mainstream radio. Even their initial draw of having talk shows is being replaced by podcasts found on Spotify as well. There’s no way you’re going to sit and wait for hours by a radio to hear your favorite song again.

Change the Definition of Benchmarking

Competition inherently invites comparison and the idea of benchmarking or itemizing everything you do in comparison to the competition. Another person or organization is offering this product or service or has reached a certain level of sales, causing you to note those comparatives and focus only on exceeding them.

The problem is you may be inadvertently limiting your success by way of benchmarking against a lackluster product or service, causing you to continually fall behind as competitors move on to something much greater.

My system of anticipation allows you to jump far ahead of what may be considered conventional benchmarks by way of paying attention to the Hard Trends shaping your industry from both inside and out. In effect, it allows you to ask yourself: “How can I completely remake something instead of merely changing it—and, in so doing, move beyond merely competing?”

Here’s an example. One definite hard trend is convergence—things of all sorts coming together, from products capable of a greater number of functions to entire industries converging. That leads to all sorts of anticipatory-focused questions. What products does your organization offer that could benefit from convergence and, in effect, move beyond competition? One could speculate that Spotify may replace Sirius satellite radio in automobiles one day, where you don’t even need your smartphone to play music from your Spotify account in your car!

Further, how will your industry be affected by convergence, and what resulting opportunities can you anticipate? With my example in the previous paragraph, how would Spotify benefit from that type of convergence with automobiles, and how would that leave some sort of gap in their business on smartphones and mobile devices? The anticipatory mind-set moves you and your organization past the simple, limiting one-upmanship of competition by redefining and reinventing.

What opportunities are ready for reinvention in your organization? Get guidance for moving beyond simply competing with the principles in the Anticipatory Leader System.

***Don’t miss my webinar this week on “What’s Causing The Retail Apocalypse?” Join me on Friday, February 14th at 10am PT / 1pm ET. Sign up with the registration link below:

View all
This CEO Gave a Paid Week Off to Combat Burnout, and It’s a Great Example of Leadership
10 Surefire Ways to Improve Execution in Your Business
The Impact of COVID-19 on Content Marketing
Agility is a Short-Term Strategy: Anticipation Brings Exponential Change
Are Low Quality Electronic Components Damaging Your Business? Here Are 3 Consequences You Should Be Aware of
What is Marketing Collateral and Why Should You Care?
6 Sustainable Swaps for an Eco-Conscious Home
Sustainable Fashion: Recycling Challenges in The Textile Industry
Is The Internet of Things Making Way For Smart Agriculture?
Clean Energy and Pro-Mining
Lithium for Car Batteries: A Demand Shock Example
Sustainability Reporting Is Not A Proxy For Progress
Withheld Too Little? Your Guide To The IRS Penalty Relief
Banking: The Way It Was and The Way it Will Be
How to Financially Prepare for Retirement
How Well-Known Investors Have Succeeded and the Strategies they Use
Cashing Out a College Education: 5 Reasons You Should Pursue a Finance Major
Everything You Need to Know to Open and Access an Offshore Bank Account
Some Economics of Black America
Commodities, Supply-Chains and Structural Changes in Demand
Interview: Amartya Sen on a Bicycle
From Pandemic to Digitalization to Productivity?
The G-7’s Reckless Commitment To Mounting Debt
The Social Nature of Government Actions
Political Economy of the Pandemic Response
Queen Elizabeth II Marks 95th Birthday in Private
Covid-19 and Fake News: Exponential Rise of Conspiracy Theories and How to Prevent Misinformation
UK Budget 2021: Corporate Tax Rise, VAT Cut for Hard Hit Sectors Extended & Income Tax Thresholds Frozen
What If George Washington Lied?
Judges and Ideology
Europe is Having a Robots Right Debate: Do Robots Deserve Human Rights?
Healthcare's UI is Simply Unfinished
Dealing with Long COVID...Today
Engineering a Symbiotic Artificial Superintelligence by 2025
The Role of Context in Data
When the Invention Becomes the Inventor: How AI is Making Inroads in Scientific Discovery and Innovation
A Basic Guide to Home Warranty Coverage
Safe Travel Ideas During the Pandemic
Measuring Content Marketing Performance in B2B
Leadership: How To Know That You Are Doing Well As A Leader
6 Reasons Why Entrepreneurs Love Muay Boran
Finding Hope Amidst Traumatic Events: Can Trauma Improve Education
Five Benefits of Leveraging Loan Servicing Software in Your Daily Operations
Smart Security Needs Smart People More Than It Needs Smart Technology
Paying Ransomware Should be Illegal
Landbot Review: An Intuitive & Easy-to-Use Chatbot Builder
How to Export Your Outlook Calendar
2 Biggest Factors Driving the Future of Cybersecurity