What Can We Learn from Scammers in Human Psychology?

What Can We Learn from Scammers in Human Psychology? 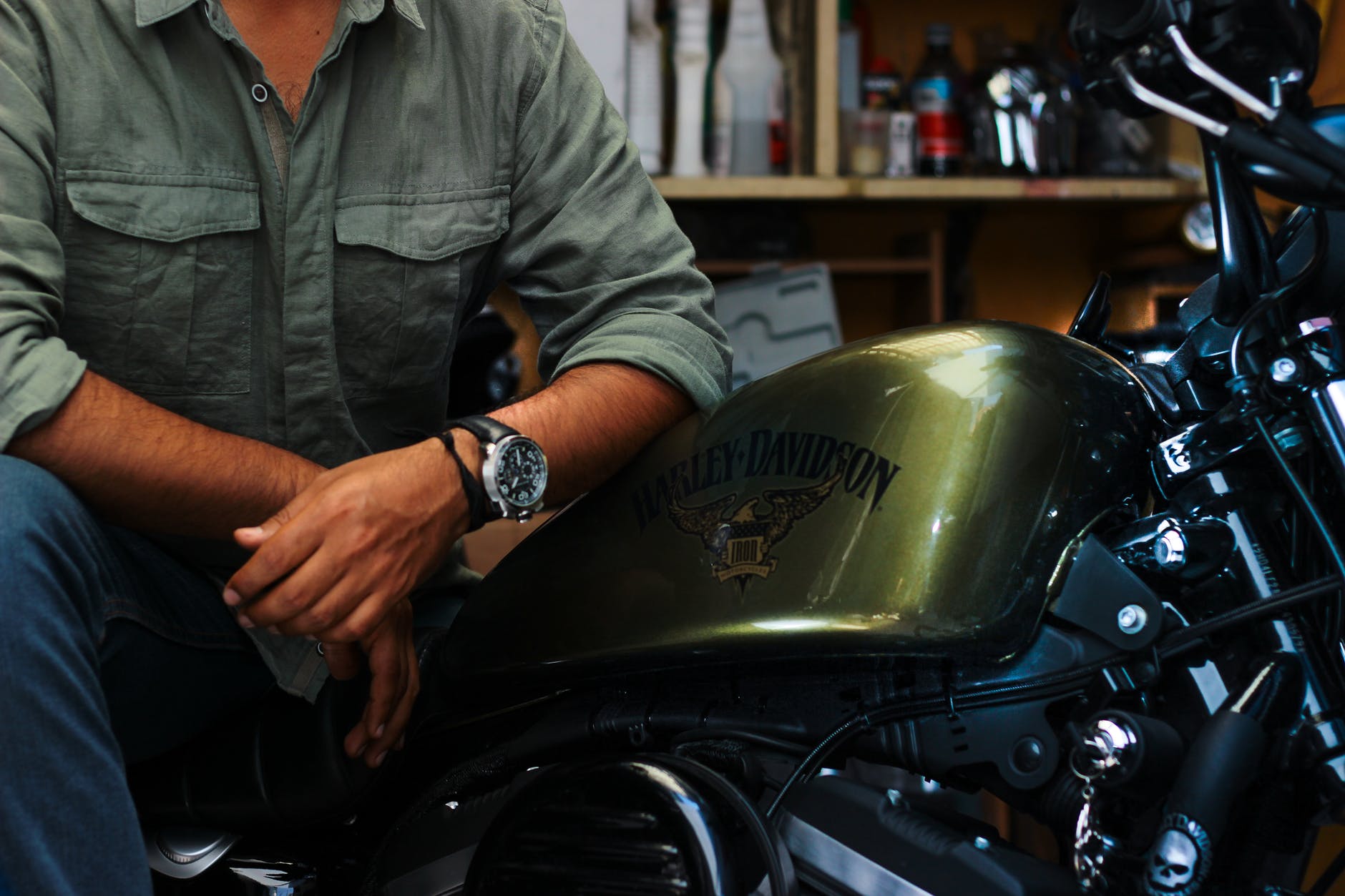 No matter what they claim, most people have fallen prey to a scam, at least once in their lives. From simple cons at the vegetable market to major scams in the stock market, everyone has a story. Once they know they’ve been had, most people get extremely suspicious as a way to counter getting tricked. A more useful reaction is to understand why you get fooled. Why do we look past what seems quite obvious in retrospect? The answer lies in psychology and the con-men know it best.

Magicians have known for centuries. Their sleight of hand and use of distraction, while they may not realize the science behind it, is based on the loopholes in the brain—this includes biases, over-confidence, poor attention spans and more. They know that people tend to be locked into certain patterns of thinking and they take advantage of it. This knowledge also means that they can spot a swindler or a bogus theory or a made-up monster without blinking since they understand why people would be fooled.

A major reason for why we get fooled is over-confidence. Most people think they are too smart to be fooled. Their brains come up with alternate pathways so that they don’t have to admit that they were wrong. They would rather give the conman, the benefit of the doubt. We end up taken in by things that are objectively impossible but we prefer whatever explanation makes us believe that we weren’t wrong. When you go into a situation with the assumption that you are too smart to be fooled, you will never see it coming. Instead admit that you have blind-spots and ask lots of questions.

People are often easily distracted. They’re usually texting or otherwise in a day-dream. It makes it very easy to cheat them. Change blindness in humans is a recorded phenomenon. This means that we tend not to notice changes, often large, when we are distracted or focused on something else. Often, there is not even a need for distraction. Studies have shown that people miss out on changes in pictures that have the same background but major other differences. These two images are shown one after the other and people still miss it. The next time someone is talking really fast or gesturing really wildly, pay close attention to what they’re really saying and also to what they aren’t saying. Often, the lie is in the omission.

We’ve all got into arguments with people over events that happened, just a few nights ago. Everyone is convinced that their recollection is perfect and everyone else is wrong. Even when it was just a few days ago, everyone’s memory of it seems different. This could be explained by the fact that our brains have a delete button. In addition, neuroscience and psychology has found that we get the highest resolution at the centre of the eye. As we go to the edges, it lowers. Our blinking and constant moving of our eyes, often involuntarily, results in sections being cut off. Our memories and our perceptions, quite literally, are flawed. But we don’t think that either could be wrong. An example where this comes into play is if someone has been giving you a combination of originals and fakes of a certain product. Even if there is a possibility that you were cheated, your brain will selectively point out all those originals and just like that, you’re convinced by your memory and your perception.

It is not always greed that causes people to fall for schemes though it is definitely part of it. There are times when people genuinely have needs that they can’t fulfil and that makes them participate in something-for-nothing ideas that leave them worse off. It is hard to admit a vice like greed, though it is somewhere within us. We all like the idea of luxury and riches and often when our heads are in the clouds, we land in a ditch.

Our brains function in such a way that physical experiences are more valid than theoretical ones. If you saw a psychic or mentalist in action and they made something move without seeming to touch it; that is a memory of supposed physical proof. If someone who has studied psychics and knows how they pull off their tricks, explains to you that theoretically, it can be proven that the psychic is lying, you will still trust the ‘physical’ experience from your memory. In your mind, what you saw is greater than any theory.

We live in a world that is less than ideal. Everyone is out for their own gain and often they don’t care who they have to step over to get it. While you obviously cannot shut yourself away and exist in a bubble of suspicion, without interaction, you can still avoid being tricked. Study the way our brains work and try to fill in the vulnerabilities that you have. Staying vigilant and alert while making transactions, whether big or small is obviously a practice you should begin. In conclusion, accept that you can be fooled but understand that you can learn from it.

View all
Benefits of Digital Marketing for Your Business
Company Branding What's It All About?
7 Useful Small Business Marketing Tips
If You Hire the Right Person, Everything Goes Ten Times Better
Need To Get Ready For That Job Interview Soon? Listen To These Tips
What to Do If Someone Hurts Themselves in Your Store
The Drill-Baby Carbon Tax: A Grand Compromise on Energy Policy
The Natural Resources Curse
4 Ways To Make Sustainability A Part Of Your Everyday Life
Hurricane Ian: More Than 1 Million Floridians Without power
Green Blockchain Plays a Major Part in Fending Off Climate Change
8 Great Ways to Help You Save Energy
The Path to Smarter, Greener Banking
10 Ways to Simplify Your Business
Fintech Has Evolved a Very Different ‘Core’ Technology Architecture
Accelerated Disruption in FinTech
Sunk Costs: Why You Should Pay Attention
Could Crypto’s Recovery Come from a Crash in China’s Yuan?
How the World Can Feed 9 Billion People
Income of the Top 1%
Who is Using $1 Trillion in U.S. Currency?
Dollar Strength and Global Currency Debasement
Some Economics of Diapers
US Household Wealth: 1989-2019
More Than 330,000 Deaths in the U.K. Due to Austerity
King Charles III's New Royal Cypher Revealed
76 Theses on American Patriotism
Why Are More People Becoming Right Wing?
A New Law That May Impact Prince Andrew, Princess Beatrice and Prince Harry
King Charles Meets Northern Ireland's Political Leaders During Historic Visit
Building a "Woke" AI
Asteroid Hit by Nasa Probe Leaves 10,000 km of Debris
Is Virtual Time Travel Possible With Machine Learning and Mixed Reality?
The Importance of Blockchain in Clinical Trials
Reflections on HackZurich 2022 with Swiss Re
The Intellectual Abilities of Artificial Intelligence
Capitalism Can Not Survive the Singularity
The Importance Of Establishing A Morning Routine
Mourinho and Ferguson Have Iconic Phrases Added to the Oxford English Dictionary
Fixing A Broken Garage Door Is Important For These Reasons
How To Make Your Workplace More Accessible
Breathing Space for October
Harnessing The Power of Alternative Data Insights
Intelligent Technology Simplified: Smarter Machines = Smarter Humans
Elon Musk is Teasing a Mysterious "Everything App"
How Computer Vision Paired with AR Can Be Used for Navigation Aide
Are Microchips Consumer-Friendly or a New Frontier in Surveillance?
How Computer Vision-Powered Pose Estimation Can Optimize Smart City Mobility

Benefits of Digital Marketing for Your Business
Harnessing The Power of Alternative Data Insights
Company Branding What's It All About?
Intelligent Technology Simplified: Smarter Machines = Smarter Humans
Capitalism Can Not Survive the Singularity