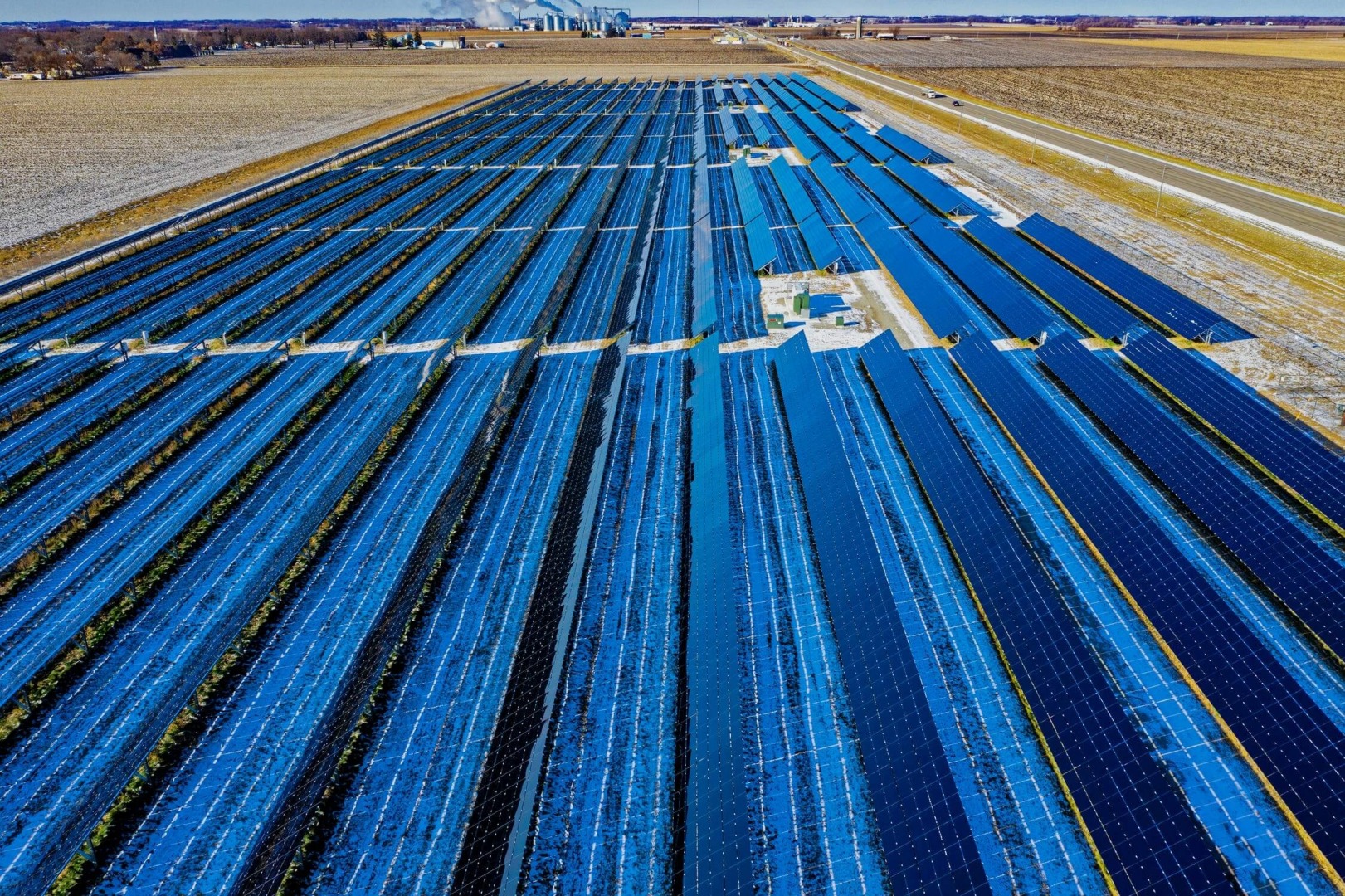 One approach to the goal of reducing carbon emissions is sometimes called "electrification of everything," a phrase which is a shorthand for an agenda of using electricity from carbon-free sources--including solar and wind--to replace fossil fuels.

The goal is to replace fossil fuels in all their current roles: not just in generating electricity directly, but also in their roles in transportation, heating/cooling of buildings, industrial uses, and so on. Even with the possibilities for energy conservation and recycling taken into account, the "electrification of everything" vision would require a very substantial increase in electricity production in the US and everywhere.

A necessary but often undiscussed consequence of this transition is a dramatic increase in mining, as discussed in "The Role of Critical Minerals in Clean Energy Transitions," a World Energy Outlook Special Report from the International Energy Agency (May 2021). The IEA notes:

An energy system powered by clean energy technologies differs profoundly from one fuelled by traditional hydrocarbon resources. Building solar photovoltaic (PV) plants, wind farms and electric vehicles (EVs) generally requires more minerals than their fossil fuelbased counterparts. A typical electric car requires six times the mineral inputs of a conventional car, and an onshore wind plant requires nine times more mineral resources than a gas-fired power plant. Since 2010, the average amount of minerals needed for a new unit of power generation capacity has increased by 50% as the share of renewables has risen.

The types of mineral resources used vary by technology. Lithium, nickel, cobalt, manganese and graphite are crucial to battery performance, longevity and energy density. Rare earth elements are essential for permanent magnets that are vital for wind turbines and EV motors. Electricity networks need a huge amount of copper and aluminium, with copper being a cornerstone for all electricity-related technologies. The shift to a clean energy system is set to drive a huge increase in the requirements for these minerals, meaning that the energy sector is emerging as a major force in mineral markets. Until the mid-2010s, the energy sector represented a small part of total demand for most minerals. However, as energy transitions gather pace, clean energy technologies are becoming the fastest-growing segment of demand. 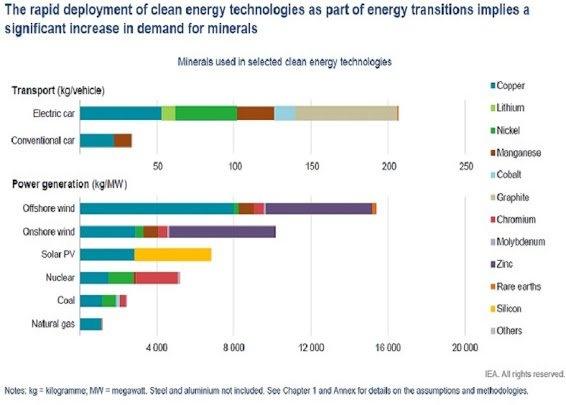 The IEA is careful to say that this rapid growth in demand for a number of minerals doesn't negate the need to move to cleaner energy, and the report argues that the difficulties of increasing mineral supply are "manageable, but real." But here is a summary list of some main concerns:

High geographical concentration of production: Production of many energy transition minerals is more concentrated than that of oil or natural gas. For lithium, cobalt and rare earth elements, the world’s top three producing nations control well over three-quarters of global output. In some cases, a single country is responsible for around half of worldwide production. The Democratic Republic of the Congo (DRC) and People’s Republic of China (China) were responsible for some 70% and 60% of global production of cobalt and rare earth elements respectively in 2019. ...Long project development lead times: Our analysis suggests that it has taken on average over 16 years to move mining projects from discovery to first production. ...Declining resource quality: ... In recent years, ore quality has continued to fall across a range of commodities. For example, the average copper ore grade in Chile declined by 30% over the past 15 years. Extracting metal content from lower-grade ores requires more energy, exerting upward pressure on production costs, greenhouse gas emissions and waste volumes.Growing scrutiny of environmental and social performance: Production and processing of mineral resources gives rise to a variety of environmental and social issues that, if poorly managed, can harm local communities and disrupt supply. ...

Higher exposure to climate risks: Mining assets are exposed to growing climate risks. Copper and lithium are particularly vulnerable to water stress given their high water requirements. Over 50% of today’s lithium and copper production is concentrated in areas with high water stress levels. Several major producing regions such as Australia, China, and Africa are also subject to extreme heat or flooding, which pose greater challenges in ensuring reliable and sustainable supplies.

The policy agenda here is fairly clear-cut. Put research and development spending into ways of conserving on the use of mineral resources, and on ways of recycling them. Step up the hunt for new sources of key minerals now, and get started sooner than strictly necessary with the planning and permitting. And for supporters of clean energy in high-income countries like the United States, be aware that straitjacket restriction on mining in high-income countries is likely to push production into lower-income countries where any such restrictions may be considerably looser.