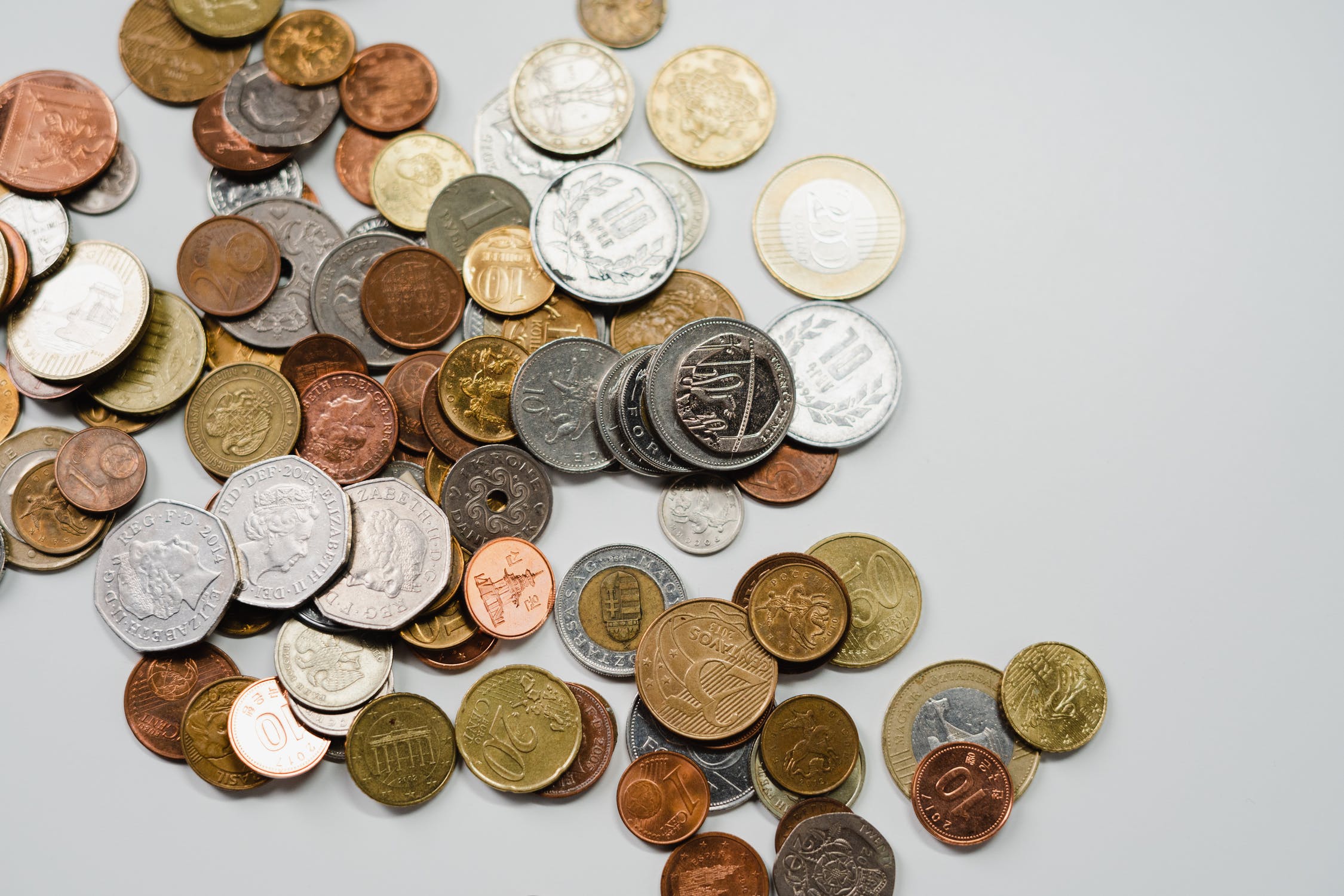 The formula is V= GDP/M: that is, take the size of the GDP for a year and take a measure of the money supply. Then velocity will tell you how many times that money circulated through the economy in a given year.

During the pandemic, the velocity of money has slowed way down. One manifestation is the shortage of coins at many retailers. Tim Sablik tells the story in "The COVID-19 pandemic disrupted the supply of many items, including cold hard cash" (Econ Focus: Federal Reserve Bank of Richmond, Fourth Quarter 2020, pp. 26-29). One signal came from the coin laundries. Sablik writes:

"I started getting a few phone calls from members asking, 'Is it just me, or are more quarters walking out the door than before?'" says Brian Wallace, president of the Coin Laundry Association. Of the roughly 30,000 self-service laundromats in the United States, Wallace says that a little more than half take only quarters as payment to operate washers and dryers. Before the pandemic, some of these coin-operated businesses would take in more quarters each week than they gave out, meaning that most customers brought their own change to the laundromat rather than exchanging bills for quarters. But as the pandemic intensified, many of those business owners who had been used to ending the week with a surplus of quarters suddenly found they had a deficit. They turned to their local bank to purchase more, but the banks had no change to spare either.

In June 2020, the Federal Reserve started rationing the supply of coins.In an absolute sense, there didn't seem to be an overall shortage of coins. There are about $48 billion of coins in circulation, and that total didn't fall. Instead, with people paying more bills online and with debit or credit cards, the velocity of circulation for coins dropped, falling by about half.

You may not have been aware, as I was not, that the Fed created a "US Coin Task Force" to get those coins moving again, nor that last October was ""Get Coin Moving Month." However, "[o]ne aquarium in North Carolina shuttered by the pandemic put its employees to work hauling 100 gallons of coins from one of its water fixtures that had served as a wishing well for visitors since 2006."

Of course, the drop in velocity of money isn't just coins, but involves the money supply as a whole. The Federal Reserve offers several textbook definitions of the money supply, with differing levels of breadth.

There are several standard measures of the money supply, including the monetary base, M1, and M2.

Here's one figure showing velocity of M1 over time, and another showing velocity of M2. In both figures, you can see that velocity has been on a downward path--although the path looks different depending on the measure of the money supply. You can also see the abrupt additional fall in velocity when the pandemic recession hit. 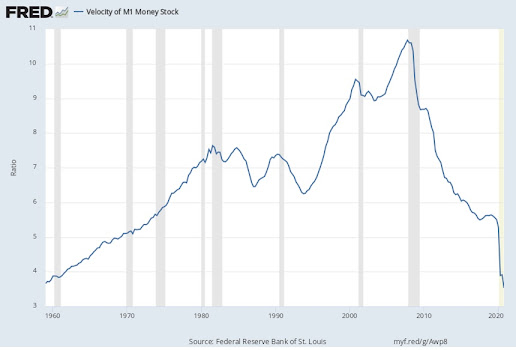 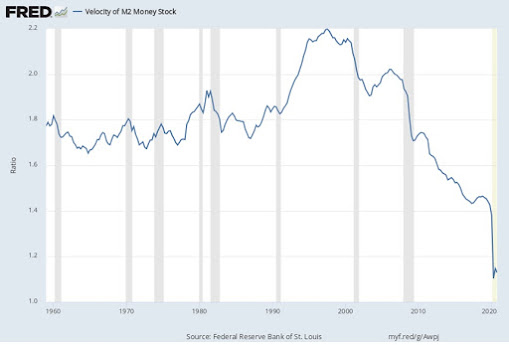 There was a time, back in the 1970s, when the velocity of M1 looked fairly steady and predictable, climbing slowly over time. Thus, some monetary economists, most prominently Milton Friedman, argued that the Federal Reserve should just focus on having the money supply grow steadily over time to suit the needs of the economy. But when M1 velocity first flattened out and then started jumping around in the 1980s, it was clear that focusing on M1 was not a good policy target, and when M2 starting moving around in the 1990s, it didn't look like a suitable target either. At present, velocity is not especially interesting as a direct part of Fed policy, but continues to be interesting for what it tells us about how changes in how transactions and payments flow across the economy.