The Shrinking Role of European Companies in the Global Economy

The Shrinking Role of European Companies in the Global Economy 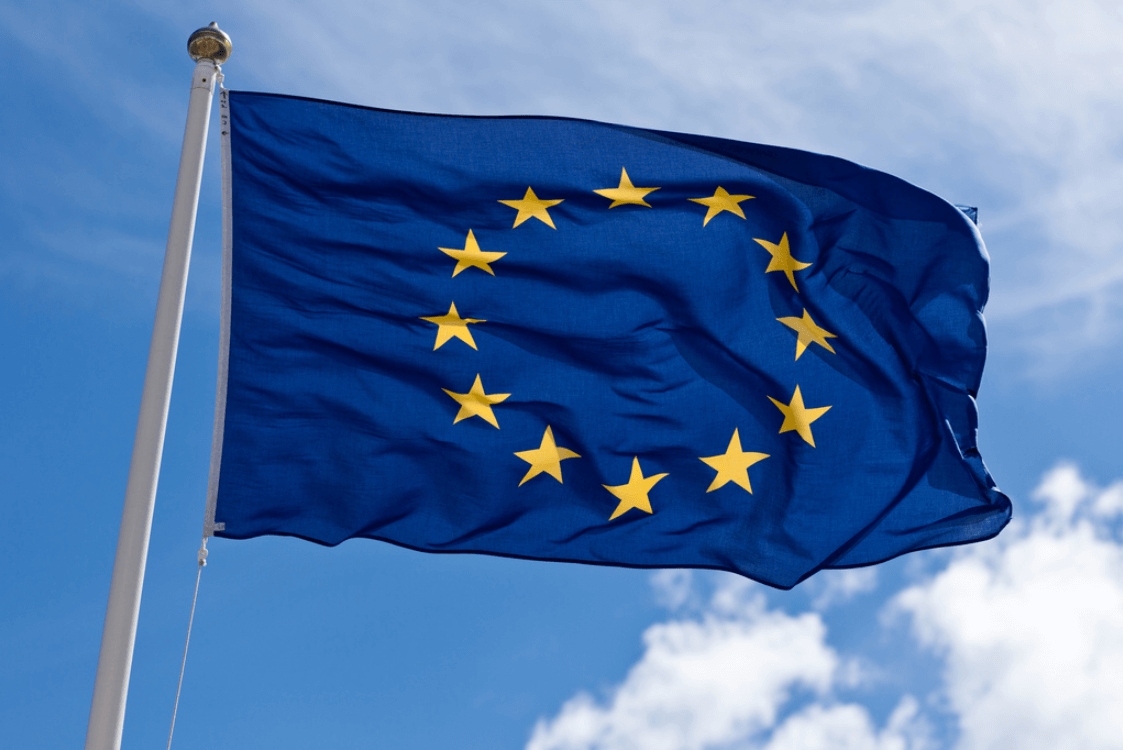 The Economist titled its article on European corporations: "The land that ambition forgot. Europe is now a corporate also-ran. Can it recover its footing?" (June 5, 2021).

The article is well worth reading, but here are a couple of snapshots and my own reactions. Notice in particular that these changes are fairly recent. The horizontal axis in these graphs starts only two decades ago.

The share of EU companies among the largest in the world has been declining: "In 2000 nearly a third of the combined value of the world’s 1,000 biggest listed firms was in Europe, and a quarter of their profits. In just 20 years those figures have fallen by almost half." 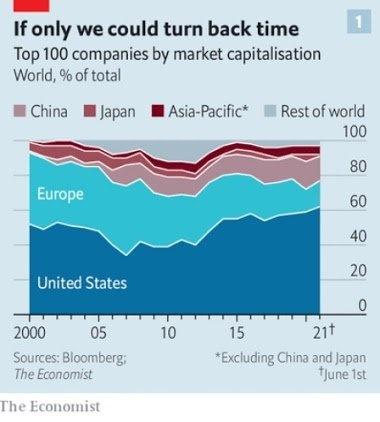 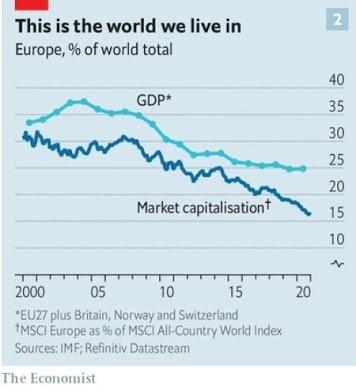 Europe has often been a world leader in drawing up rules and regulations that companies must follow, in areas including digital privacy, environmental protection, use of genetic modification technologies, and so on. However, the EU countries have overall, judging by performance, have not been an especially friendly place to start or run a company, The European Union itself remains a fractured economic zone, separated by barriers set up by national governments, as well as by language and cultural differences.

The Economist writes that big EU companies have in recent decades been preferring to expand their sales and operations overseas, rather than in their home base.

Companies are social mechanisms both for organizing current and future production, and also for planning and investment needed for future innovations in production methods and new products. Europe has a smaller share of these engines of production.