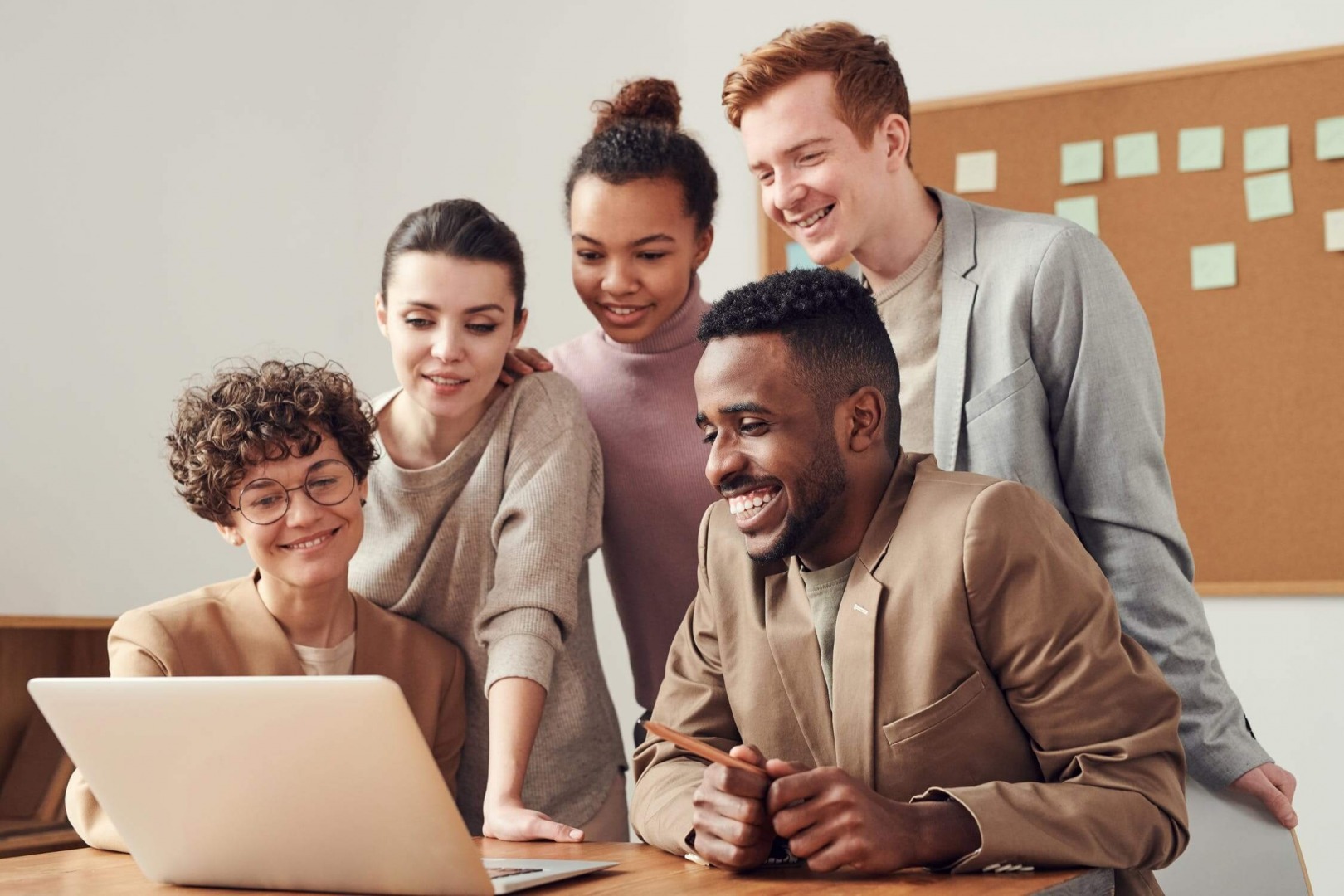 Coauthorship of economic research has risen considerably, and it's probably past time to think more seriously about the tradeoffs involved.

Benjamin F. Jones tackles the issue in "The Rise of Research Teams: Benefits and Costs in Economics" (Spring 2021, Journal of Economic Perspectives, 35:2,  191-216). A 25-minute audio interview with Jones about the paper and its themes is available here.

Here are some basic facts as a starting point. The share of published economics research papers that is solo-authored is shown by the red dashed line, measured on the right-hand axis. The top figure shows all research journals; the bottom figure shows the "top five" highly prominent research journals. As you can see, almost all economic research was single-authored in 1950. Now, it's down around 20%, The solid blue  line  shows the average number of authors per research paper. Back in 1950, it was around 1.1 or 1.2--say, out of every five papers, four were single-authored and the fifth one had two authors. Now, it's up around 2.5 authors/paper--thus, papers with two or three authors are common, and more authors is not uncommon. Jones slices and dices this data in various ways. For example, it turns out that there is also a steady trend toward papers with more authors being more heavily cited. Jones defines a "home run" paper as one that is among the top in number of citations received for papers published in that year.

Moreover, the grow of team-based research and its greater success seems to be happening in every subfield of economics research. It's also happening in other social sciences, and it already happened several decades ago in engineering and the hard sciences.

The great strength of team-based research is that in a world where knowledge has become vastly broader, teams are a way to deploy input from those with different specialties. These combinations of research insights from differing areas are also more likely to become the kinds of innovative papers that are widely cited in the future. Jones offers some striking comparisons here:

To put some empirical content around this conceptual perspective, consider that John Harvard’s collection of approximately 400 books was considered a leading collection of his time, and its bequest in 1638, along with small funds for buildings, helped earn him the naming right to Harvard College (Morrison 1936). One hundred seventy- five years later, Thomas Jefferson’s renowned library of 6,487 books formed the basis for the US Library of Congress. That library’s collection had risen to 55,000 books by 1851 (Cole 1996). Today, the US Library of Congress holds 39 million books (as described in https://www.loc.gov/about/general-information).

Looking instead at journal articles, the flow rate of new papers grows at 3–4 percent per year. In 2018, peer-reviewed, English-language journals published three million new papers (Johnson, Watkinson, and Mabe 2018). In total, the Web of Science™ now indexes 53 million articles from science journals and another 9 million articles from social science journals (as described at https://clarivate.com/webofsciencegroup/solutions/web-of-science). In economics alone, the Microsoft Academic Graph counts 30,100 economic journal articles published in the year 2000. This publication rate was twice what it was in 1982 and half what it is today. ...
The organizational implication—teamwork—then follows naturally as a means to aggregate expert knowledge. In the history of aviation, for example, the Wright brothers designed, built, and flew the first heavier-than-air aircraft in 1903. This pair of individuals successfully embraced and advanced extant scientific and engineering knowledge. Today, by contrast, the design and manufacture of airplanes calls on a vast store of accumulated knowledge and engages large teams of specialists; today, 30 different engineering specialties are required to design and produce the aircraft’s jet engines alone.

Even if the growth in co-authorship is overall beneficial, perhaps even inevitable, it raises a number of concerns and issues. In no particular order:

1) Most of the time, it is individuals who get hired and promoted and given tenure--not teams. Thus, those who do the hiring and promotion and tenuring need to figure out how to attribute credit within a team. Who in the team is more or less deserving of career advancement?

2) The issue of assigning credit is not only difficult in itself, but raises a possibility of bias. There's some evidence that women economists tend to receive less credit for co-authored work than male economists.

3) If teams are more important, then how teams are formed matters, which raises issues of its own. For an individual researcher, what is the best strategy for knowing when to join a team and when to back away? Research teams in economics are likely to be fluid and shifting from project to project. Academic and personal networks will influence who knows who, and what collaborations are more or less likely to arise, and who is likely to be left out.

4) Along with the teams of named co-authors, team-based work may also be supported by institutions. Colleges and universities with more resources for research assistants, data access, computing power, travel budgets, and sabbaticals will also be able to offer more support for teams. Across the universe of US colleges and universities, there has always been unequal access to such support, but the rising importance of teams could give greater bite to these inequalities.

5) The people who enter PhD programs and eventually become research economists are not typically trained to work as team members. They have passed a lot of exams. But communication and working together in teams may not have played much or a role in their earlier development. (Indeed, a cynic might say that people may have a tendency to become professors because they aren't especially good at being team players.) There has not traditionally been formal training for research economists in managing even a small team, much less in larger management tasks like handling budgets or  overseeing a human resources department: some researchers will find that they can build such skills on their own while others will fail, sometimes egregiously, and the members of their team will suffer as a result.

6) Research papers in economics have tripled in length in the last few decades. Although there are a number of reasons behind this shift, it seems plausible that groups of co-authors--all willing and able to add to the paper in their own way--are part of the underlying dynamic. As an editor at an academic journal myself, I have on occasion wondered if all the co-authors of a paper are taking full responsibility for everything in the paper, or alternatively, if each co-author is focused on their own material, and no author is really taking responsibility for a clear introduction, internal structure, and conclusions.