Can Trump Make Mexico Pay for the Wall?

Can Trump Make Mexico Pay for the Wall? 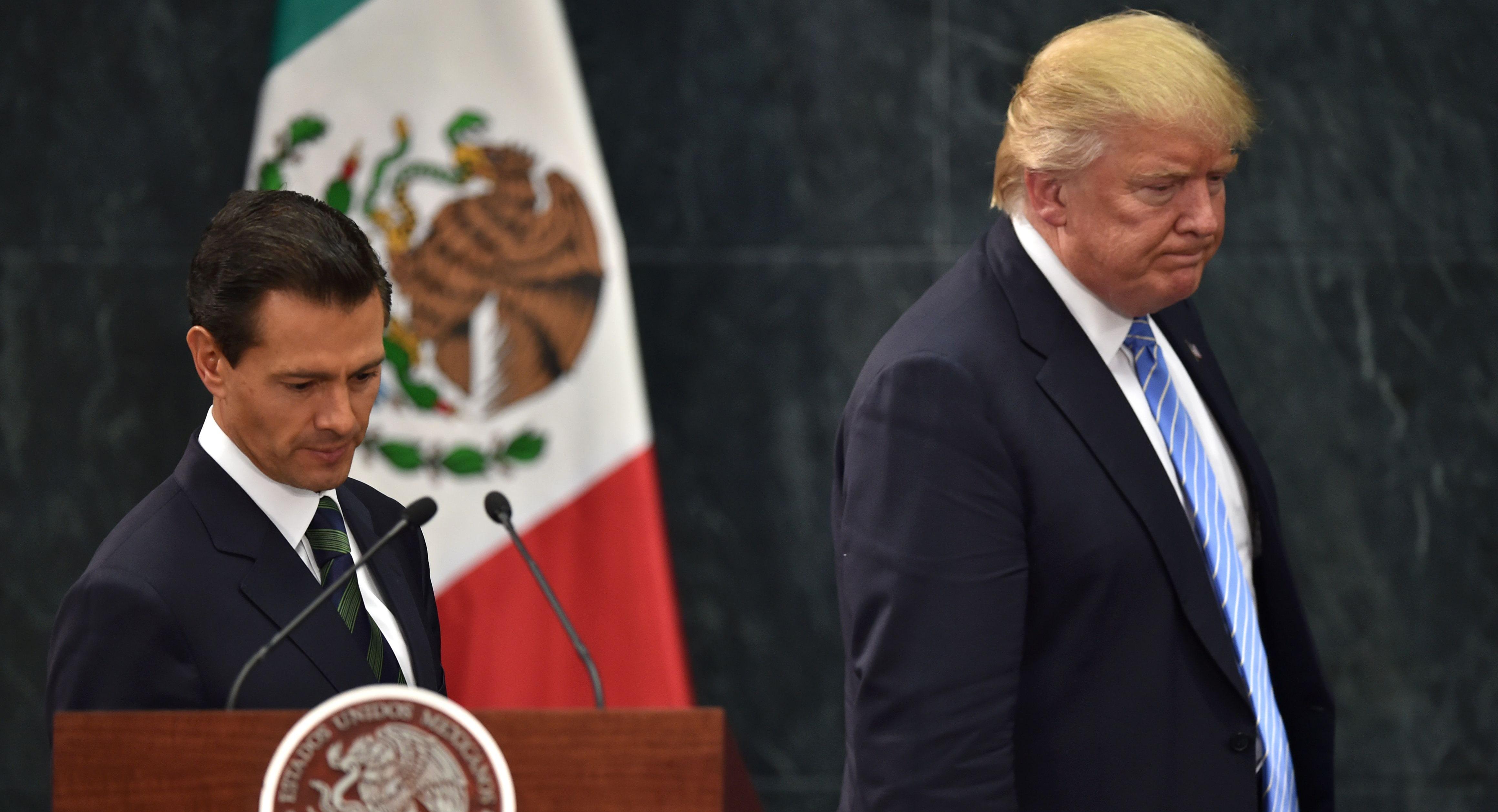 Mexico won’t willingly write the check for Donald Trump’s wall. So the president is hunting for a way to make Mexico pay.

A couple of months ago, press secretary Sean Spicer floated one idea: the destination-based cash flow tax. The DBCFT taxes imports and exempts exports. We import about $50 billion more from Mexico each year than we export. So the DBCFT could raise substantial revenue from trade with Mexico. Maybe Trump could earmark that money to pay for the wall?

Such earmarking sounds superficially plausible. But it has fundamental budget and logic flaws.

The budget problem is that Congress has other plans for that money. The DBCFT is the centerpiece of the House proposal for tax reform. House leaders insist reform will be revenue neutral. Any new money from the DBCFT will offset money lost from cutting business taxes. That leaves nothing for Trump’s wall.

Broader point: You can’t pay for anything with revenue-neutral tax reform (or, for that matter, with revenue-losing “tax relief”).

Trump may be more concerned with messaging than with these budget niceties. So he could still try to rhetorically link the DBCFT to paying for the wall.

But that leads to the logic problem. We run trade deficits with many countries. If the DBCFT makes Mexico pay for the wall, what does it make China pay for? Germany? Japan? Vietnam? And what about countries like Hong Kong, where America has a trade surplus? Are we paying them for something? And what happens when the wall has been paid for? Does Mexico become exempt from the DBCFT? Or does it start paying for something else?

These questions have no sensible answers. The DBCFT treats Mexico like every other nation, so it can’t make Mexico pay for the wall.

Some observers initially thought Spicer was suggesting a new tariff on Mexican imports. Most economists rightly hate that idea and fear it could spark retaliation against American products. And it seems clear that Spicer really meant the DBCFT. But let’s give that interpretation some credit. A tariff, unlike the DBCFT, could raise new revenue specifically from trade with Mexico.

But a tariff still faces a fundamental economics problem. A tariff doesn’t work like Las Vegas. Just because it targets Mexican products doesn’t mean the tax stays there. Instead, businesses will raise prices, passing some tax on to American customers. Consumers would pay more for cars, TVs, and avocados. Businesses would pay more for auto parts, trucks, and telecommunications equipment. Some burdens would decline over time as businesses shift to suppliers outside Mexico. But some shift of the burden to Americans is inevitable. A tariff would thus make American consumers and businesses, not just Mexicans, pay for Trump’s wall. And that’s without any retaliation.

If President Trump wants to target Mexico alone, he needs another strategy. Neither the DBCFT nor a tariff can make Mexico pay for the wall.