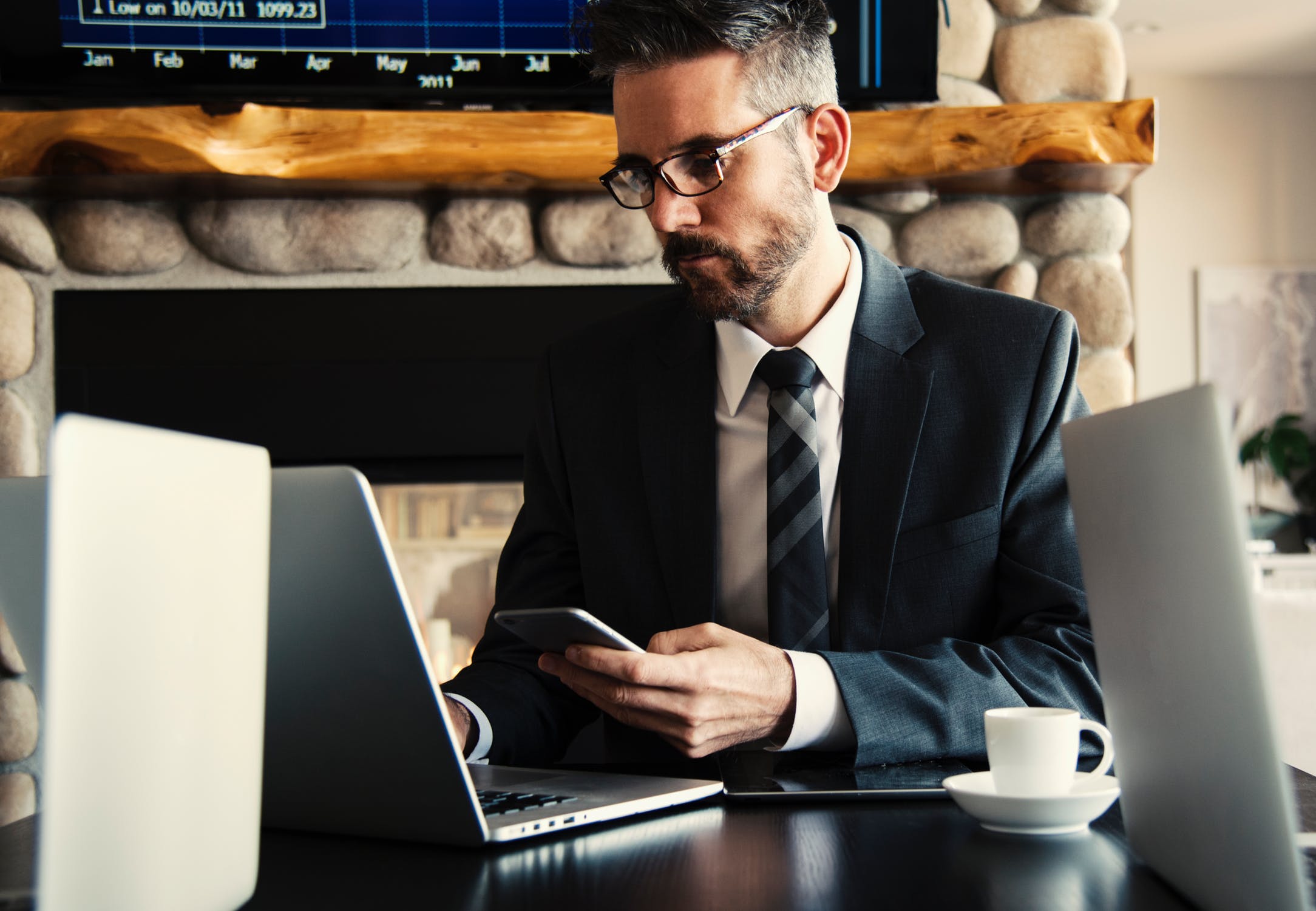 Each year, US corporations are required to report the pay for their chief executive officers, and also to report the ratio of CEO pay to the pay of the median worker at the company. 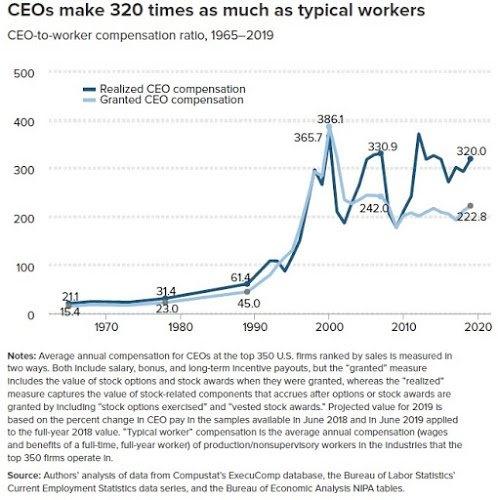 A result of this shift is that while CEOs used to be paid three times as much as the top 0,1% of the income distribution, now they are paid about six times as much. 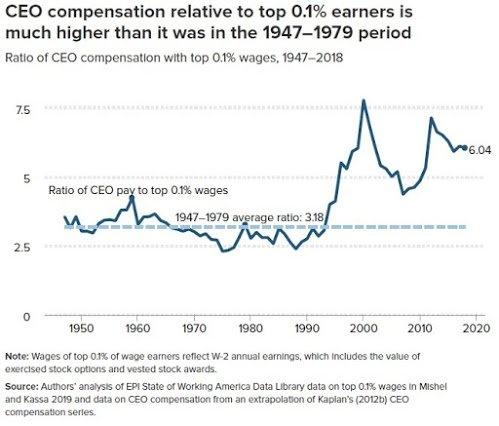 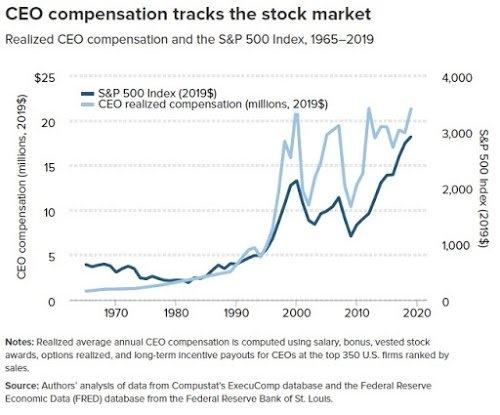 This rise in CEO/worker pay ratios has led to a continually simmering argument about the underlying causes. Does the rise reflect the market for talent, in the sense that that running a company in a world of globalization and technological change has gotten harder, and the rewards for those who do it well are necessarily greater? Or does it reflect a greater ability of CEOs to take advantage of their position in large companies to grab a bigger share of the economic pie? One's answer to this question will turn, at least in part, on whether you think CEOs have played a major role in the rise of the stock market since about 1990, or whether you think they have just been riding along on a stock market that has risen for other reasons. For an example of this dispute from a few years ago in the Journal of Economic Perspectives (where I work as Managing Editor), I recommend:

Without trying to resolve that dispute here, I'd offer this thought: Notice that pretty much all of the increase in CEO/worker pay ratios happened in the 1990s, and the ratio has been at about the same level since then. Thus, if you think that the market for executive talent was rewarding CEOs appropriately, you need an explanation for why the increase happened all at once in about a decade, without much change since then. If you think the reason is that CEOs are grabbing a bigger share of the pie, you need an explanation for why CEOs became so much more able to do that in the 1990s, but then their ability to grab even-larger shares of the pie seemed to halt at that point. To put it another way, when discussing a change that happened in the 1990s, you need an explanation specific to the 1990s.

I don't have a complete explanation to offer, but one obvious possible cause was in 1993, when  Congress and the Clinton administration enacted a bill with the goal of holding down the rise in executive pay (visible in the first graph above). Up into the 1980s, most top executives had been paid on via annual salary-plus-a-bonus. However, the new law put a $1 million cap on salaries for top executive, and instead required that other pay be linked to performance--which in practice meant giving stock options to executives. Although this law was intended to hold down executive pay, the was The stock market more-or-less tripled in value from late 1994 to late 1999, and so those who had stock options did very well indeed. My own belief is that combination of events reset the common expectations for what top executives would be paid, and how they would be paid, in a way that is a primary driver of the overall rise in inequality of incomes in recent decades.