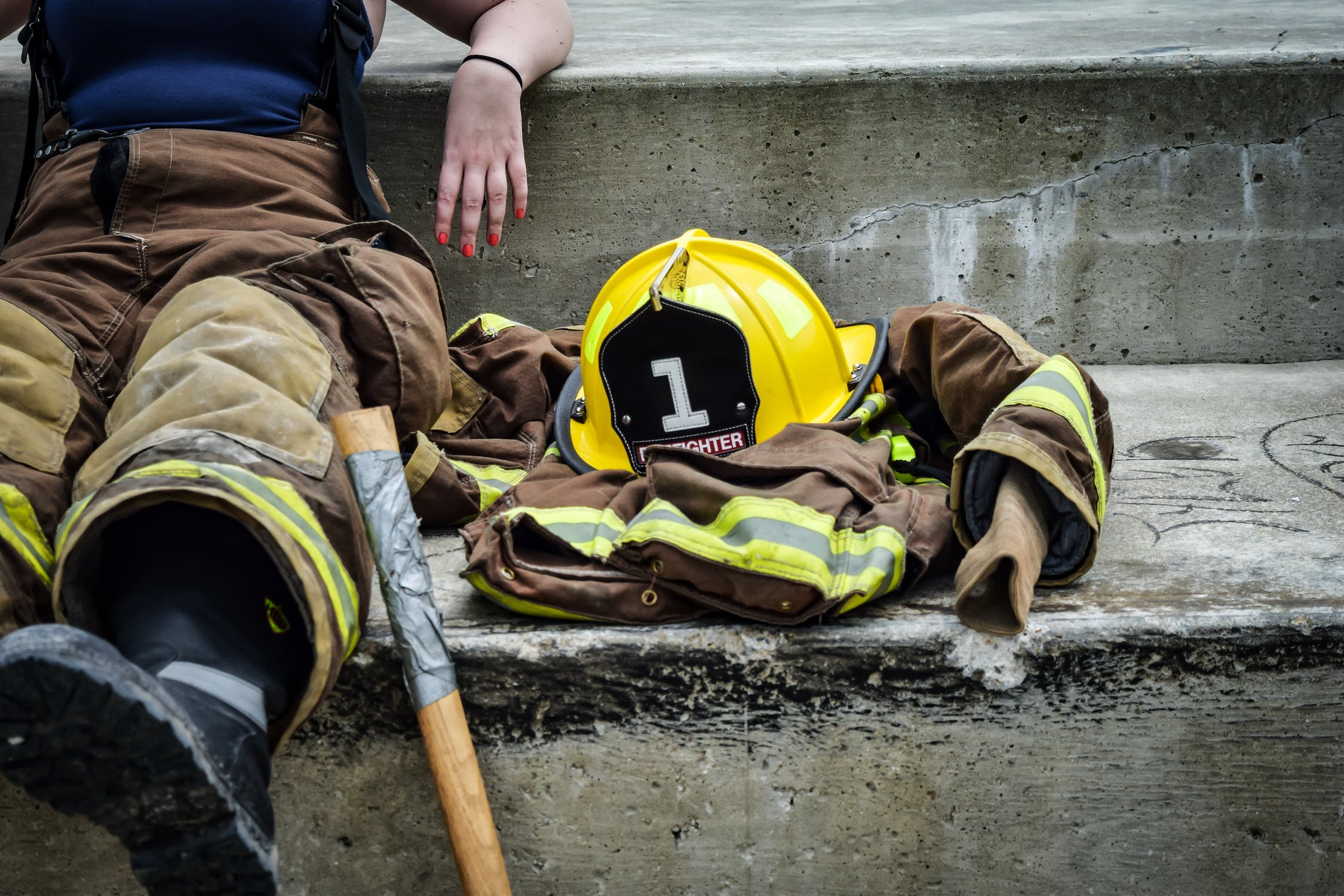 The phrase "child labor" conjures up such ugly images for me that it's hard to discuss it dispassionately. But the International Labour Organization has a recent report, "Global Estimates of Child Labour: Results and Trends 2012-2016" that offers some useful facts and distinctions.

It would of course be peculiar to count every employed child as a human rights abuse. For example, in 2016 the ILO counts 216 million children as "in employment." However, 151 million of them are counted in the more concerning category of "child labor," which is largely determined by the number of hours worked. For example, any child in the 5-11 age category who is "in employment" is also counted as "child labor." But children in the 15-17 age bracket need to work 43 hours per week or more to be counted is "child labor." Another subcategory is "hazardous work," which includes the physically or emotionally hazardous, along with the illegal.

The figure shows the categories of "child labor" and "hazardous work" from 2000-2016. The steady decline over time is apparent. Of course, the numbers should not be taken as precise.  "The 2016 estimates use data from a total of 105 national household surveys covering more than 70 per cent of the world population of children aged 5 to 17 years." It's easy to hypothesize about reasons why some countries might understate (to make themselves look better) or overstate (to attract international aid) or just not know (because of weak statistical apparatus) the level of child labor. But the overall downward trend is highly unlikely to be a result of some trend in survey bias. 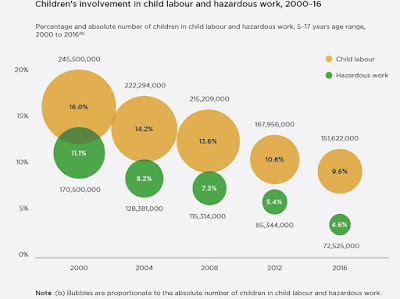 Here are a few ways of slicing up the underlying data:

By gender: "Boys appear to face a greater risk of child labour than girls. There are 23 million more boys than girls in child labour and 17 million more boys than girls in hazardous work. The gender gap increases with age. The difference in child labour incidence is less than one percentage point for 5–11 year-olds, rising to three percentage points for 12–14 year-olds and to five percentage points for 15–17 year-olds. But it is possible that these figures understate girls’ work relative to that of boys.  ... Girls are much more likely than boys to shoulder responsibility for household chores, a form of work not considered in the child labour estimates. Estimates of children’s involvement in household chores, produced for the first time for the 2016 Global Estimates, indicates girls are much more likely than boys to perform household chores in every weekly hour bracket. Girls account for two-thirds of the 54 million children aged 5–14 years who perform household chores for at least 21 hours per week, the threshold beyond which initial research suggests household chores begin to negatively impact on the ability of children to attend and benefit from school. ... Girls are also more likely than boys to perform “double work duty”, meaning both work in employment and in household chores."

The recommended policies to reduce child labor don't include any surprises. Make public schools available, and don't charge fees for them. Provide enough income support for families so it's not an economic necessity for children to work: some countries have moved toward "conditional cash transfer" programs that essentially pay families for the school attendance of their children. Challenge some existing social norms. In the extreme cases of hazardous child labor and forces labor, expose the practices and prosecute. But the bulk of child labor is family work in the agricultural sector, so that's where most of the progress needs to be made.