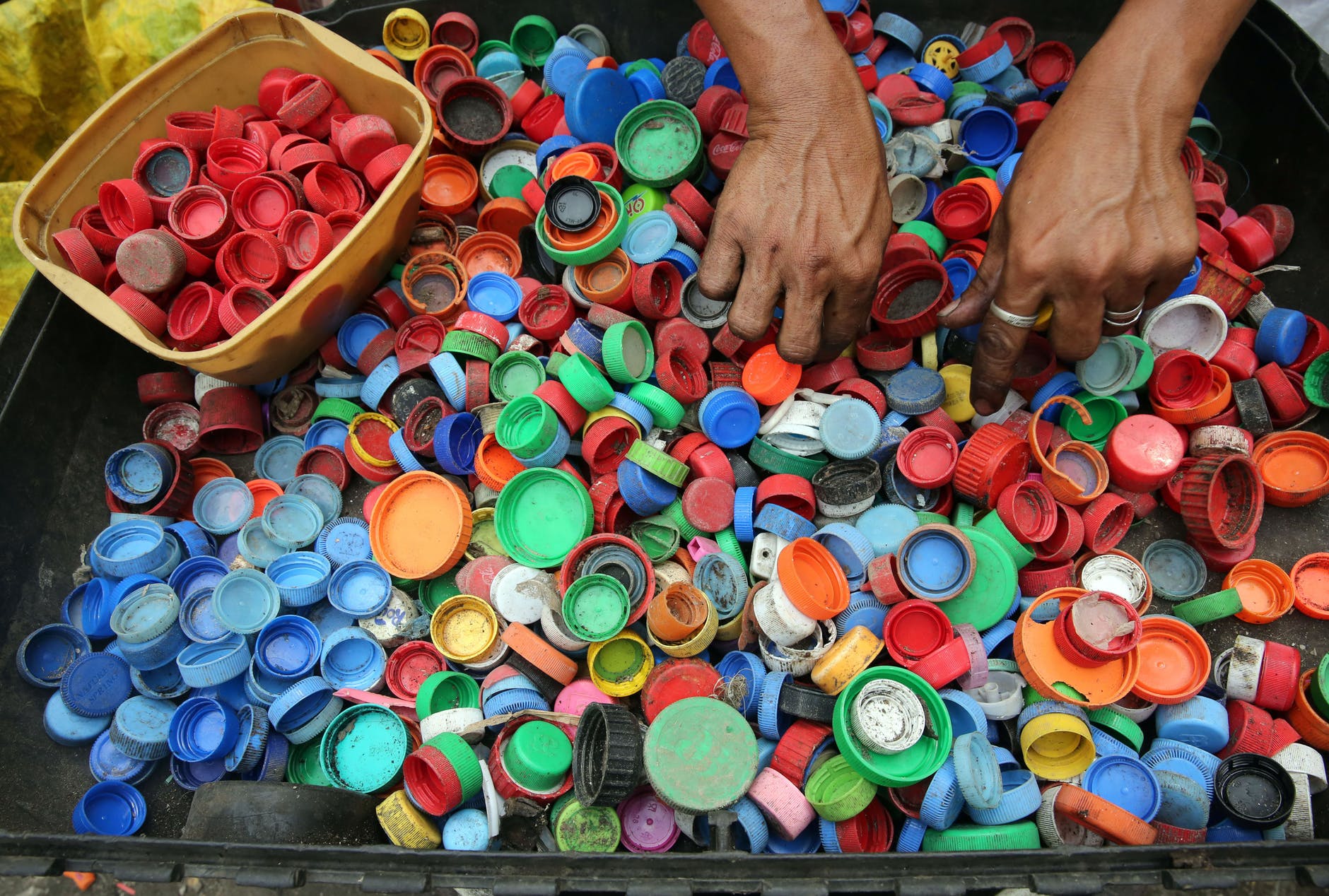 For a few decades now, the US and Europe have been managing their plastic waste by shipping it to China and other countries in east Asia for recycling and reuse. But in the last few years, China has been tightening up what it was willing to import, wanting only plastic waste that is uncontaminated. In 2017, China announced that in the future it was banning the import of nonindustrial plastic waste -- that is the plastic waste generated by households.

Amy L. Brooks, Shunli Wang, Jenna R. Jambeck look at some consequences in "The Chinese import ban and its impact on global plastic waste trade," published in Science Advances (June 20, 2018). Here's a figure showing patterns of exports and imports of plastic waste, in quantities and values, based on UN data. In theory, of course, the lines for imports and exports should match exactly, but the data is collected from different countries and errors of classification and inclusion do creep in. Still, the overall pattern of a dramatic rise, leveling off in the last few years as China imposed additional restrictions, is clear. 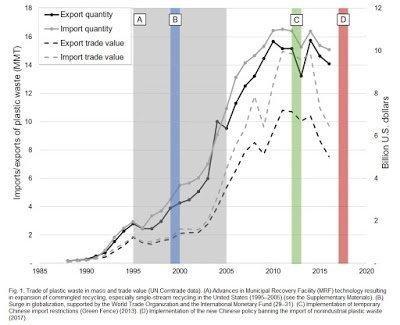 Brooks, Wang, and Jambeck summarize in this way:

"The rapid growth of the use and disposal of plastic materials has proved to be a challenge for solid waste management systems with impacts on our environment and ocean. While recycling and the circular economy have been touted as potential solutions, upward of half of the plastic waste intended for recycling has been exported to hundreds of countries around the world. China, which has imported a cumulative 45% of plastic waste since 1992, recently implemented a new policy banning the importation of most plastic waste, begging the question of where the plastic waste will go now. We use commodity trade data for mass and value, region, and income level to illustrate that higher-income countries in the Organization for Economic Cooperation have been exporting plastic waste (70% in 2016) to lower-income countries in the East Asia and Pacific for decades. An estimated 111 million  metric tons of plastic waste will be displaced with the new Chinese policy by 2030. As 89% of historical exports consist of polymer groups often used in single-use plastic food packaging (polyethylene, polypropylene, and polyethylene terephthalate), bold global ideas and actions for reducing quantities of nonrecyclable materials, redesigning products, and funding domestic plastic waste management are needed."

I don't have a solution here. The authors write: "Suggestions from the recycling industry demonstrate that, if no adjustments are made in solid waste management, and plastic waste management in particular, then much of the waste originally diverted from landfills by consumers paying for a recycling service will ultimately be landfilled." Other nations of east Asia don't have the capacity to absorb this flow of plastic waste, at least not right now. There doesn't seem to be much market for this type of plastic waste in the US or Europe, at least not right now. Substitutes for these plastics that either degrade or recycle more easily do not seem to be immediately available. But there is a mountain of plastic waste coming, so we will have a chance to see how the forces of supply, demand, and regulation deal with it.

For short readable surveys of the study, I can recommend Ellen Airhart, "China Won't Solve the World's Plastics Problem Anymore," in Wired (June 20, 2018) and Jason Daley, "China’s Plastic Ban Will Flood Us With Trash," in Smithsonian (June 21, 2018).