India: Headed Toward Most Populous Country

India: Headed Toward Most Populous Country 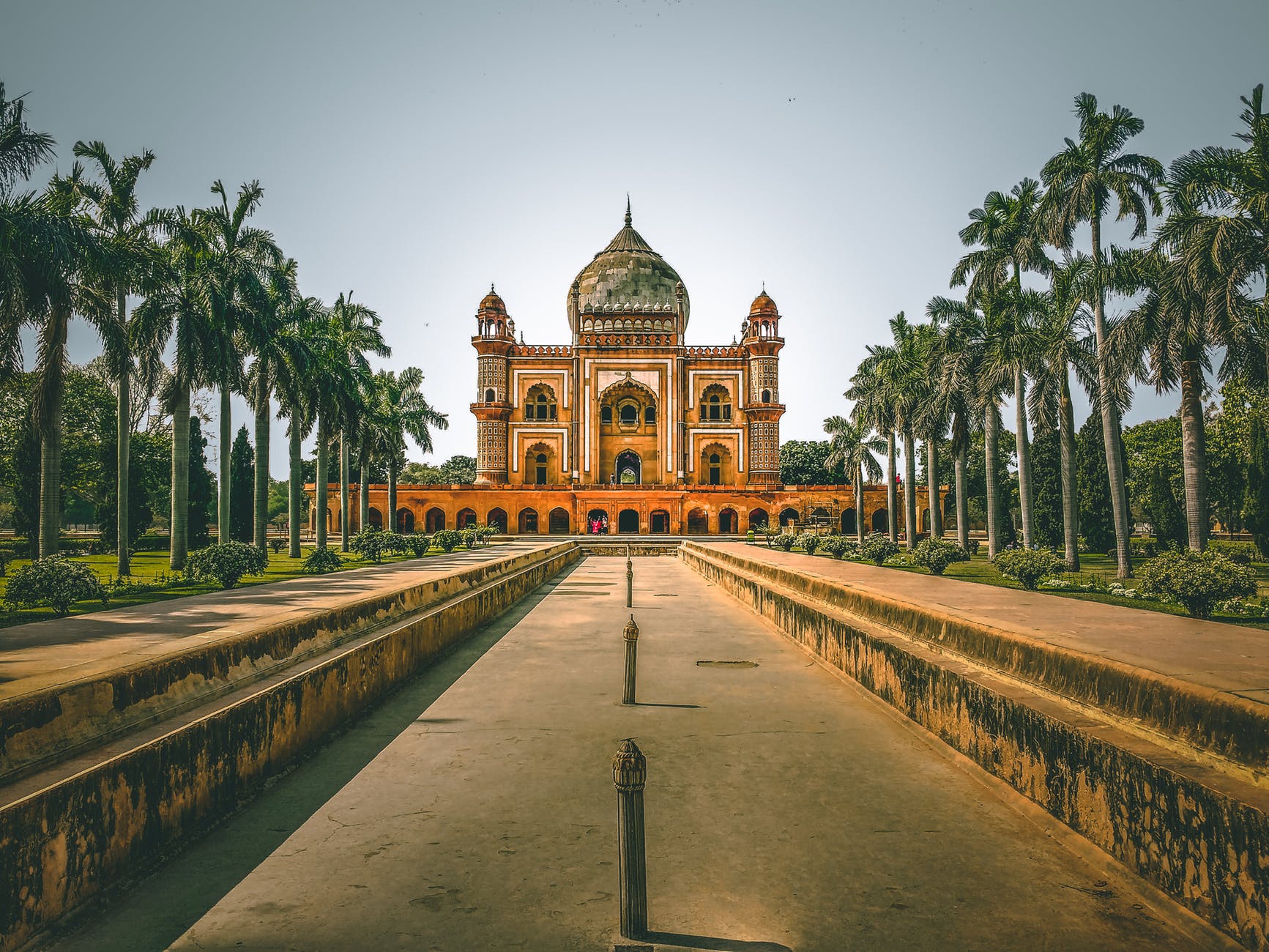 Throughout my lifetime, China has been the most populous country in the world. But India has nearly caught up, and should overtake China in the next couple of years. 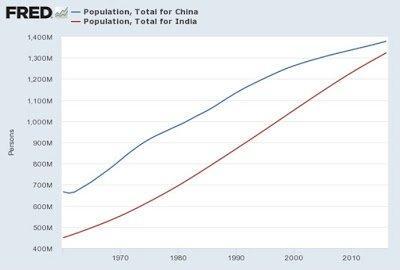 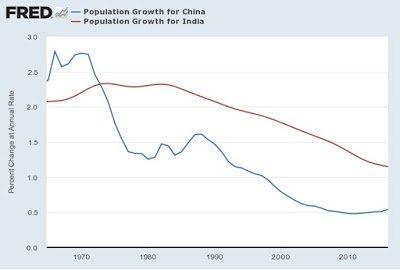 The total population figures mask another difference: China is aging much more rapidly than India. For example, here's a figure showing the "age dependency" ratio, which is calculated as the number of elderly divided by the working population. Thus, in China the age-dependency ratio has already reached 14% and is rising sharply, while in India it is at 8% and rising more slowly. 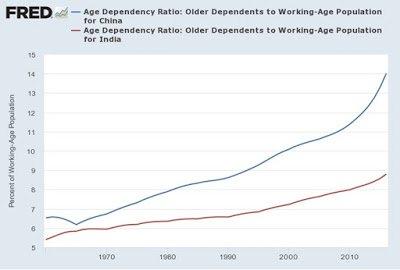 As the saying goes, China seems likely to face the problem of getting old without first having become rich. For India, the key question is how to help its large and growing working-age population be economically productive, before India's age-dependency ratio rises, too.