Interview with Deidre McCloskey on Economic Growth and Liberal Values

Interview with Deidre McCloskey on Economic Growth and Liberal Values 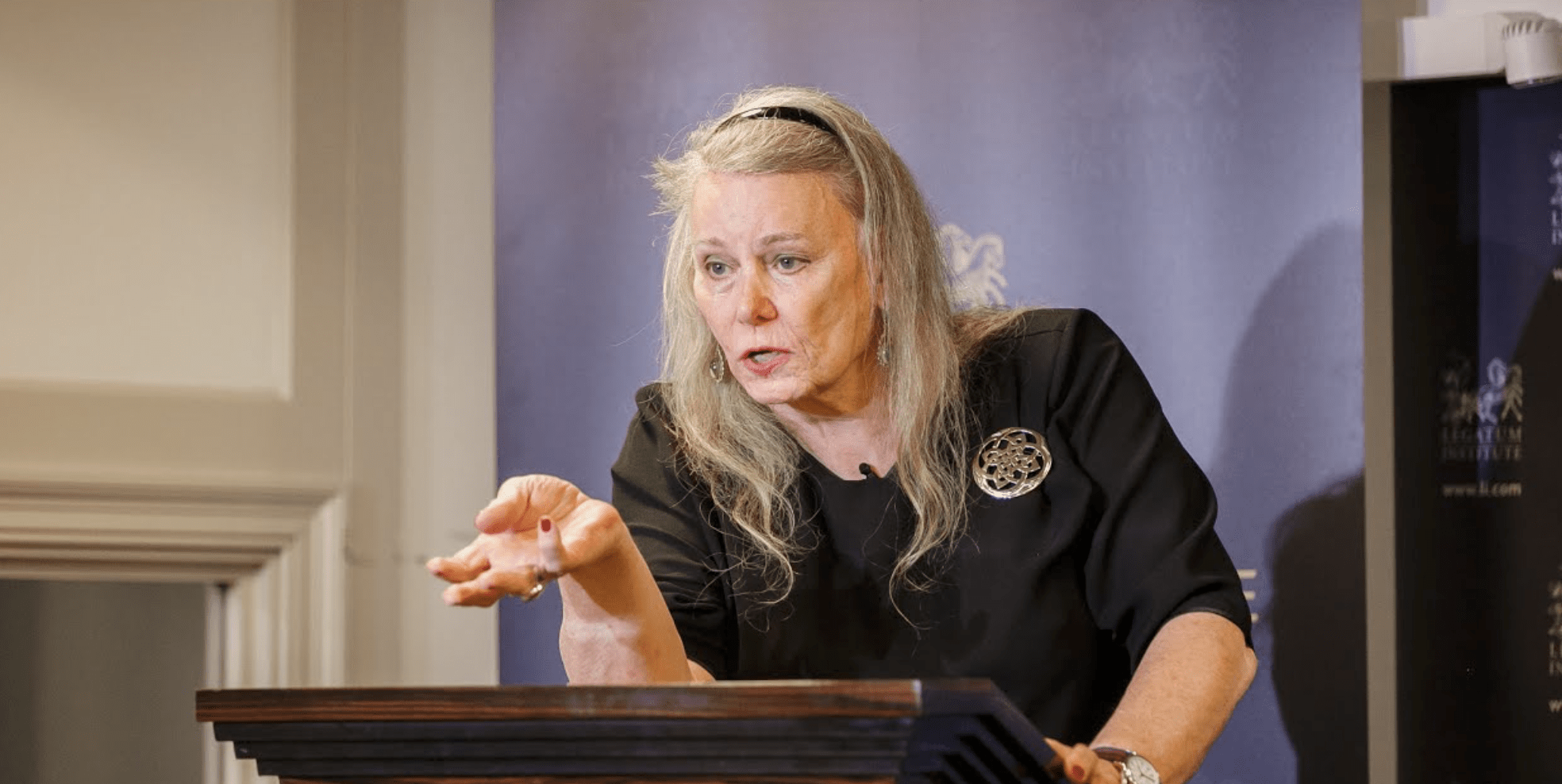 Eric Wallach offers "An Interview with Deidre McCloskey, Distinguished Professor Emerita of Economics and of History, UIC" in The Politic, Yale's undergraduate journal of politics and culture (February 10, 2019). McCloskey is characteristically thought-provoking and quotable. Here are a few comments of her many comments that caught my eye:

"Liberty is liberty, and is meaningless by parts."

The central misconception is to think that one can claim the honorable title of “liberal” if one approves of one form of liberty, such as mutual consent in sexual partners or the ability to drill for oil where you wish, but excludes the other form. Liberty is liberty, and is meaningless by parts. You are still a slave if only on odd days of the month.

In Latin America, for example, the word “liberal,” once meaningful there, has long been appropriated by conservatives who like to drill for oil where they wish, but hate gays. In the United States, it has been appropriated by sweet, or not so sweet, slow socialists, who celebrate diversity, but regard economic liberty as not worthy of much consideration. ...

I used to think freedom was freedom of speech, freedom of the press, freedom of conscience. Here is what it amounts to: you have to have the right to show what you wish to, to make shoes or coats, to bake into bread the flour ground from the grain you have sown, and to sell it or not sell it as you wish; for the lathe-operator, the steelworker, and the artist it’s a matter of being able to live as you wish and work as you wish and not as they order you.

"Put me down for 10 percent slavery to government."

It’s unwise to turn the issue of helping the poor into an on/off, none/perfect, exist/not question. We need to be seriously quantitative about such matters. On/off doesn’t answer the important question, which is always more/less. People think they are making a clever remark against liberalism by saying, “Well, we need some government.” Yes, certainly. But how much? (Will Rogers in the 1920s used to say, “Just be glad you don’t get the government you pay for.”) ...

So here’s what a Liberalism 2.0 favors. It favors a social safety net, which is to say a clean transfer of money from you and me to the very poor in distress, a hand up so they can take care of their families. It favors financing pre- and post-natal care and nursery schools for poor kids, which would do more to raise health and educational standards than almost anything we can do later. It favors compulsory measles vaccination, to prevent the big spillover of contagion that is happening now in Clark County, Washington. It favors compulsory school attendance, financed by you and me, though not the socialized provision of public schools. The Swedes have since the 1990s had a national voucher system, liberal-style. It favors a small army/coast-guard to protect as against the imminent threat of invasion by Canada and Mexico, and a pile of nuclear weapons and delivery systems to prevent the Russians or Chinese or North Koreans from extorting us. All this is good, and would result in the government at all levels taking and regulating perhaps 10 percent of the nation’s production. Put me down for 10 percent slavery to government. Not the 30 to 55 percent at present that rich countries enslave.

"The Nordics ... are not thoroughly socialist, and in fact they are reasonably close to the U.S., and in some ways more anti-socialist."

Americans of good will have long been persuaded, on the basis of breathless articles in the Sunday New York Times Magazine, that the Nordics are thoroughly “socialist” ...  No, they are not thoroughly socialist, and in fact they are reasonably close to the U.S., and in some ways more anti-socialist. They are in fact highly liberal in their economies (and their fastest rates of growth since 1850 were in fact when they were even more liberal). Almost all prices in Sweden and the rest, for example, are determined by supply and demand, and are nothing like the disastrous socialist interventions by way of price controls in, say, Venezuela. Setting up a business is not hard. Inherited wealth in Scandinavia and Finland is not honored. Innovation is (for example Svenska Kullagerfabriken, SKF, a pioneer in ball bearings, out of which in the 1920s rolled Volvo [Latin for “I roll”]).

"Give this gentleman sixteen cents. That’s his share of the wealth."

[Andrew] Carnegie himself is said to have made the same point in another way. A socialist came to his office and argued to him that the wealthy should redistribute their wealth to the poor of the earth. Carnegie asked an assistant to go get him a rough estimate of his current wealth and of the population of the earth. The assistant returned shortly with the figures, and according to the anecdote Carnegie performed a calculation, then turned to the assistant and said, “Give this gentleman sixteen cents. That’s his share of the wealth.” And then he gave every dime of his wealth away, in accord with his Gospel of Wealth. Another businesslike Scot, Adam Smith, by the way, also gave away his considerable fortune, though, unlike Carnegie, he did not sound a trumpet before him when he did his alms.