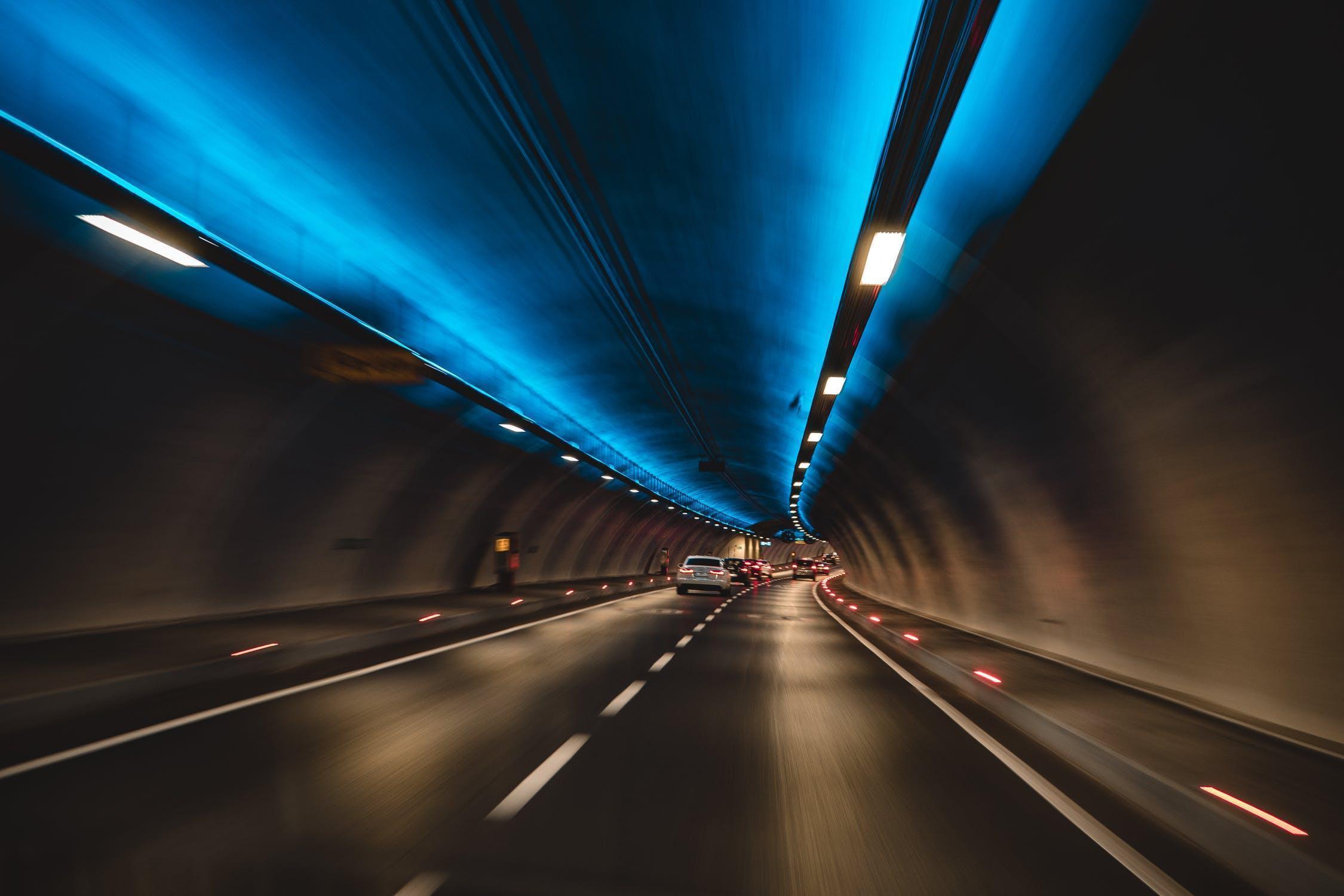 Why do societies worry about high or rising inequality more at some times than at others? Albert O. Hirschman offered a classic answer in "The Changing Tolerance for Income Inequality in the Course of Economic Development," which appeared in the November 1973 Quarterly Journal of Economics (87: 4, pp. 544-566). His argument is in large part structured around a tunnel metaphor, which goes like this (footnotes omitted):

"Suppose that I drive through a two-lane tunnel, both lanes going in the same direction, and run into a serious traffic jam. No car moves in either lane as far as I can see (which is not very far). I am in the left lane and feel dejected. After a while the cars in the right lane begin to move. Naturally, my spirits lift considerably, for I know that the jam has been broken and that my lane's turn to move will surely come any moment now. Even though I still sit still, I feel much better off than before because of the expectation that I shall soon be on the move. But suppose that the expectation is disappointed and only the right lane keeps moving: in that case I, along with my left lane cosufferers, shall suspect foul play, and many of us will at some point become quite furious and ready to correct manifest injustice by taking direct action (such as illegally crossing the double line separating the two lanes). ...

"As long as the tunnel effect lasts, everybody feels better off, both those who have become richer and those who have not. It is therefore conceivable that some uneven distribution of the new incomes generated by growth will be preferred to an egalitarian distribution by all members of the society. In this eventuality, the increase in income inequality would not only be politically tolerable; it would also be outright desirable from the point of view of social welfare."

Hirschman was focused on issues of economic development. He offers examples of a number of countries where many poor people welcome signs of economic development before it touches them personally in any way--presumably because they are in the position of that driver stuck in the left lane who is taking hope from the movement of the right-hand lane.  He also points out that this tunnel effect can lead to a sense of complacency among leaders, when most people seem to be supportive of the processes that are leading to inequality, so that the leaders are unprepared when people start to denounce those same practices.

"Providential and tremendously helpful as the tunnel effect is in one respect (because it accommodates the inequalities almost inevitably arising in the course of development), it is also treacherous: the rulers are not necessarily given any advance notice about its decay and exhaustion, that is, about the time at which they ought to be on the lookout for a drastically different climate of public and popular opinion; on the contrary, they are lulled into complacency by the easy early stage when everybody seems to be enjoying the very process that will later be vehemently denounced and damned as one consisting essentially in `the rich becoming richer."

Writing back in 1973, Hirschman offers examples of "development disasters," in which those stuck in the left lane have come to strongly suspect that economic development will not benefit them, and thus a high degree of social unrest emerges. and he cites Nigeria, Pakistan, Brazil and Mexico as facing these issues in various ways.

I find myself thinking about the tunnel effect and expectations about future social mobility in the current context of the United States. Rising economic inequality in the United States goes back to the 1970s, and the single biggest jump in inequality at the very top of the income distribution happened in the 1990s when stock options and executive compensation took off. But my unscientific sense is that at that time, during the dot-com boom of the 1990s, many people who were either pleased, or not that unhappy, with the rise in inequality of that time. There seemed to be new economic opportunities opening up, new businesses were starting, unemployment rates were low, cool new products and services were becoming available. Even if you were for the time stuck in the left lane, all that movement in the right lane seemed to offer opportunities.

But that optimistic view of high and rising inequality came apart in the 2000s, under pressure from a from a number of factors: the sharp rise in imports from China in the early 2000s that hit a number of local areas so hard; the rise of the opioid epidemic, with its dramatically rising death toll exceeding 40,000 in 2016; and the carnage in employment and housing markets in the aftermath of the Great Recession. In Hirschman's words, it seems to me that many politicians were "lulled into complacency by the easy early stage when everybody seems to be enjoying the very process that will later be vehemently denounced and damned as one consisting essentially in `the rich becoming richer.'"