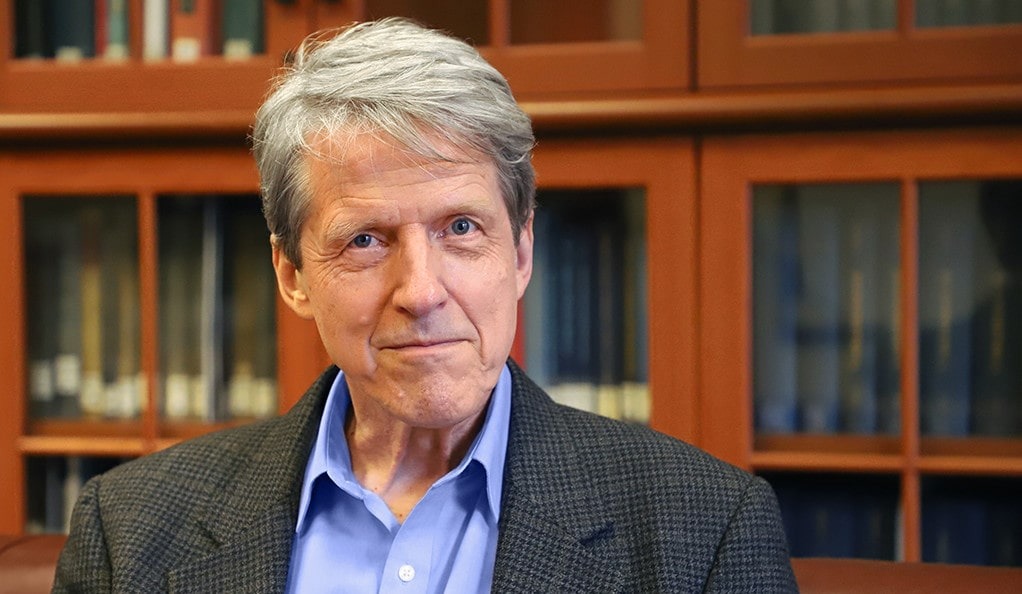 Shiller has been thinking about the intertwining of economics and narrative at least since his presidential address to the American Economic Association back in 2017. He suggests, for example, that the key feature distinguishing humans may be our propensity to organize our thinking into stories, rather than just intelligence per se. Indeed, there are many examples in all walks of life (politics, investing, expectations of family life, careers, reactions to a pandemic) where people will often cleave to their preferred narrative rather than continually question and challenge it with their intelligence. He begins the current essay in this way:

John Maynard Keynes's (1936) concept of ‘animal spirits’ or ‘spontaneous optimism’ as a major driving force in business fluctuations was motivated in part by his and his contemporaries' observations of human reactions to ambiguous situations where probabilities couldn't be quantified. We can add that in such ambiguous situations there is evidence that people let contagious popular narratives and the emotions they generate influence their economic decisions. These popular narratives are typically remote from factual bases, just contagious. Macroeconomic dynamic models must have a theory that is related to models of the transmission of disease in epidemiology. We need to take the contagion of narratives seriously in economic modeling if we are to improve our understanding of animal spirits and their impact on the economy.

Thus, this lecture emphasizes the parallels between how narratives spread and epidemiology models of how diseases spread:

Mathematical epidemiology has been studying disease phenomena for over a century, and its frameworks can provide an inspiration for improvement in our understanding of economic dynamics. People's states of mind change through time, because ideas can be contagious, so that they spread from person to person just as diseases do. ...

We humans live our lives in a sea of epidemics all at different stages, including epidemics of diseases and epidemics of narratives, some of them growing at the moment, some peaking at the moment, others declining. New mutations of both the diseases and the narratives are constantly appearing and altering behavior. It is no wonder that changes in business conditions are so often surprising, for there is no one who is carefully monitoring the epidemic curves of all these drivers of the economy.

Since the advent of the internet age, the contagion rate of many narratives has increased, with the dominance of social media and with online news and chats. But the basic nature of epidemics has not changed. Even pure person-to-person word-of-mouth spread of epidemics was fast enough to spread important ideas, just as person-to person contagion was fast enough to spread diseases into wide swaths of population millennia ago.

As one illustration of the rise and fall of economic-related narratives, Shiller uses "n-grams" which search for how often certain terms are used in news media. Examples of such terms shown in this graph include "supply-side economics," "welfare dependency," "welfare fraud," and "hard-working American." 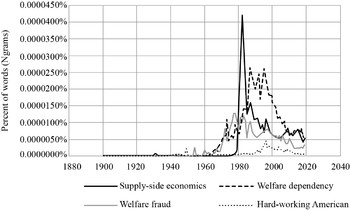 Shiller's theme is that if we want to understand macroeconomic fluctuations, it won't be enough just to look at patterns of interest rates, trade, or innovation, and it won't be enough to include factors like real-life pandemics, either. The underlying real factors matter, of course. But the real factors are often translated into narratives, and it is those narratives which then affect economic actions about buying, saving, working, starting a business, and so on. Shiller writes: "As this research continues, there should come a time when there is enough definite knowledge of the waxing and waning of popular narratives that we will begin to see the effects on the aggregate economy more clearly."

I'll only add the comment that there can be a tendency to ascribe narratives only to one's opponents: that is, those with whom I disagree are driven by "narratives," while those with whom I agree are of course pure at heart and driven only by facts and the best analysis. That inclination would be a misuse of Shiller's approach. In many aspects of life, enunciating the narratives that drive our own behavior (economic and otherwise) can be hard and discomfiting work.

For some additional background on these topics:

For a readable introduction to epidemiology models aimed at economists, a useful starting point is the two-paper "Symposium on Economics and Epidemiology" in the Fall 2020 issue of the Journal of Economic Perspectives: "An Economist's Guide to Epidemiology Models of Infectious Disease," by Christopher Avery, William Bossert, Adam Clark, Glenn Ellison and Sara Fisher Ellison; and "Epidemiology's Time of Need: COVID-19 Calls for Epidemic-Related Economics," by Eleanor J. Murray.

For those who would like to know more about "animal spirits" in economics, a 1991 article in the Journal of Economic Perspectives by Roger Koppl discusses the use of the term by John Maynard Keynes and then gives a taste of the intellectual history: for example, Keynes apparently got the term from Descartes, and it traces back to the second century Greek physician Galen.