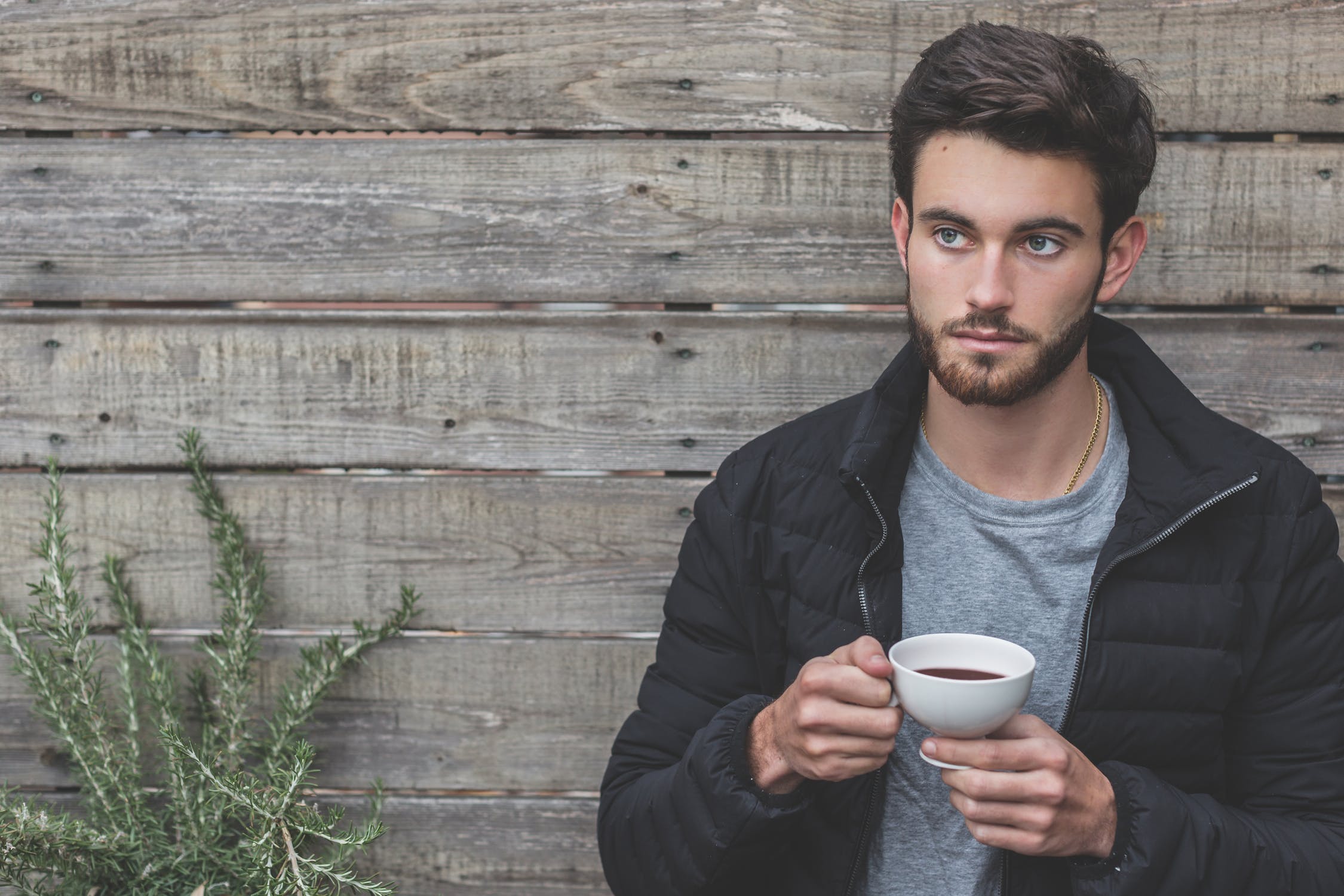 Kinlessness refers to a person without close living relatives. The idea of "close relatives" can be defined various ways: for example, as no living partner or children, or as no living partner, children, siblings, or parents. Ashton M. Verdery and Rachel Margolis present "Projections of white and black older adults without living kin in the United States, 2015 to 2060" (PNAS, October 17, 2017, 114: 42, 11109-11114). They write:

"Our findings point to dramatic increases in the numbers of kinless older adults in the United States, whether we consider a broad or a narrow definition of kinlessness. The increases occur for whites and blacks, men and women. By 2060, we expect the population of white and black Americans over 50 y old without a living partner or children to reach as high as 21.1 million, 6.3 million of whom will also lack living siblings or parents, up from our estimates of 14.9 million and 1.8 million, respectively, in 2015. The population of adults who will be over 50 y old in 2060 is already alive, which increases our confidence about probable levels of future kinlessness, barring dramatic changes in projected demographic processes."

Here's a set of graphs showing their estimates: 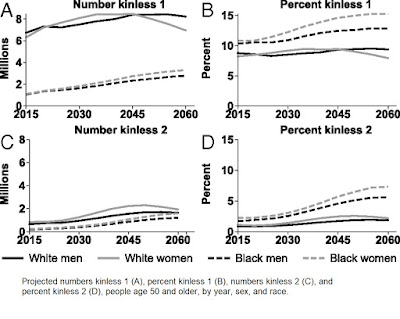 Verdery and Margolis  mostly focus on what assumptions about aging, mortality rates, marriage, abd childbirth drive their results. But at they note, those adults who will be over 50 in 2060 are already alive--that is, they were born in 2010 or earlier. Thus, we already know a certain amount about the family formation patterns of this group. But there are also broader social issues here. As they write:

Older adults have lived within dense kin networks for most of human history and the kinless have been a small subpopulation in the modern demographic era. However, recent declines in marriage, increases in gray divorce, and fertility decline are leading to larger numbers of older adults with no close family members. Mortality improvements and the increase in new relationship forms among older adults are not large enough to offset these trends.

Close family is a form of social insurance that often assists with addressing problems of life and old age. Figuring out what to for millions of people without close family will be a social challenge. At a personal level, give a thought to the kinless folks that you know.