The Productivity Race: US vs. Germany vs. Japan

The Productivity Race: US vs. Germany vs. Japan 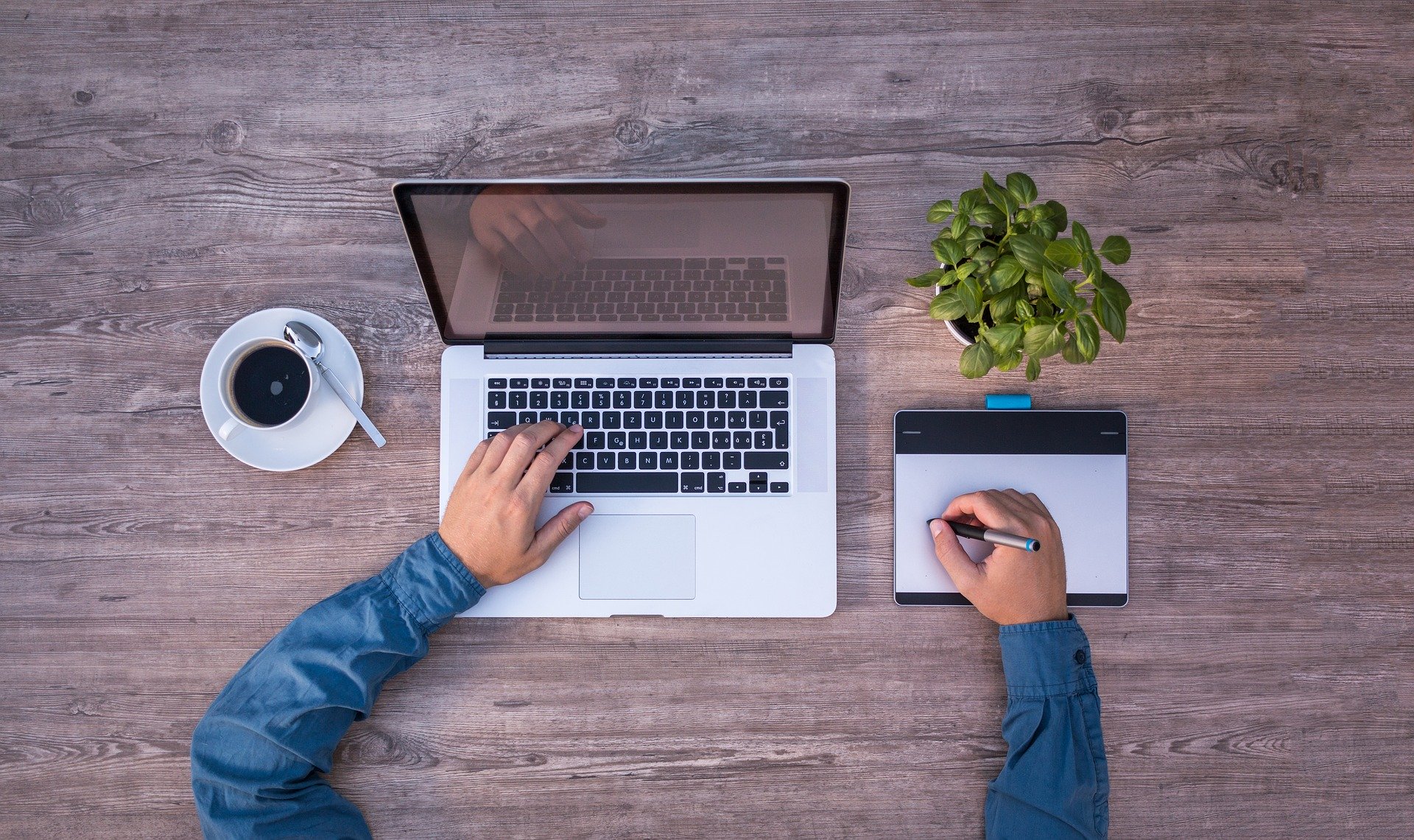 Over the long run of decades, essentially all of the gains in standard of living are due to higher levels of productivity.

On average and over time, what the people of a society produce is going to be closely linked what they can consume. In addition, the many and manifest problems of society are much easier to address in a context of an economy with rising productivity and economic growth, because an economy with flat productivity and zero growth is a zero-sum game, where helping one group always means imposing costs on others.

Martin Neil Baily, Barry P. Bosworth and Siddhi Doshi search for "Lessons from Productivity Comparisons of Germany, Japan, and the United States (International Productivity Monitor, Spring 2020, pp. 81=103). These are the three biggest high-income developed economies, and three of the four biggest economies in the world (of course, China is the other). However, they differ in their experiences in recent decades, as well as in their institutions and cross-industry patterns. 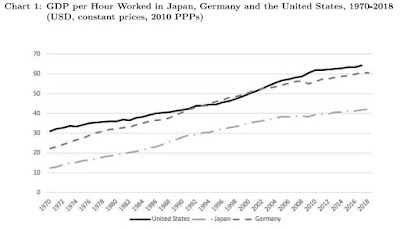 As the authors look more deeply into these patterns, what do they see?

1) The figure measures output per hour worked, but in Germany the average worker worked 1363 hours in 2018, while the average US worker was on the job 1786 hours that year. (Take moment to wrap your mind around that difference. The average German workers worked more than 400 hours less in 2018--more than 10 weeks less!). Indeed, Germany has been substantially reducing average number of hours worked in recent years: for example, some German union workers negotiated for those who preferred it to choose a 28-hour work week. If one instead did a comparison by output per worker, not output per hour worked, the gap would be larger: "However, Ger­many has greatly reduced the number of hours worked per worker and so output per worker was only 73. 7 per cent of the US level in 2017."

2) These differences in hours worked across countries may also imply something about levels of productivity.  For the sake of argument, let's hypothesize that the decline in hours in Germany and Japan tended to be larger for workers with lower skills. If that is true, then the comparison of GDP/hour worked is looking at a broader range of US workers compared with a group that lacks the same proportion of low-skilled workers in Germany and Japan.

3) Of course, West and East Germany combined in the early 1990s, so what "Germany" means as an economy shifts at that time. But overall, the authors write: "The German economy caught up to the US level of productivity in the 1990s and has since remained close behind. Their economy lacks the innovative IT sector of the United States but has other ad­vantages, including strong worker training. German GDP per capita is well below the US level, but that is because German work­ers have many fewer annual hours of work, and more leisure."

4) Of course, Japan has an economic meltdown for the ages in the early 1990s, from which its economy has arguably never fully recovered. The authors write: "In the 1990s that relative progress [for Japan] stalled out and GDP per hour worked fell further be­hind the levels achieved in both Germany and the United States. Increasing the level of competitive intensity and driving out low productivity small and large firms would help complete Japan's convergence to the productivity frontier. The Japanese manu­facturing sector still has strong productiv­ity performance, setting the frontier level of productivity in some industries, but its rel­ative performance has declined. ... The lit­erature suggests Japan may have had dif­ficulty with software development and the application of IT."

5) One can also do a breakdown of productivity by industry, and look for industries where productivity in one of these three countries seems especially low compared to the others. For the US, the construction and utilities are two industries where low productivity stands out.  They write: "Recent productivity growth in the United States has been very slow indeed. There are promising technologies on the horizon but so far the gains are not being realized. The results in this article point to problem industries such as construction and utilities where productivity growth is very low or negative. While it is likely that productivity measurement needs to be im­proved, there are also underlying problems associated with regulation and a lack of ef­fective competition." I would add my own hobby-horses here for US productivity growth, which include an insufficient commitment to worker training and to research and development efforts.