The Rise of Global Trade in Services

The Rise of Global Trade in Services 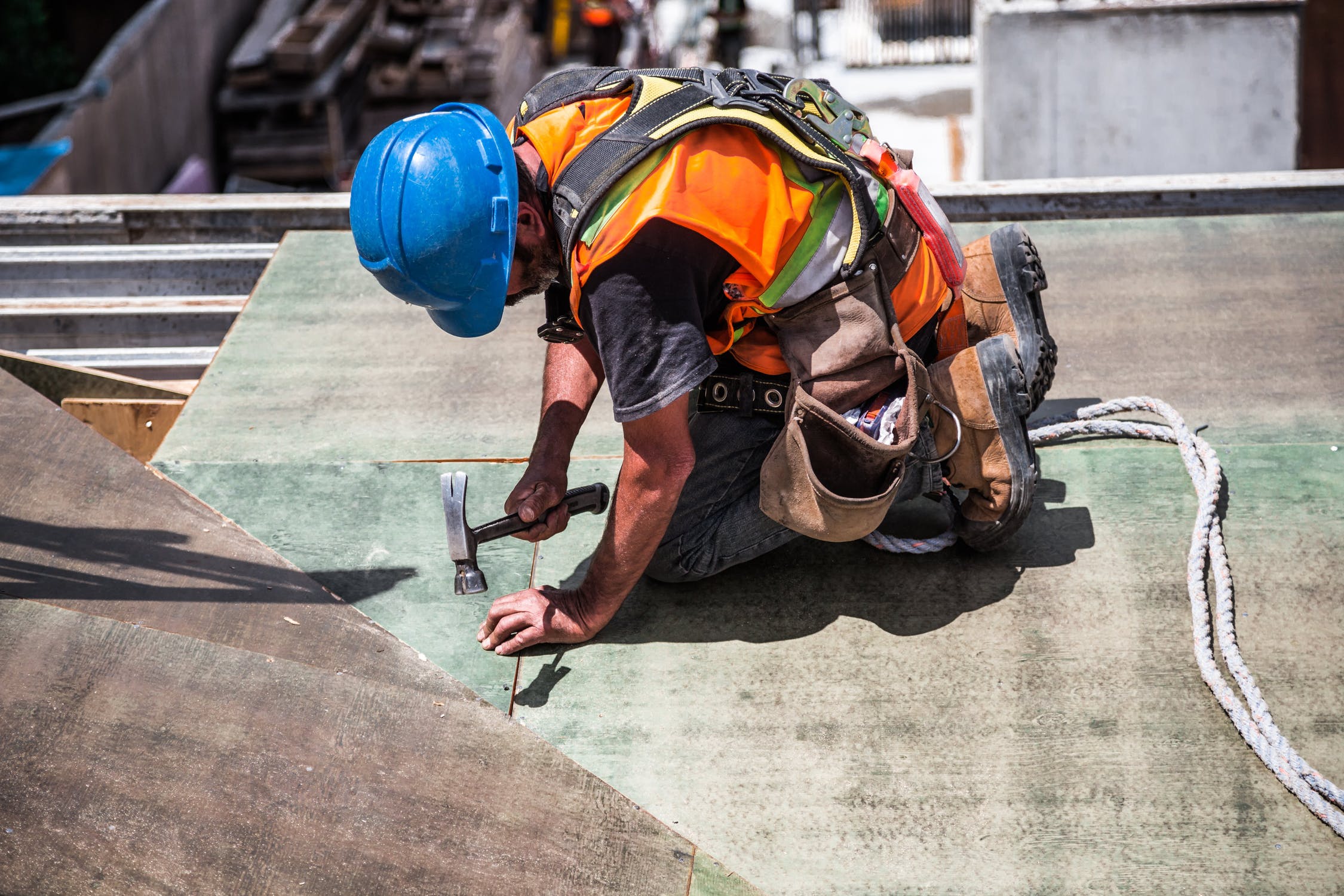 Our mental images of "global trade" are usually about goods: cars and steel, computers and textiles, oil and home appliances, and so on. But in the next few decades, most of the action in terms of increasing global trade is likely to be in services, not goods. More and more of the effects of trade on jobs is going to involve services, too. However, most of us are not used to thinking about countries import and export across national borders transportation services, financial services, tourism, construction, health care and education services, or many others. The 2019 World Trade Report from the World Trade Organization focuses on the theme, "The future of services trade." Here are some tidbits from the report (citations and references to figures omitted):

Services now seem to be transforming international trade in similar ways. Although they still only account for one fifth of cross-border trade, they are the fastest growing sector. While the value of goods exports has increased at a modest 1 per cent annually since 2011, the value of commercial services exports has expanded at three times that rate, 3 per cent. The services share of world trade has grown from just 9 per cent in 1970 to over 20 per cent today – and this report forecasts that services could account for up to one-third of world trade by 2040. This would represent a 50 per cent increase in the share of services in global trade in just two decades.

There is a common perception that globalization is slowing down. But if the growing wave of services trade is factored in – and not just the modest increases in merchandise trade – then globalization may be poised to speed up again.

Of course, high-income countries around the world already have most of their GDP in the form of services. But it's not as widely recognized that emerging market economies already have a majority of their output in services, too, or very close.

Services already accounted for 76 per cent of GDP in advanced economies in 2015 – up from 61 per cent in 1980 – and this share seems likely to rise. In Japan, for example, services represent 68 per cent of GDP; in New Zealand, 72 per cent; and in the US, almost 80 per cent.

Emerging economies, too, are becoming more services-based – in some cases, at an even faster pace than advanced ones. Despite emerging as the “world’s factory” in recent decades, China’s economy is shifting dramatically into services. Services now account for over 52 per cent of GDP – a higher share than manufacturing – up from 41 per cent in 2005. In India, services now make up almost 50 per cent of GDP, up from just 30 per cent in 1970. In Brazil, the share of services in GDP is even higher, at 63 per cent. Between 1980 and 2015, the average share of services in GDP across all developing countries grew from 42 to 55 per cent.

Here's a figure showing the main services that are now being traded internationally. International trade in health care and education services is small, so far. The big areas at present are distribution services, financial services, telecom and computer services, transport services, and tourism. 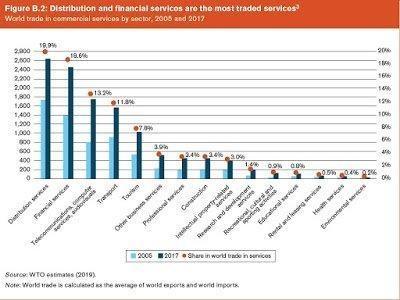 Like most big economic shifts, the rise in services trade is being driven by multiple factors. One is that advances in communications and information technology are making it vastly cheaper to carry out a service in one location and then to deliver it somewhere else. Another is that services are becoming a bigger part of the output of companies that, at first glance, seem focused mainly on goods. For example, car companies produce cars. But they also make a good share of their income providing services like financing, after-sales service of cars already sold, and customizing cars according to the desires of buyers. Another shift is what has been called "premature deindustrialization," referring to the fact that much of the future output growth in manufacturing is likely to come from investments in robotics and automation, while most of the future jobs are likely to be in services. The report notes:

Just because the services sector is playing a bigger role in national economies, this does not mean that the manufacturing sector is shrinking or declining. Many advanced economies are “post-industrial” only in the sense that a shrinking share of the workforce is engaged in manufacturing. Even in the world’s most deindustrialized, services-dominated economies, manufacturing output continues to expand thanks to mechanization and automation, made possible in no small part by advanced services. For example, US manufacturing output tripled between 1970 and 2014 even though its share of employment fell from over 25 per cent to less than 10 per cent. The same pattern of rising industrial output and shrinking employment can be found in Germany, Japan and many other advanced economies. ...

This line between manufacturing and services activities, which is already difficult to distinguish clearly, is becoming even more blurred across many industries. Automakers, for example, are now also service providers, routinely offering financing, product customization, and post-sales care. Likewise, on-line retailers are now also manufacturers, producing not only the computer hardware required to access their services, but many of the goods they sell on-line. Meanwhile, new processes, like 3D printing, result in products that are difficult to classify as either goods or services and are instead a hybrid of the two. This creative intertwining of services and manufacturing is one key reason why productivity continues to grow.

There are lots of issues here. For example, will the gains from trade in services end up benefiting mainly big companies, or mainly large urban areas, or will it allow small- and medium-sized firms in smaller cities or rural areas to have greater access to global markets? Many trade agreements about services are going to involve negotiating fairly specific underlying standards: for example, if a foreign insurance company or bank wants to do business in other countries, the solvency and business practices of that company will be a fair topic of investigation.

The report offers lots of detail on services exports and imports around the world: for example, from advanced and developing countries, involving different kinds of services, as part of global value chains, the involvement of smaller and larger companies, the involvement of female and male workers, case studies of different aspects of services trade in India, China Kenya, Mexico, Philippines, and others. But overall, it seems clear that an ever-larger portion of international trade is going to be arriving electronically, not in a container-shipping compartment at a border stop or a port, and all of us are going to need to wrap our minds around the implications.