A Riveting Excerpt from Upcoming Memoir: Harlem to Hollywood My Real-to-Reel Life by Det. Sonny Grosso

A Riveting Excerpt from Upcoming Memoir: Harlem to Hollywood My Real-to-Reel Life by Det. Sonny Grosso 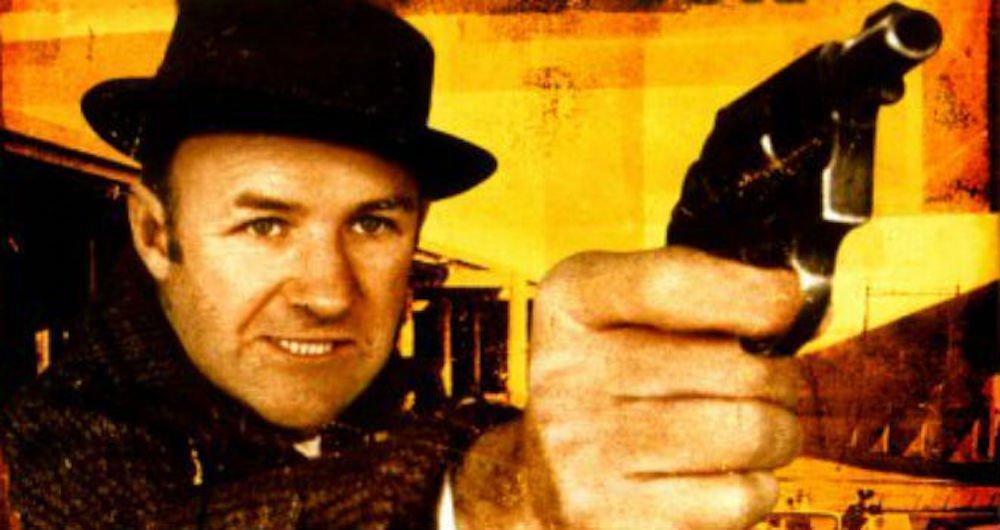 Making a living as a writer or any other creative in Hollywood is all about having a really good story, and finding the right people to listen to it. Well, I sold my first television script to producer Sonny Grosso, who had successfully segued from being a celebrated NYPD detective known for many cases, including the famous French Connectiondrug bust. Harlem-born Sonny, who has become like an “Italian godfather” to me, had come to Toronto to successfully film numerous television dramas and movies.

I quickly found that Sonny Grosso can tell a story. So, prepare to be entertained by having a read of the Intro to his upcoming memoir, Harlem to Hollywood: My Real-to-Reel Life by Sonny Grosso:

Storytellers have always enthralled us because when we create stories, we create gods, heroes, bad guys, and magic. One of the youngest first-grade detectives in NYPD history and later an award-winning television and movie producer, Sonny Grosso is one of those captivating storytellers. Like when people drop everything to hear him tell how he still carries his service revolver, the very one that Al Pacino as Michael Corleone used in that famous restaurant scene in The Godfather — when Det. Grosso was a technical advisor, and a budding film producer.

Retired NYPD detective Grosso is a real-life hero whose law enforcement exploits on the “scary but exciting” streets of New York included catching the terrorist leader of the BLA and being part of the largest heroin bust in U.S. history, which was turned into a 5-time Oscar winning movie, The French Connection.

Harlem to Hollywood includes stories with social, historical and cultural relevance. It’s told through the eyes of an ordinary man who has lived an extraordinary life both as a decorated NYPD cop and celebrated Hollywood producer.

Although he’d never admit it, Grosso is like a real, modern-day ‘godfather’ especially when people gather around him. Listen, most of us are lucky if we get to have dinner with one famous person in our whole lives. Sonny has been doing it every week at places like Puglia’s, Rao’s and Manducati’s. And there he holds court, welcoming friends and associates, this former kid from Italian Harlem who became a super cop and a groundbreaking Hollywood producer. Film critic James Monaco once observed, “Sonny Grosso has had a hand in most of the major cop films and television series of the 1970s.” And that was before he established himself with his own production company.

Truth is, wherever Sonny turns up today, be it at a National Law Enforcement event, at a movie premiere, at a social occasion or at a restaurant, people come over to meet the real French Connection cop, to press the flesh or maybe hear a story or two or three. For those who really know him, Sonny is one of the last of a classic breed of tough heroes. Not only do they not make ’em like they used to but you just know that Sonny is the type of stand-up guy who would’ve backed up the ‘Coop’ in that classic western High Noon when nobody else did.

Thing is the great Gary Cooper was a “reel” star while good guys like Sonny Grosso are real, flesh and blood heroes who get shot with real bullets, have contracts put out on them, carry old war wounds, and still stand up for the good guys. As great as cops like Kojak, Dirty Harry and Die Hard’s John McClane are onscreen, Sonny Grosso is a real champion, one of the last great cops standing, someone who “would take a bullet for you,” as Oscar winning director William Friedkin says of him in the eye-opening French Connection documentary.

Harlem to Hollywood is set against a backdrop of the massive changes during post-war America in the 50s through the 70s, when Grosso was a cop. And from the 80s through the 00s when he was a producer, and when television and the movies changed the way we view our world. It was the best of times and the worst of times, and his story is what dreams and nightmares are made of.

His story began as the only son of a widowed 33-year-old Mom who also had three younger daughters. Grosso grew up in Harlem alongside wiseguys and was tempted sometimes by the dark side. His tale continued as he became a decorated NYPD detective who did a lot of Q & A’s and listened to people’s dialog, teaching him about “people’s motivations, and the face that they put on.”

So when he segued from Harlem’s scary streets to Hollywood’s fast freeways and the movie business, he associated himself with people that worked from their heart and their soul. Not by what the surveys said. Always sticking with his gut, Grosso initially learned his new craft working on movies like The French Connection and The Godfather, two of AFI’s 100 Greatest Movies. After he retired from the NYPD, he became a producer of nearly 800 hours of dramatic movies and groundbreaking television — from innovative reality shows Top Cops and Secret Service to ten book-to-movie adaptations of best-selling author Mary Higgins Clark.

Of his Hollywood experience, Sonny loves to quote Hunter Thompson who described the entertainment business as “a cruel and shallow money trench. . .where thieves and pimps run free, and good men die like dogs.” To which Sonny slyly adds, “There’s also a negative side!”

Sonny says, “Everyone always asks me how I went from being a detective in Harlem to a producer in Hollywood. . .I will tell you what I told them.”

Buckle up, it’s going to be one hell of a ride!

The story above is the Introduction to Det. Sonny Grosso’s upcoming book, “Harlem to Hollywood...” Click on the underlined hyperlinks for The French Connection trailer, and other clips from Sonny’s career including The Seven-Ups, and his The New Yorkers interview.

Ashley Jude Collie’snewdystopian novel, REJEX, is available on Amazon (US) and Amazon (UK), and Amazon worldwide.