The Role of Higher Order Thinking Skills on Moral Development

The Role of Higher Order Thinking Skills on Moral Development 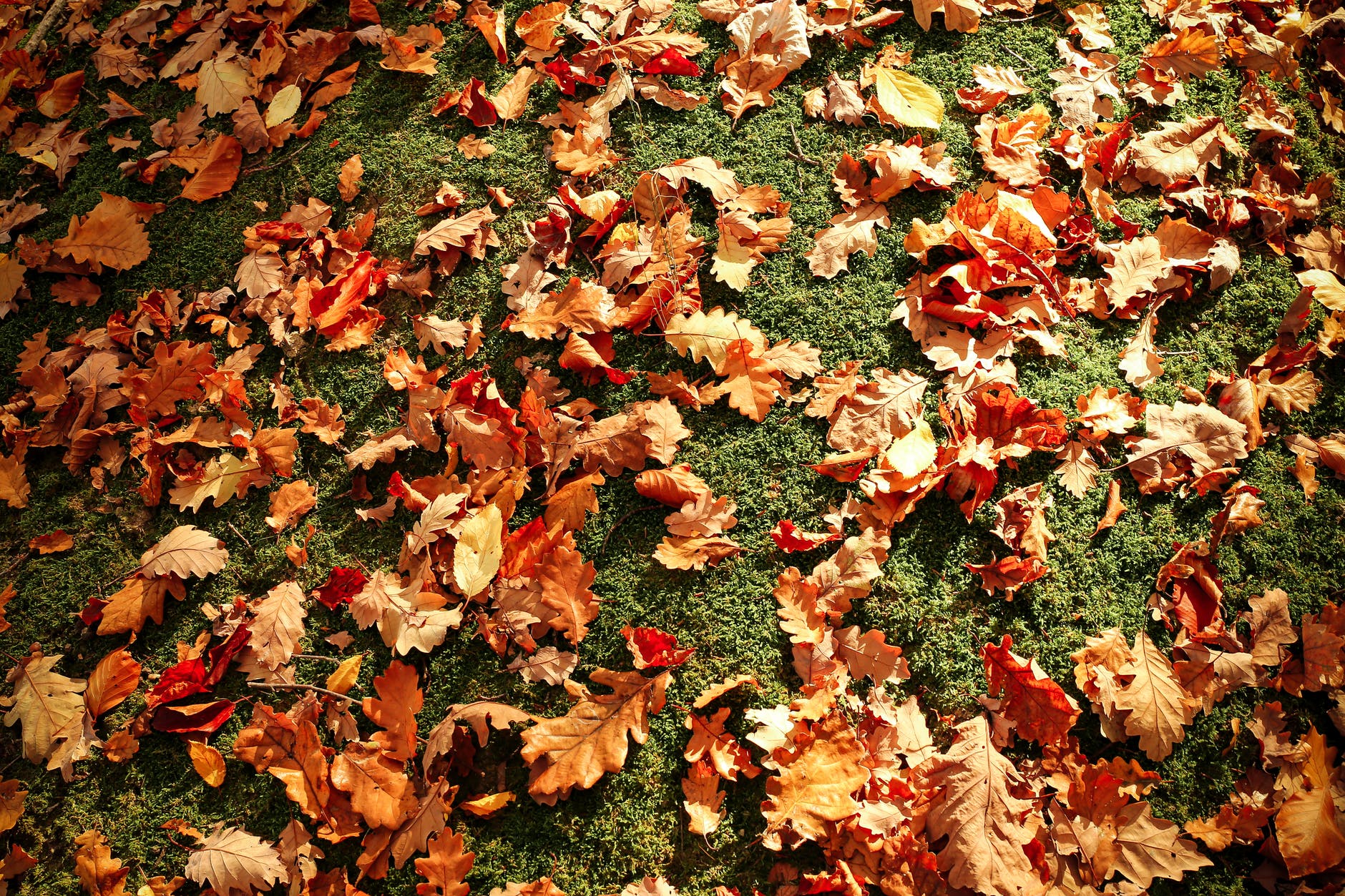 Our society should have moved away from black and white or good and bad, however, too many in society see the world that way and the need for having values that build a better society is greater than ever before. 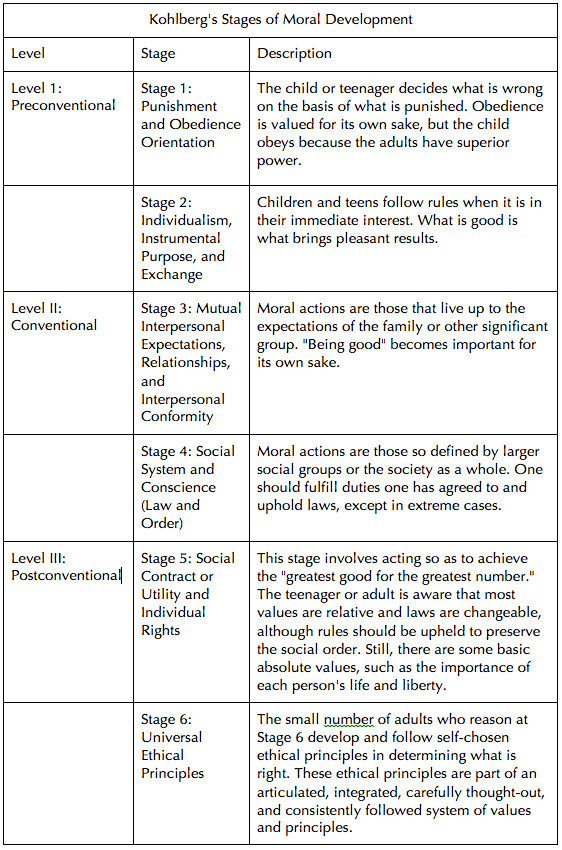 The conventional, or concrete, level of cognitive development puts law and order as the most important aspect of moral development. If something is legal, it is right. If something is illegal, it is wrong. The world is largely black and white – right and wrong. When we look at the world around us, this is the state that we find ourselves in. If we look at the table below, we can see that fewer than 15% of adults ever move beyond the black and white stages of moral development. 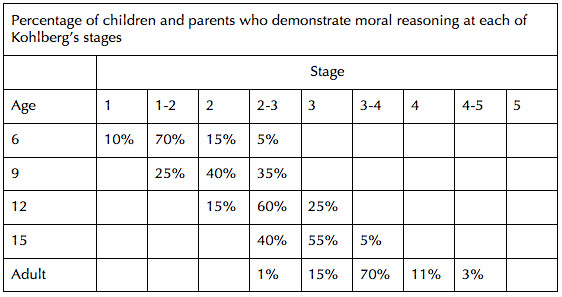 What is wrong with this? Rules are rules, laws are laws, and black is black. If we look at history, politicians, and people of influence take advantage of this to manipulate and control masses of people. If laws define right or wrong, conformity is the rule. Follow the leader, and if the leader views a change in the laws or norms of society, the vast majority of people will fall in behind and do whatever they are asked to do. Why is this a problem?

Laws can be changed and leaders can normalize behaviors that are morally or ethically wrong. Jews can be targeted and vilified. Tutsi’s can be exterminated. Blacks can be bought and sold like livestock. Indigenous people can be forcibly sent to residential schools. Unarmed black youths can be killed without repercussion. Coloured people can be denied property rights or any voice in society. Islam can be targeted. Christians can be removed. Genocide in Myanmar. These things are not just things of the past but are things of today.

Even more terrifying is where this is leading us. Having abdicated our responsibility to teach higher order thinking skills we have removed ourselves from being able to build a better world. We can design a smaller smartphone. We can build bigger bridges. We can put smileys on the top of a coffee. We can watch the inside of the body in real-time. We can do all kinds of things.

But, we can’t stop the horrors that surround us. We can’t prevent another Holocaust. We can wring our hands and say “never again” but have nothing more than prayers to offer when mass murders become as commonplace as automobile accidents. If our laws say something is right or our leaders agitate for the unthinkable, the vast majority of people – across the globe – shrug, raise one eyebrow, and go back to sleep because this is all their thinking allows.

Teaching higher order thinking skills isn’t a luxury that we should reserve for a few. It isn’t a nice add-on to a degree. It isn’t a perk of going to a good school. It is (or should be) the core of higher education.

Education should be about learning to think.

Imagine a world where higher education resulted in thinking? Given the numbers of people in our developed societies who have and are obtaining higher degrees, we would have millions, even billions of adults who could engage in higher order thinking and understand higher order moral development. People don't think of other options than the immediate response that is easy and natural if there are no higher order thinking skills. Violence is easy. Hatred is easy. One-sided views are natural. Following along is the way to go. Not thinking is the order of the day.

Are we responsible? Not completely, but we have to accept the part we have played in shaping the world we live in. One more publication or one more grant application has put us where we are. These are the current values of most of those in higher education. Teaching students to think gets in the way of content and research.

I don’t see any way we are going to change the established order. The only way forward is to separate teaching and research with the primary goal of teaching is teaching students to think. The content has to be there in order for learners to have something to think about, but the content will take care of itself.

We can do this. All we have to do is decide. We know how people learn. We know how to teach higher order thinking skills. We can change the world.