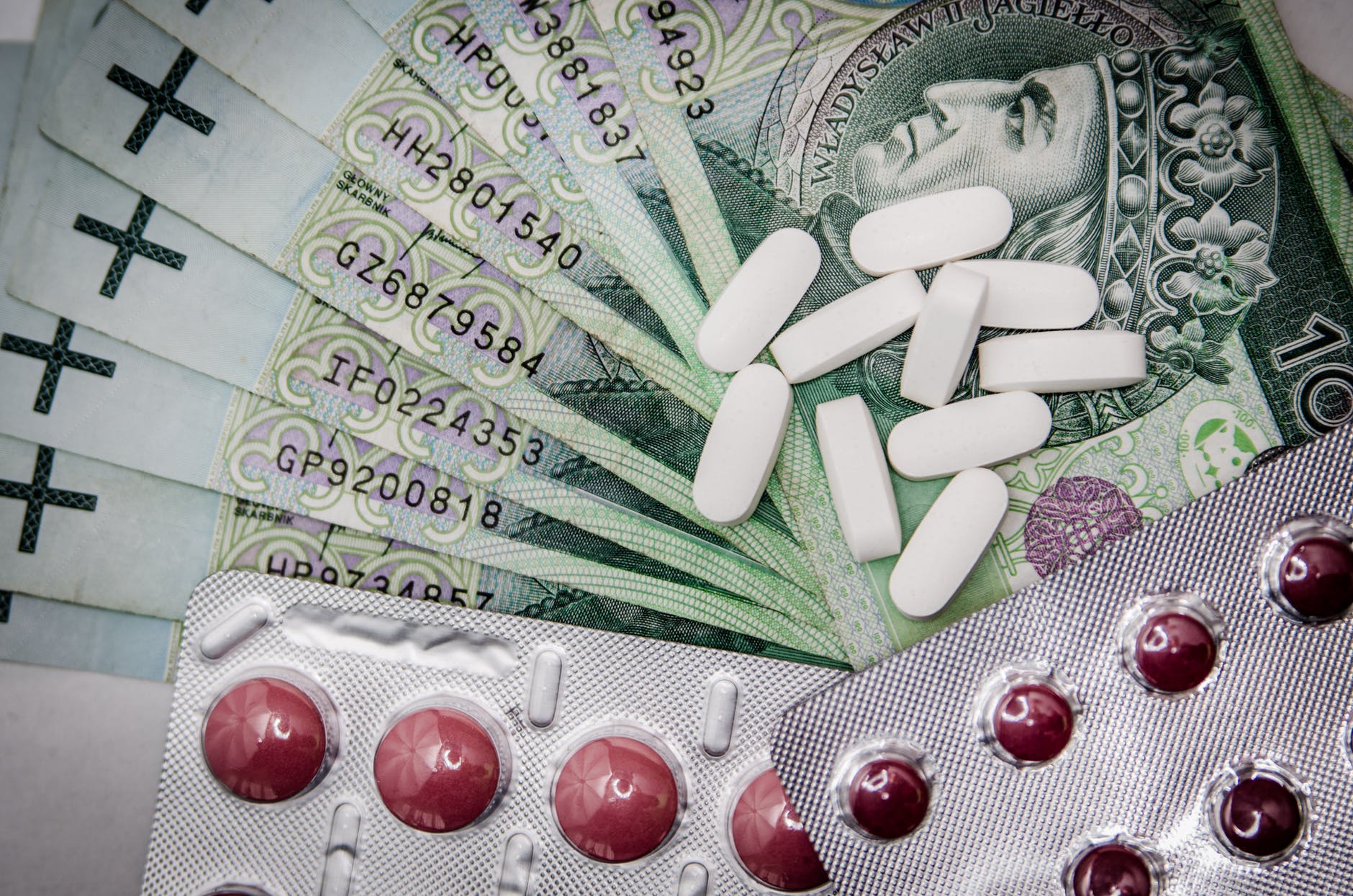 One genuine accomplishment of the Patient Protection and Affordable Care Act of 2010 is that it reduced the share of Americans lacking health insurance. The National Center for Health Statistics has just published the most estimates for 2017 in "Health Insurance Coverage: Early Release of Estimates From the National Health Interview Survey, 2017," Robin A. Cohen, Emily P. Zammitti, and Michael E. Martinez (May 22, 2018). Here are a few snapshots:

Those over age 65 have health insurance through Medicare. Thus, it's conventional to focus on the health insurance status of those the age 64 and below the percentage of adults age 18-64 without health insurance drops sharply right after the passage of the 2010 legislation, and has stayed lower since then. 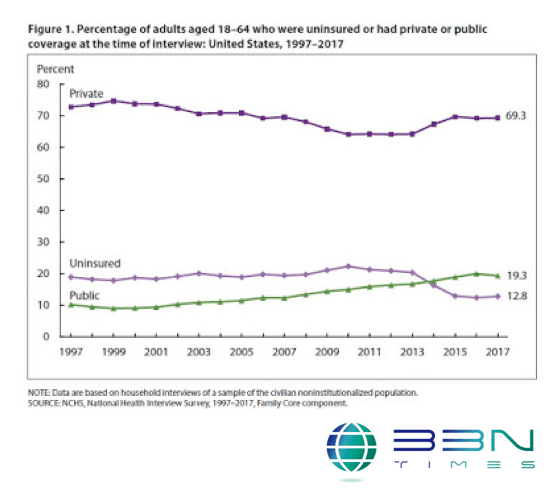 For those under age 18, two patterns are readily apparent. The percentage of insured children has been falling steadily since 1997, tracing back to the passage of the State Children's Health Insurance Program (SCHIP) that year. At the same time, the share of children with private health insurance coverage has steadily declined, and the share with public coverage has risen. These long-term patterns are not much altered by the 2010 legislation. 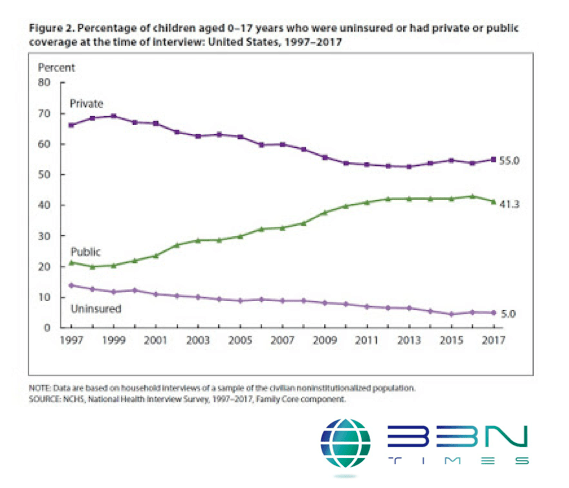 Those who were poor and near-poor were most likely to see expanded health insurance coverage as a result of the 2010 legislation. 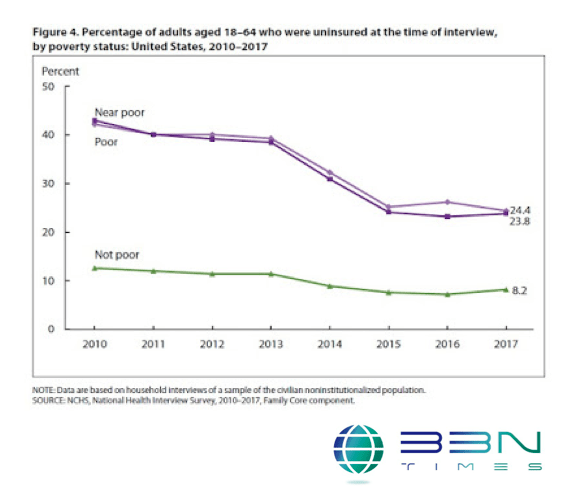 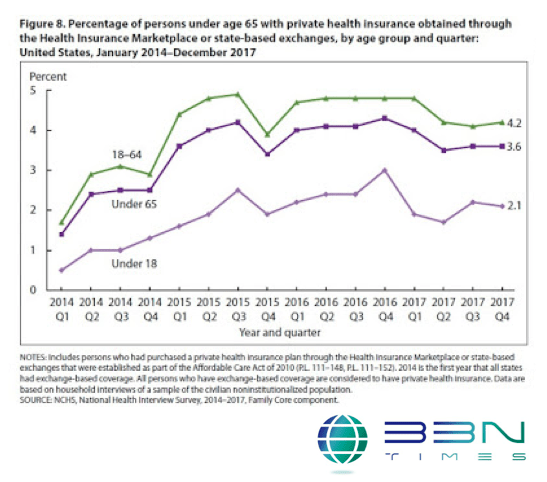 A version of this article originally appeared on Conversable Economist.