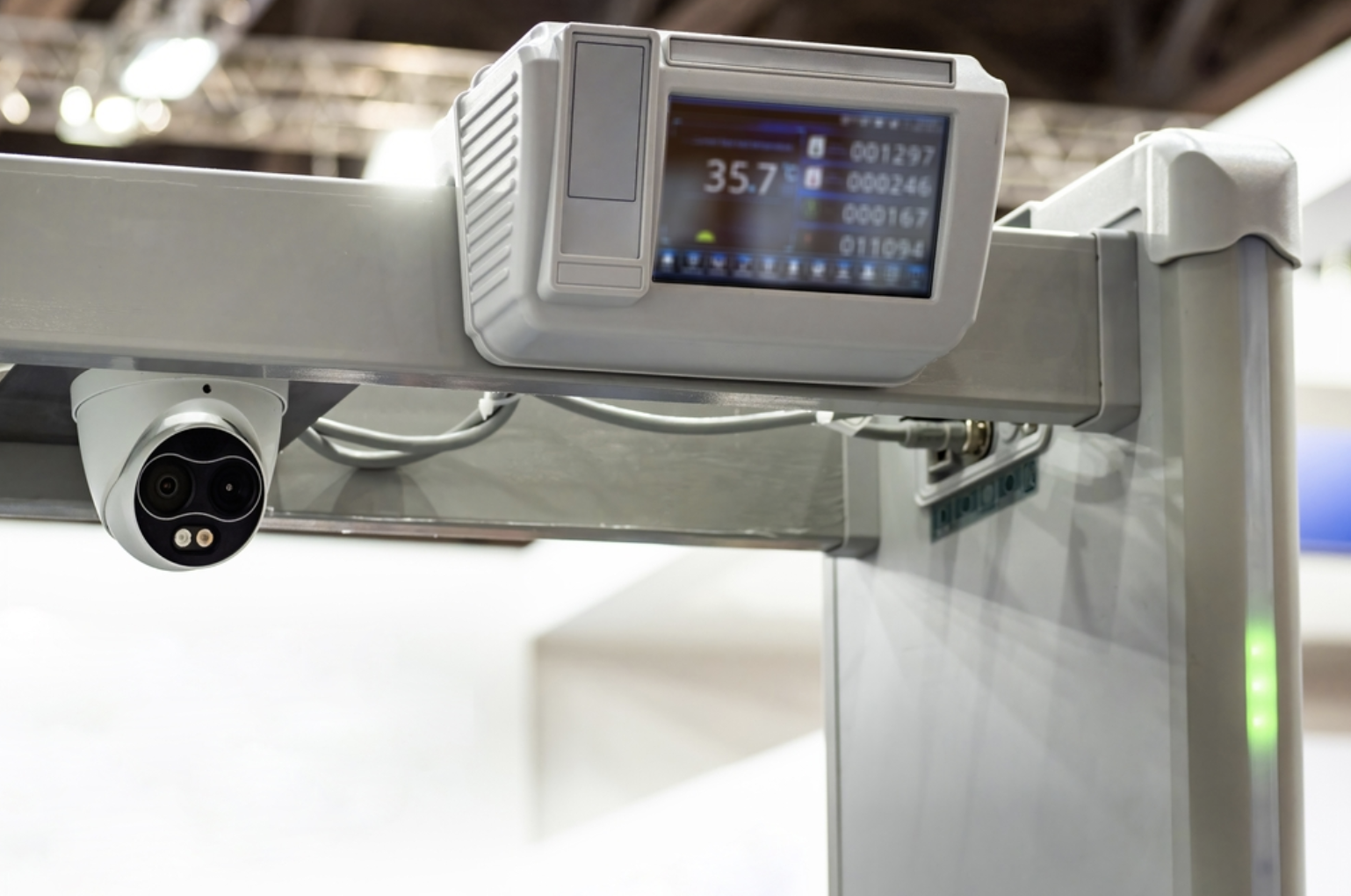 The integration of AI in counter-terrorism will significantly reduce the need for damage-control, enabling governments take preemptive measures.

In May 2022, 19 students and two teachers were fatally shot in an elementary school in Uvalde, Texas, by an armed gunman. In another incident in the same month, a terrorist killed 10 people, and injured another three in a racially motivated mass shooting at a supermarket. There has been an increase in the amount and frequency of terrorist attacks recently despite the deployment of advanced technologies in military and security. This discloses the loopholes in the system that human intelligence cannot detect. It is a massive call for the authorities to integrate intelligent technologies like AI in counter-terrorism to detect and prevent future terrorist events. Many countries have leveraged AI in counter-terrorism, and the results have been successful. AI will help authorities to 'preact' rather than 'react' to the damage and also build robust strategies for multiple consequences. Here is how. 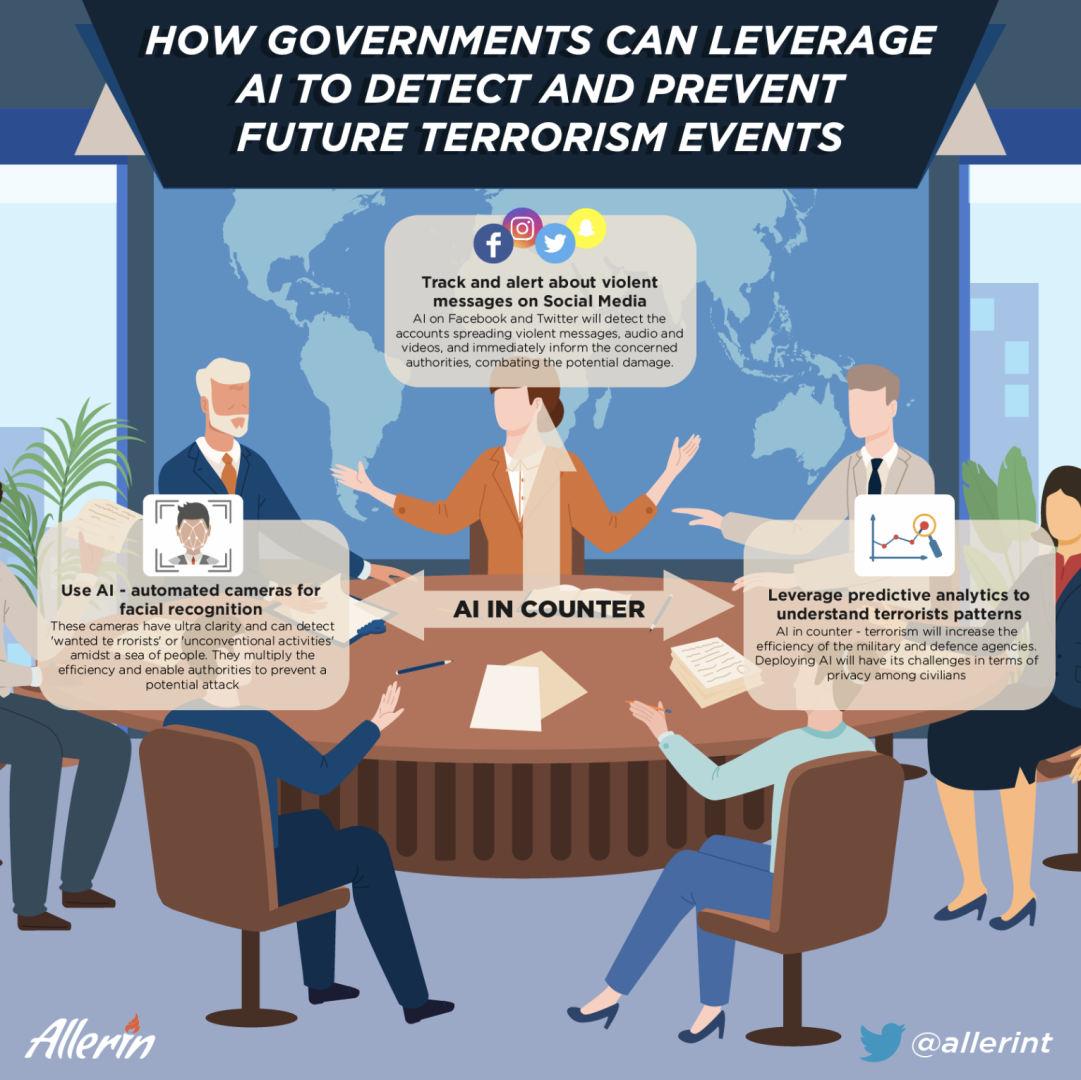 The increasing communities of extremists on social media are making the task of terrorists easier. Media like Facebook and Twitter are known to actively spread hate speech, violent videos, and audio, fake news, etc., to provoke people and encourage them to take extreme actions. These platforms are also used to trap people who can then be used for unauthorized activities. Once the group is formed, they move on to more secure mediums like Whatsapp and Telegram, where they get end-to-end encryption, making it difficult to track their activities. Here is where AI can be integrated. AI on Facebook and Twitter will detect the accounts spreading violent messages, audio, and videos and immediately inform the concerned authorities, combating the potential damage.

Public places are the primary spot for any attack. Even for exchanging explosives or messages, terrorists choose crowded places as it gets challenging to notice them amongst the crowd. Having AI-integrated cameras in public places can increase the efficiency of detecting malicious activities amidst the crowd. These cameras scan everyone's faces, even the ones who have disguised themselves. Then, they compare and contrast the information with whitelisted and blacklisted terrorists and inform the authorities if they have been spotted. These cameras have ultra clarity and can detect 'wanted terrorists' or 'unconventional activities' amidst a sea of people. They multiply the efficiency and enable authorities to prevent a potential attack.

Predictive analytics capture patterns, compare them with records and predict the event's outcome. For example, in the past, if specific actions led to violence and occurred multiple times in the same sequence, then the machine would record those actions as a pattern. If the machine gets data resembling the pattern, it will immediately alarm the authorities. This can be used to observe terrorist patterns, including time, date, locations, code language, etc., and plan a strategy accordingly. It can help prevent future terrorist events.

AI in counter-terrorism will increase the efficiency of the military and defence agencies. Deploying AI will have its challenges in terms of privacy among civilians. However, AI intelligence cells, civilian intelligence agencies and the government must work together and spread awareness without spilling too many beans.