A Decade of Diet Lies

A Decade of Diet Lies 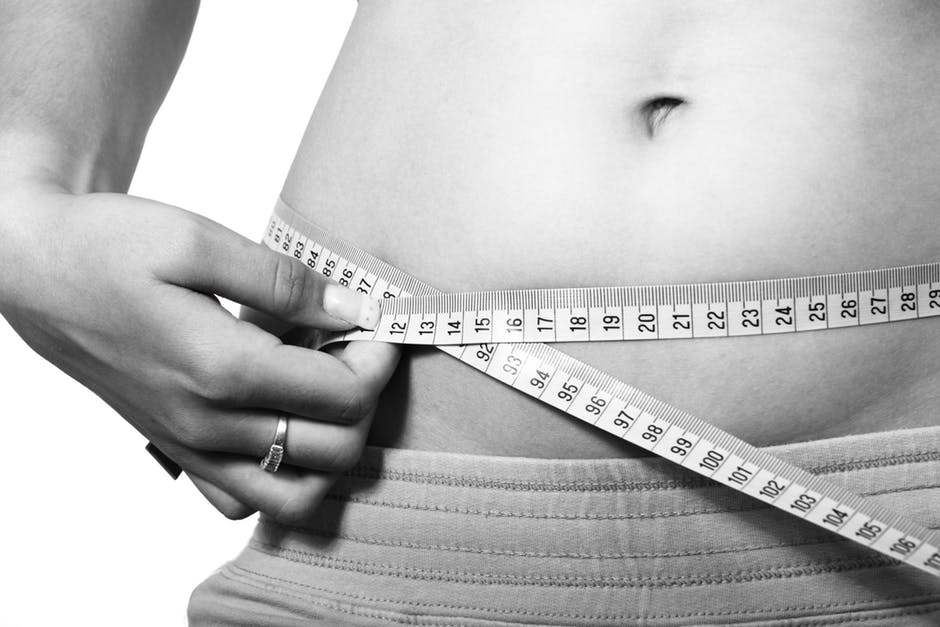 Ancel Keys, arguably the most influential nutrition scientist of the past half century or so, died in 2004 at the age of 100. Keys invented the “K ration,” named for him, that provided our deployed military with portable and complete nutrition.

He was among the first, if not the first, to hypothesize that heart disease was not an inevitable consequence of aging, but likely related to diet and lifestyle. Obvious as that now seems, someone had to be the first to consider it- and that someone was Ancel Keys. He developed and directed the Seven Countries Study, a colossal undertaking, that tested the above hypothesis, concluding that variation in dietary sources of saturated fat- notably meat and dairy- contributed importantly to cardiovascular risk. 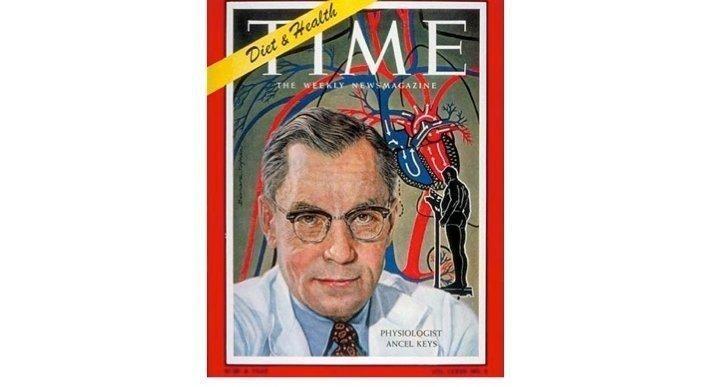 Throughout most of his life, Keys was celebrated as a public health hero. He graced the cover of TIME Magazine as such in 1961, as shown in the image above.

In the years leading up to his death, however, and in the decade since, much of the public commentary about Keys, his life’s work, his seminal Seven Countries Study, and his integrity has been derogatory. There are five apparent reasons for this.

The first is perhaps best described as Newtonian: for every action, an equal and opposite reaction. Maybe we simply can’t resist the inclination, whenever someone settles securely on a pedestal we’ve placed under them, to shift our efforts to knocking them down.

The second might best be described as Aesopian, as in the Aesop’s Fable that says: we are all judged by the company we keep. The latter years of Keys’ life, and those since his death, were concurrent with misguided forays into low-fat dietary boondoggles, and somebody had to be blamed. In many quarters, that somebody wound up being Ancel Keys, for having pointed out the harms of dietary fat- albeit only certain dietary fat- in the first place.

The third reason is that everyone seems to love a good conspiracy theory. So, there were careers to launch and books to sell, as there are today, by telling us all that everything “authorities” had advised was wrong, that the real truth was being concealed, distorted, or suppressed. As one of the world’s preeminent epidemiologists, Keys was among such “authorities,” and thus an obvious target of conspiracy theory, revisionist history, and “alternative facts.”

The fourth reason was the advent of the Internet. Once upon a time, you needed actually to know something to broadcast “expertise,” because an editorial filter stood between you and the public at large. There were ways around this, of course, such as the reliance on celebrity as an alternative to content knowledge as a basis for selling books, lotions, potions, or programs. But even so, the means of disseminating messages favored those with some claim to genuine merit. Now, anyone with Internet access can broadcast opinion, masquerading as expert opinion, into the echo chambers of cyberspace, where those who owned the same opinion already will amplify it. So, for instance, those totally devoted to eating- or selling- meat, butter, and cheese are also apt to eat up, and regurgitate, any allegations against those pointing out the related liabilities.

The fifth is the most obvious: along with not wearing plaid, dead men don’t fight back very effectively, either. Keys has mostly been turned into a scapegoat since dying. By way of reminder, he lived to 100, and applied what he thought he knew about diet and lifestyle to himself. That alone would make him a candidate for both celebrity and expert status today. One imagines the book: “Diet of the Century.”

The allegations against Keys come in four basic flavors: (1) he “cherry picked” countries to enroll in his study to align with the beliefs he already held; (2) he “fudged” or selectively presented data to make a case aligned with the beliefs he favored; (3) he either failed to study sugar, or misrepresented findings about it; and (4) he advocated for a now generally discredited “low fat” dietary pattern.

These are not matters of historical interest; these are matters of current urgency, for two reasons. First, diet is now widely recognized as the single greatest, modifiable influence on human health, and has comparably massive implications for the health of the planet. We really do need to know whether dietary sources of saturated fat are the bad idea Keys told us they were.

Second, as ominously pointed out by Vladimir Lenin, a “lie repeated often enough becomes the truth.”  Well, it never becomes the truth, of course- it just replaces the truth. The alternative narrative about Keys, and his work, is doing just that. The allegations against Keys have spread through so much terrain in cyberspace that no one seeking information on the man, his work, saturated fat, or heart disease risk can avoid tripping over them. This has caused some perfectly legitimate and widely respected scientists to conflate prevalence for reliability, and propound what they have found- adding further to the cycle of repetition.

All of which begs the critical question: did they find truth, or lies?

The only way to answer that reliably was with hard work. The now popular allegations against Keys, and the Seven Countries Study, would have to be turned into questions, such as: how were countries selected and enrolled? Were all of the relevant data published? Was sugar studied in the same ways as saturated fat or not? Then, these questions would have to be answered not with the most readily available or oft-repeated claims, but based on the original source materials dating back, in some cases, more than half a century- and on interviews with Keys’ co-investigators who were directly involved and there at the time.

The True Health Initiative, a 501c3 non-profit organization I founded to identify and disseminate the fundamental truths about lifestyle and the health of people and planet alike, based on the weight of evidence and the global consensus of experts, commissioned a White Paper to do exactly that. The paper, with its extensive and fully transparent bibliography of primary source material, was just released, and is accessible to all. The basic conclusion is that all popular disparagements of Keys and his research are…lies.

To be fair, they are likely lies of two varieties. There is the truly bad, “I know that what I am saying is untrue, but it suits my agenda to say it anyway” kind. There is the less bad, “I came upon information I liked or found persuasive, and repeated it before verifying it was true” kind. The latter is not about willful dishonesty, just carelessness. But since both varieties promulgate misinformation, both kinds are harmful.

Lies repeated often enough never actually become the truth; they simply threaten to smother the truth. After a decade of lies about Ancel Keys and the Seven Countries Study, it’s time for the truth to break free, and strike back- clad in plaid, or otherwise.

View all
Why Workplace Injuries Can Happen Even in Offices and How to Reduce the Risks
Roof Maintenance Tips for Businesses: How to Keep Company's Premises Safe
How Working With A Marketing Company Can Improve Your Business
6 Ways to Future-Proof Your Business
Why You Need Product Marketing People To Turbocharge Your Business Growth
The Importance of Data Culture in Digital Transformation
Green Blockchain Plays a Major Part in Fending Off Climate Change
8 Great Ways to Help You Save Energy
How Blockchain Technology is Reinventing The Power Grid
How Blockchain and IoT Collectively Reshape Food Production
4 Ways To Make Sustainability A Part Of Your Everyday Life
Are Mushrooms the Future of Fashion?
Understanding Personal Financial Management: What You Need To Know
Venture Capital: Size and Focus
How To Build a Recession Proof Business
Leveraging Computer Vision To Optimize Property Valuation
4 Ways IoT is Revolutionizing The Finance Industry
Helpful Things You Need To Know About Before Starting A Career In Trading
Some Human Capital Controversies and Meditations
US Unions and Alternative Voices for Labor
Core Inflation Soars, Retail Sales Weaken
Labor Economics: Quiet Quitting, Firing, Mental Health and Productivity
The Slowdown of U.S. Productivity Sector
Work From Home: Disrupting the Unwritten Labor Market
76 Theses on American Patriotism
Why Are More People Becoming Right Wing?
A New Law That May Impact Prince Andrew, Princess Beatrice and Prince Harry
King Charles Meets Northern Ireland's Political Leaders During Historic Visit
The Role Machine Learning in Tracing Historical Events
King Charles III Addressed the Nation for First Time
What Should Hospitals Add To Ensure Maximum Patient Comfort
Learn How To Look Healthy And Fresh No Matter Where You Are
How To Obtain Safe & Secure Equipment For Your Lab
What is the Difference Between Baidu and Tencent in Terms of AI Technology?
Data Science vs Data Analytics: What Are The Similarities & Differences?
Infection Control: What Can Primary Care Staff Do to Prevent C. Diff?
6 Amazing Places You Must Check Out In Turkey
Toward a More Spiritual You
Who Do You Call, And In What Order, After You've Been Injured
Taking a Break: Ways to Relax During Your Business Travels
The Best Careers to Seek as a Music-Lover
Recharge Yourself to Be More Productive
The Future of UX Design: Four Cutting-Edge Technologies That Enhance User Experience
The Main Reasons Why People Choose To Buy An E-Bike
How Robotics Can Make Oil And Gas Production Safer
The Internet of Things is Improving Security Systems for Commercial Buildings
Top Ways Smart Tech Solutions Can Help Businesses Protect Their Databases
3 Ways In Which IoT Reliability Can Be Improved

The Future of UX Design: Four Cutting-Edge Technologies That Enhance User Experience
Understanding Personal Financial Management: What You Need To Know
Why Workplace Injuries Can Happen Even in Offices and How to Reduce the Risks
The Main Reasons Why People Choose To Buy An E-Bike
Roof Maintenance Tips for Businesses: How to Keep Company's Premises Safe