Animal Protein as Perpetrator: The Challenge in Indicting the Right Nutrient

Animal Protein as Perpetrator: The Challenge in Indicting the Right Nutrient 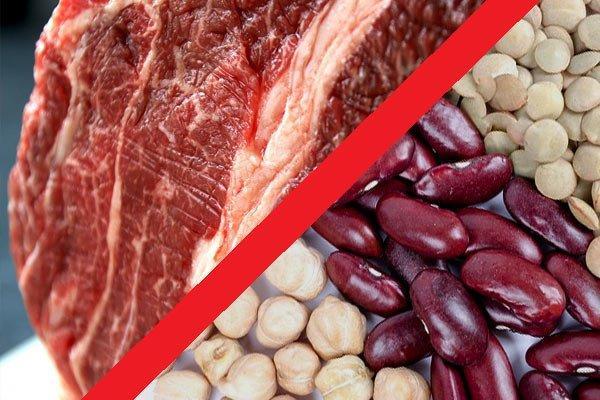 A study recently published in the International Journal of Epidemiology by researchers at Loma Linda University in California, and the Université Paris-Saclay, in Paris, France reports noteworthy health benefit from plant protein, and significant harms from animal protein. Just such diverging effects of this one nutrient class based on its delivery sources has a rather storied history, figuring prominently, for example, in The China Study. Among others, T. Colin Campbell contends in that book that much of the harm attributed to the saturated fat in animal foods is, in fact, due to the protein instead.

The indictment of animal protein in the new study might be valid, but it’s very hard to know. Let’s explore the reasons why.

The study examined protein intake patterns among over 80,000 people in the Adventist Health Study-2, a large observational cohort study in which people are observed and assessed over time, but not randomized to any given intervention. The highest quintile of meat protein intake, as compared to the lowest, was associated with a 60% relative increase in cardiovascular risk, while the highest compared to lowest intake of protein from nuts and seeds was associated with a 40% reduction.

The first consideration is that other dietary factors might account for some, or even all, of the effects attributed here to protein per se. There was careful adjustment for such factors in the analysis, but such adjustment can never be complete. So, at this point in our assessment, the effect of animal protein, per se, looks to be of concern, but is certainly not implicated beyond a reasonable doubt.

The study is, as noted, observational, not interventional, and thus is only really designed to reveal patterns and associations, not establish cause and effect. A strong association in a very large cohort such as this, however, tends to carry the look of cause and effect, and is apt to get everyone, first of all the researchers themselves, thinking that way. While a study such as this can contribute to conclusions about causal factors, it certainly does not suffice on its own. There were obviously systematic diet pattern differences between those eating a lot of meat, and those eating little meat but lots of nuts and seeds, and potentially (probably) other important lifestyle differences as well. Any of these, or all of them together, and especially those that were not included in the analysis- might account for some, or in principle even all, of the effect attributed to protein.

Leaving the study to look at the matter from altitude, the long prevailing position has been that animal sources of protein are complete, and plant sources are not- with complete referring to the complement of essential amino acids. This position is, in fact, false- but many opining publicly on the topic have yet to get the memo. All plant foods contain all essential amino acids, albeit some at low concentrations. An exclusively plant based diet provides all essential proteins for human health, and the practice of food combining is not required to meet the relevant threshold quantities of each.

Some have argued that an important difference is more sulfur-containing amino acids in animal foods, leading to the production of acidic metabolites that require buffering. The complete amino acid profile of animal foods, and the relatively high concentration of those amino acids, may also foster brisk anabolic responses (i.e., rapid tissue growth) which may be detrimental- other than for body builders.

Other potential explanations for differential health effects of plant and animal protein include different amino acid ratios, and differential effects on the microbiome- notably the production of TMAO. TMAO is a metabolite of several nutrients, notably choline, carnitine, and lecithin, that accompany protein in animal foods, and is strongly linked to cardiovascular risk. There are, however, compounds in plant foods that can also induce the production of TMAO, and the topic is more complicated than direct attribution to any one food.

An extensive recent review of protein sources rightly notes the near impossibility of isolating the effects of animal protein, per se, from differences in overall dietary pattern. The same paper concludes that few of the proposed mechanisms of harm from animal protein are well substantiated, and some are not even entirely plausible.

What remains a rather abstruse matter at the level of isolated nutrients, then, becomes much clearer when food sources are considered. Studies have shown, repeatedly, that a predominance of plant-food protein sources in the diet is associated with reductions in chronic disease and premature death as compared to a predominance of animal-food sources. Environmental arguments for a shift to plant protein sources- notably beans and legumes- may be even stronger. Arguments about meat intake, per se, extend well beyond considerations of protein content or even just health effects.

We have known for years and even decades the leading “root” causes of chronic disease and premature death, and known how to fix them as well. But we know these things in the holistic context of lifestyle and dietary pattern. All the while, science has proceeded as science is wont to do, reductionistically. The value in that reductionism is indisputable; we all owe much to the propensity of science to find the secret revelations concealed in the parts of parts. But at times there is more lost than gained in disassembling an elephant into such component parts, namely- the perspective born only of altitude.

We will almost certainly never indict and convict the “right” nutrient, nor canonize the right one, either, because it is the pattern of our diets and the foods of which they are composed that most meaningfully feeds and alters our medical destinies. If we direct our focus there, at last, we can reliably get all of the nutrients right. But we may have to renounce the satisfaction that comes with having a perpetrator to blame.