Combating The Terror of Chronic Disease, and Vice Versa

Combating The Terror of Chronic Disease, and Vice Versa 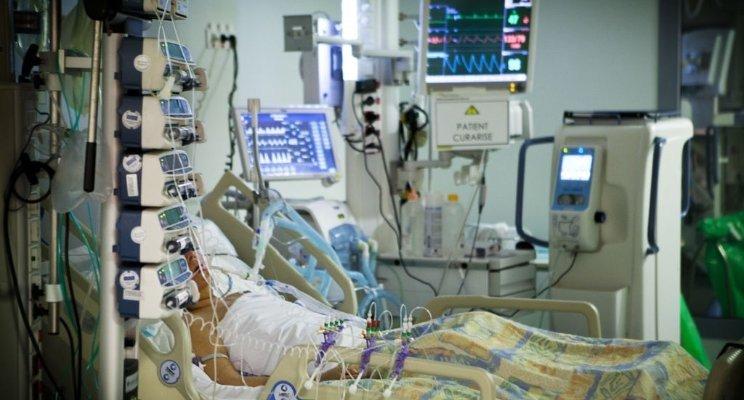 We have seen triumphs, and we have seen disasters, but we certainly see no end in sight. This somber conclusion took me back to my impressions as a medical resident, training in Internal Medicine, in the late 1980s and early 1990s. For those who don’t know, residency is the crucible of medical indoctrination, the harsh gauntlet of transformation. The hours and duress of it all have been attenuated over time, although they remain impressive by most standards.

In my day, the typical workweek spanned 100 hours, and sometimes more, running through night as well as day. Almost all of that time was spent tending to hospitalized patients who were inevitably, in this age of ever more outpatient care, very sick. Our mission was a combat mission; we were combating the ever-present threat of decompensation and death.

We were pretty good at it, and the never-ending advances in medicine make us better at it all the time. We can treat astonishingly complex and grave diseases effectively. In the ICU, technology can take over for almost every failed organ system, albeit much less well than the native article. Death, more often than not, can be forestalled.

But we ourselves are forestalled, now as then, in moving past combat to the solace of success. The hospital was all about people who mostly had serious chronic diseases that never needed to happen, and were never going away. We care providers and our technical wherewithal were and remain all the King’s Horses and all the King’s Men; and our patients, alas, were Humpty Dumpty. What we could not put together for them was genuine vitality, long gone, and gone for good. Famously, you can’t unscramble an egg.

But Humpty Dumpty conveys another message, more important: why is that fall off the wall necessary in the first place? Let’s put a seat belt up there; or cushions at the base of the wall. Or lower the wall. Or replace it with a bench; who needs to sit on a wall, anyway?

The simple fact is that most of what lands people in hospital beds is preventable. We have known how to prevent roughly 80% of all chronic disease and premature deaths for decades.

For me, the lesson in knowing that 8 out of 10 hospital beds never needed to be populated in the first place if people would only make better use of their feet (more physical activity), their forks (better diets), and their fingers (no tobacco products held there)- along with attention to a short list of other modifiable hazards- was that combating the consequences of established disease simply wasn’t good enough. I wanted to go back to a time when vitality was still intact, and try to keep it that way. It was obviously already too late for those patients I was treating in the hospital; but not for their children.

So, I followed my residency in Internal Medicine with another, in Preventive Medicine, and the rest, as they say, is history. For the better part of the past 30 years, I have done both to the best of my ability: combating established disease by treating patients, and working to promote lifestyle as preemptive medicine. Treated disease is better than untreated disease, but not nearly as good as untrammeled vitality.

Which brings us back to the end of the Obama era, with the terrorism war ongoing, our troops still in harm’s way, seemingly never able to leave Afghanistan. These troops are combating terrorism like medical personnel combat disease in the hospital; the situation is already bad in both cases, and the job is to contain the threat.

There is no real victory in either case. The killing of terrorists inevitably begets more terrorists; the war is self-perpetuating. So, too, is a medical model far more devoted to combating chronic diseases it knows how to prevent, than preventing them.

The remedy is a far greater emphasis on prevention. That view requires patience, because we cannot prevent what has already happened. If the already sick inspire better attention to prevention and health promotion, it is the next generation that will benefit fully. The current cohort gets treatment; the next gets vitality.

If that view pertains to terrorism, too, as seems likely - questions about preventing terrorism a generation from now should be at least as salient as saber rattling. But of course, they are not. Our leaders are all but obligated to talk tough, and tell of our strength in bombs and bullets and walls. These are needed for the already hostile, just as scalpels, and dialysis, and coronary bypass are needed for the already sick.  But far kinder, gentler treatments suffice to keep the healthy well. Shouldn’t we be assessing, discussing, and investing in whatever it would require for our children to need bombs and bullets less?

The ultimate remedy to terrorism is likely as slow as preventive medicine; desired effects span decades, and generations. Populations stewed in the hate of echo chambers need to die out in time and be replaced by progeny who can find their way to a common humanity through the advent of understanding. Education and opportunity are anti-terrorism vaccines.

Saying so does not make administering them easy, and I don’t mean to imply anything of the sort. But not saying so, renouncing global connections, and hunkering behind walls- all but guarantee we will simply keep getting, and treating, the same disease indefinitely. Vaccinating the world against smallpox wasn’t easy either, but had we not done so - we would still be treating it.

No trauma response at the base of a wall will ever be as good as preventing a fall from it in the first place. No border wall will ever be hard enough to get over to rival the protective power of genuine understanding. More focus on prevention could give our children a world mostly free of chronic disease and terrorism alike. For now, both wars rage on - in part because we seem inclined to accept that’s the best we can do. It’s not. We can do better.