Death by Diet? Now You Know

Death by Diet? Now You Know 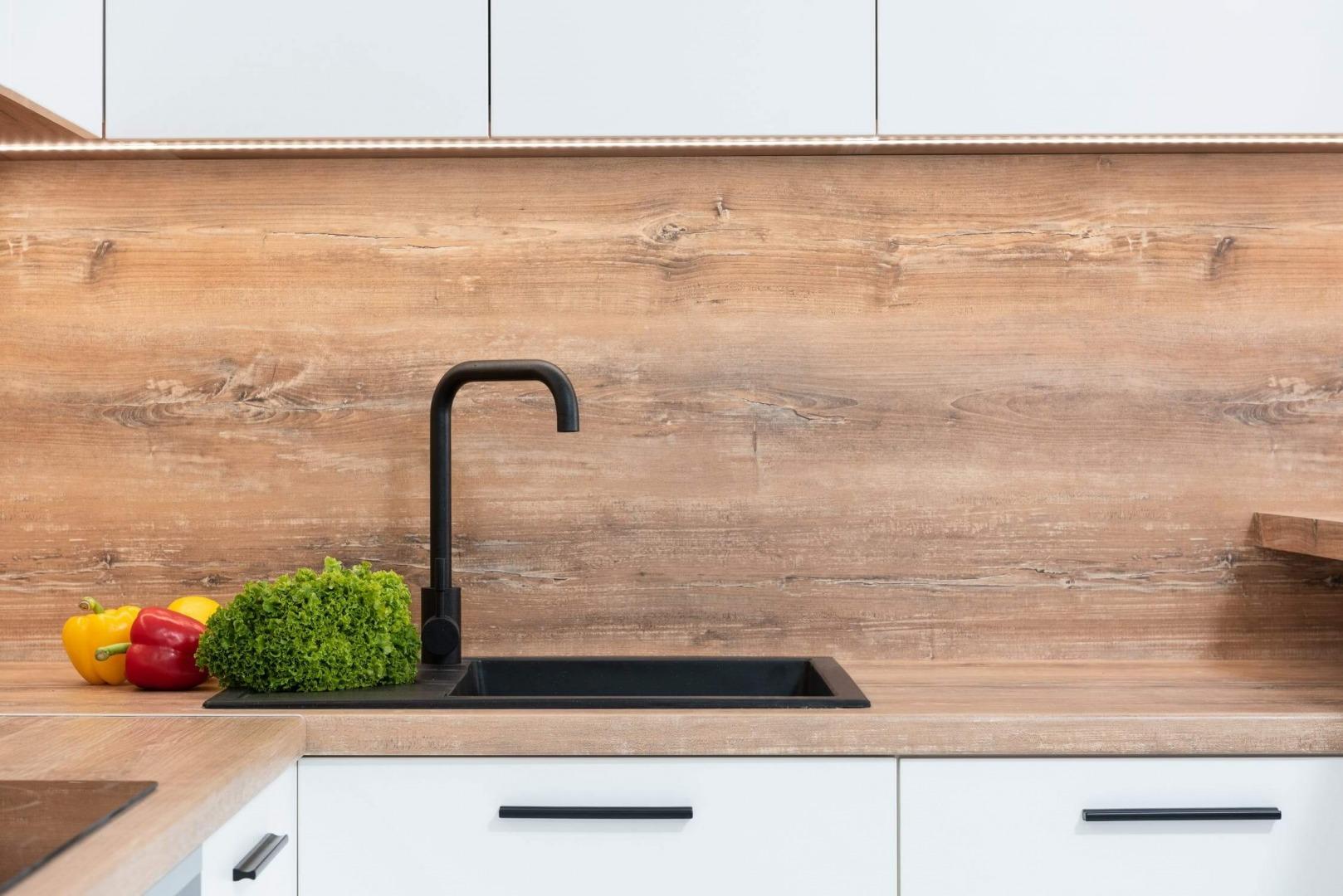 Knowledge, so the saying goes, is power. But even a cursory chew of the prevailing state of diet and health is cause for doubt about the power of knowledge, our knowledge of power, or maybe both.

When my career in Preventive Medicine began some 30 years ago, we already knew that poor overall diet quality- fundamentally, everything other than “[real] food, not too much, mostly plants” – was among the top three causes of premature death in the United States. Maybe it takes a while to translate knowledge into power? Perhaps, but three decades should more than suffice to indict multicolored marshmallows of crimes against breakfast- but here we still are. Actual Causes of Death in the United States was published in JAMA in 1993. Now you know.

In late 2005 and early 2006, The Chicago Tribune ran a four-part expose entitled “The Oreo, Obesity, and Us.” This series culminated with “Where There’s Smoke, There Might Be Food Research, Too”- informing us that the same functional MRI machines were being shared between tobacco scientists and food industry scientists tasked with ever better formulations to propagate our addictions. If you missed that memo 15 years ago…now you know.

Also in 2006, courtesy of the International Congress on Obesity, we learned that the world had crossed a Rubicon of energy balance: for the first time in history, there were more total humans afflicted with overweight and obesity than with hunger. If unaware of that historical milestone, now you know.

It was, believe it or not, more than 14 years ago- in January of 2007- when Michael Pollan told us, with signature lilt and panache, that our sequential fixation on one nutrient or another would doom us to miss forever the forest of eating well for the trees of silly titillation. Put another way: there is more than one way to eat badly, and we were apparently committed to exploring them all. To have missed Pollan’s admonishment against this folly you would likely need to be living under a rock left behind by receding glaciers. Should you happen to be among those rarefied few…now you know.

Among the many studies demonstrating the power of dietary fundamentals to shift both years in life and life in years, “Healthy Living is the Best Revenge,” published in 2009, is among my favorites. That study- in over 23,000 adults- associated the venerable trifecta of feet, forks, and fingers - not smoking (renouncing bad use of “fingers”), being routinely active (making good use of “feet”), and eating well as defined simplistically yet adequately by habitual intake of vegetables, fruits, and whole grains (making good use of “forks”) – with an 80% lesser incidence (or risk) of all major chronic disease. If you didn’t know already, now you know.

In 2010, the promise of lifestyle as medicine was put on vivid display with a view of the Blue Zones, courtesy of Dan Buettner. We learned that across an expanse of diverse geographies, ethnicities, genetics, and cultures- the fundamentals of eating well and living well translated reliably into more years in life, more life in years, and robust defense against the slings and arrows of prevailing epidemiologic misfortunes, from diabetes to dementia. If, per chance, you are new to the Blue Zones blessings, well- now you know.

Michael Moss reprised and embellished the earlier revelations evinced in the Chicago Tribune in Salt Sugar Fat. The book was excerpted into a New York Times Magazine cover story entitled “The Extraordinary Science of Addictive Junk Food” in 2013. Here, for those who missed the news nearly a decade earlier, was our second bite at the ultra-processed apple(jacks). Once again, we were apprised of the willful manipulation of our food supply to maximize the eating required to feel full, and in effect, the intentional propagation of obesity in deference to profit. If this missive missed you both times, now you know.

In 2017, we were told that “dietary factors”- and we might simply reference those factors as “the usual suspects” – were “estimated to be associated with a substantial proportion of deaths from heart disease, stroke, and type 2 diabetes.” In 2019, we learned that “suboptimal diet is responsible for more deaths than any other risks globally, including tobacco smoking;” that “our food is killing too many of us;” and that “improvements in dietary quality have the potential to reduce mortality rates substantially.” Now you know.

Finally, in 2021, we learned that the staggering, chronic sequelae of eating poorly were massively compounded by the acute liability of elevated risk for adverse COVID outcomes, mediated by (mostly) diet-induced cardiometabolic disease. For that matter, boondoggles in the sourcing of human food likely account for the origins of this pandemic, most others in recent history, and…the next. On the off chance all of this were not yet enough to deliver a powerful kick to our seemingly complacent backsides, we learned as well that the same dietary practices cooking our personal goose are doing much the same to the planet.

If at a loss what to label our miscellaneous adulterations of sustenance spanning production, distribution, preparation, and consumption- sowing devastation from biomarkers to biodiversity, social equity to aquifers - my friend Mark Bittman recommends: suicidal. Now you know.

To sum up, then, the ravages of dietary intake at odds with the health of people and planet alike – exacting a massive, perennial cost by every measure that matters- are neither covert, nor inadvertent. They are exposed, understood, and in no small measure- imposed by profitable design.

Gertrude Stein told us “a difference, to be a difference, must make a difference.” If the knowledge at our disposal now about diet and health - what’s broken, why, and how to fix it - is insufficient to empower our routine, corrective action- to say nothing of outrage- what would be? What difference does it make to know so much when doing so little with it?

I’ve been battling these forces for 30 years, and quite frankly- I wish I knew.

View all
Leader of the Band: 6 Key Traits for the Performance-Driven CFO
6 Things to Have in Mind When Choosing a Lawyer for Your Case
How to Use Objectives and Key Results to Drive Business Growth
How To Build a Team Full of Gratitude
5 Ways to Supercharge Your Database Management Processes
Which Legal Services Should You Use to Protect Your Business Intellectual Property?
The Negative Environmental Impact Of Robotics
Electrical Engineering & Substation Training Using Virtual Reality
Benefits and Challenges of Smart Energy Grids
Why Big Data is the Future of Sustainable Fishing?
What Are the Top Benefits of Solar Panels?
Smart Water: An Effectual Solution For Flooding And Leakage Prevention
The Growing Role of Machine Learning in Fraud Detection
Buying and Selling Companies with Arrowpoint Advisory MD, Daniel Domberger
Fond Of Collecting Coins? Here Are 6 Things To Know
Everything You Need to Know about Cryptocurrency
Determining The Return On Investment For Virtual Reality Training Software
Arctic Bearz is the NFT with a Heart
Central Bank Digital Currency: The Fed Speaks
Who Benefits from Canceling Student Loans?
Some Economics for Martin Luther King Jr. Day
The US Economy as 2022 Begins
Advice for Academic Writing About Data
The Fed as Borrower of Last Resort?
Is Artificial Intelligence Fueling a Nuclear Arms Race?
Dubai Becomes World’s First 100% Paperless Government
Is Social Media the Breeding Ground For Fake News?
Why Countries Need A National Artificial Intelligence Strategy
Money versus Currency: How Governments Steal Wealth
Eric Zemmour Officially Announces His Candidacy For French Presidency
How IoT is Revolutionizing Healthcare in the Pandemic Era
Why Artificial Intelligence Struggles with Causality
Why Science Should Be Open To All?
How Machine Learning Disrupts Diabetes Care
The Metaverse: A Different Perspective
Post-Covid19 Era and The 5th Industrial Revolution
What Are The Health Benefits of Using a Large Room Humidifier in Your Home?
Batman Found His Riddler, Sherlock His Moriarity, India Its Pakistan and Kohli Lost his Captaincy
Dead Men Do Tell Tales
Will the Cosmetic Surgery Boom Continue in 2022?
The Beginner's Guide to Creating the Perfect Founding Team
Design is How it Works, Not How it Looks
How Big Data and Artificial Intelligence Can Create New Possibilities
Essential Guide to Use Google Local Service Ads
How Virtual & Augmented Reality are Revolutionizing the Mining Industry
What is the Advantage of Dedicated Versus off the Shelf Software?
VR Training Practicality in the Post-Covid Online Era
How to Enhance Soft Skills Training with Virtual Reality