Diet Guidance in America: Of, By, and For What People?

Diet Guidance in America: Of, By, and For What People? 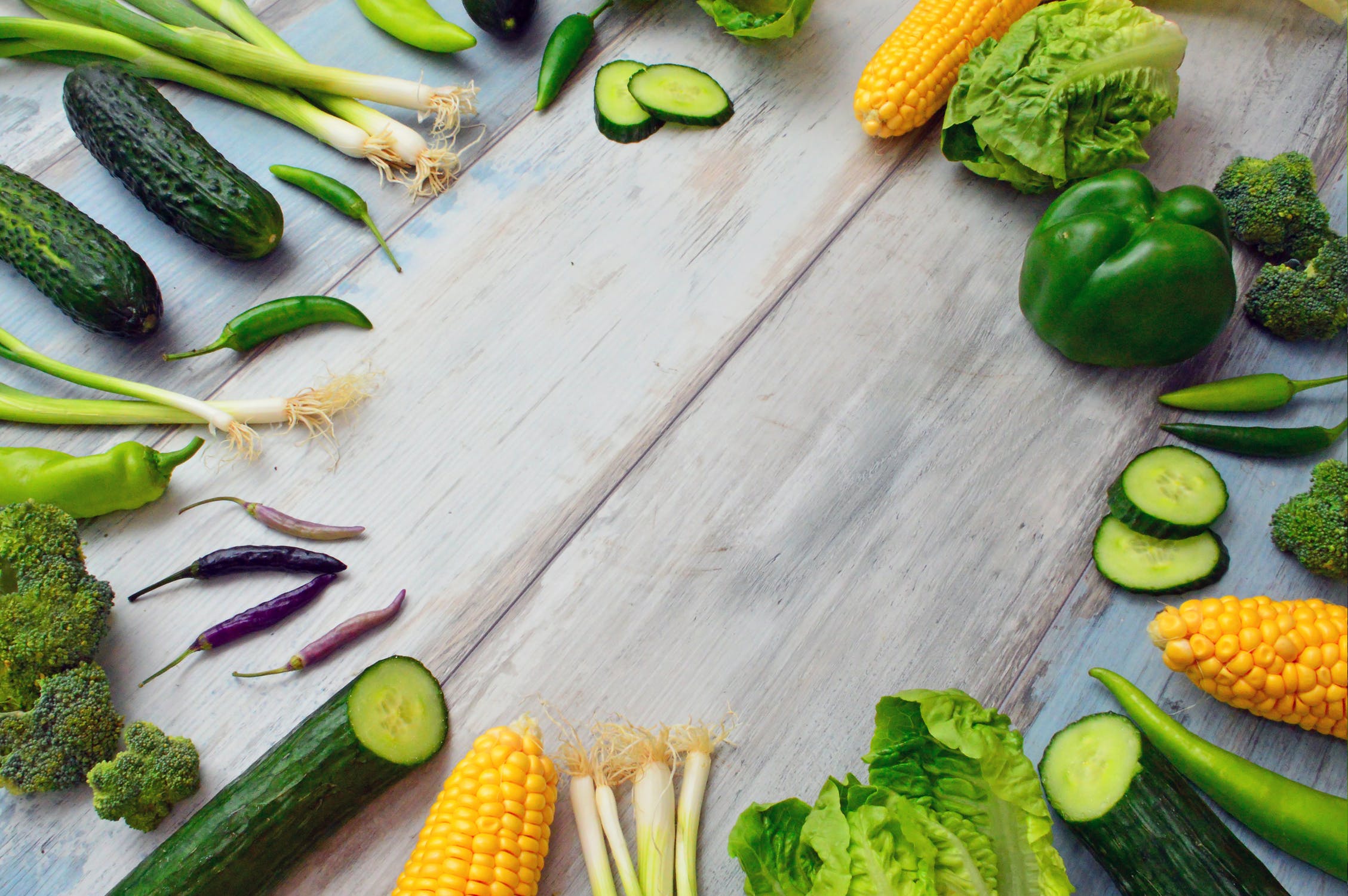 Before turning attention directly to the Dietary Guidelines, let’s conduct a thought experiment. Imagine that a major auto manufacturer, pick anyone you like, has its best engineers draw up detailed blueprints for the new lineup of cars. Imagine these blueprints begin with the prior lineup of cars, but then use the best, current engineering and technology to improve on them.

Now, imagine those blueprints are turned over to the marketing department, or maybe even an outside advertising agency, and staff at the ad agency actually build the cars- with no involvement at all by the engineers. Imagine, further, that the marketing and advertising folks are at liberty to keep what they want, discard what they want, and alter the blueprints as inclined to best address the imperatives of marketing, and presumably, profit.

And, in fact, let’s go just one step further. Let’s imagine that the team of expert engineers that drew up the blueprints in the first place, after months or years of exacting and meticulous effort, was disbanded and laid off the moment they passed the blueprints along.

Here’s the question for you: would you drive such a car? Would you load your family into one?

If not, you may want to think twice before buckling into the Dietary Guidelines.

Far-fetched, and even outrageous as my car-manufacturing scenario may seem, this is exactly how the Dietary Guidelines for Americans are now manufactured. A multidisciplinary group of highly regarded nutrition experts are exactly analogous to the engineers. They use the best, current evidence to update the prior guidance. Their report- the Dietary Guidelines Advisory Committee Report- is analogous to those engineering blueprints. Neither is likely to be perfect, but both are the honest, best representation of best, current, expert thinking.

Like my hypothetical engineers, the DGAC does, indeed, turn over its report- in this case, to the USDA. Admittedly, the USDA is not a marketing department or advertising firm. But USDA, and its counterpart in this endeavor, the Department of Health and Human Services, are accountable to Congress, which in turn is apt to represent the interests of very well-heeled lobbyists. By proxy, then, the interests of marketing, and corporate profits, are very well represented.

The federal agencies take the “blueprints” in question, and again as in my hypothetical scenario, the “engineers” responsible for them are disbanded, and laid off. The DGAC is undone before the official Dietary Guidelines are produced.

What we wind up with is a rather dubious “vehicle” for carrying Americans toward better diets, and better health. We wind up with a vehicle quite different from what the engineers had in mind, and quite possibly one they would deem unsafe.

I have already opined plenty on the differences between the 2015 DGAC report, and the 2015 Dietary Guidelines for Americans that followed; I won’t revisit those particulars here. Instead, I want to suggest what I consider plausible, remedial steps.

We can certainly accept that the marketing department might offer those automotive engineers some pushback. Maybe their engineering ambitions are too bold; maybe the costs would be too high. I think we would all be OK with some compromise, and I suspect we are all driving cars derived of just such exchanges. We just want to know that the engineers are involved, and looking over the shoulders of their colleagues in marketing. Further, we want the engineers overseeing construction of the final product- and signing off on safety.

The Dietary Guidelines once worked that way; the members of the DGAC participated directly in the drafting of the official Guidelines. That function should be restored. It’s not a perfect remedy. Maybe the marketing department still has veto power over the engineers. Still, we would feel safer driving cars that had engineers involved directly- and I would feel much more comfortable with dietary guidelines similarly overseen.

The second, and greater element in my proposed two-part remedy is a name change. I note that some colleagues I greatly respect disagree with me about the importance of this. But frankly, I think names sometimes matter, even if not for roses.

I’m pretty sure that the name “Dietary Guidelines for Americans” makes most of us think: these are guidelines for healthful eating for Americans. Since they don’t specify exceptions, they presumably pertain to all of us- or minimally, most of us. The name implies: this is what experts think would be best for most Americans to eat for good health.

But as noted above, and elsewhere, that’s not what the Dietary Guidelines are. They are what political powers think should be done with what actual experts think.

They are, as well, and importantly, the basis for all federal food assistance programs, from WIC, to SNAP, to the national school lunch program. This means, for one thing, that the government is very unlikely to turn the entire process over to an independent authority, such as the National Academy of Medicine. It also means that the Dietary Guidelines are used- in national food policy.

My suggestion, then, is to differentiate clearly between the work of actual nutrition experts, and the translation of that work into a guide for national food programming. The former is the best thinking of some of our best scientists based on the best evidence about the best dietary practices for Americans, in general.  The latter is what the feds think the nation should DO with the best thinking from the best experts. Accordingly, I think the first could be called: The Advisory Committee Report on Best Dietary Practices for Americans. The second could be called: Diet Policy and Practice Guidelines for America. I would actually prefer Guidelines for Balancing Public Health and Corporate Profit, but doubt that one is really viable, by virtue of being too honest. Other names could work as well, provided the distinction is clear.

One way or another, we need more daylight between the two products so the politicization of expert thinking is not routinely mistaken for what experts think.  The result of that conflation of baby and bathwater is the same distrust of both politicians and experts, and the loss of any opportunity to use what we know about diet to advance the health of people and planet alike.

We have every reason to expect, and right to demand, that dietary guidelines for health be born of the best available science, be produced by the best experts, and be relevant for all the people. Failing that, we have cause to invoke another great American principle, if not necessarily an entirely consistent practice: truth in advertising.

In the meantime, we the people are well advised to recall those two famous Latin words to the wise, be they about our cars, or the contents of our shopping carts: caveat emptor.

View all
You Need to Use Video Marketing for These 6 Powerful Reasons
Intelligent Multitasking
Top Advantages Of VoIP For Your Business You Should Definitely Consider
Do You Sound Like a Leader?
The “4S” Strategy for Smart Manufacturers
6 Things Your Commercial Building Has To Have To Suit All Needs
Global Food Crisis | Agriculture Subsidies | Climate Change | Drought
Energy Research For Electric Vehicles | Autonomous Thought Networks | Mechatronics
How Blockchain and IoT Collectively Reshape Food Production
Mental Healthcare and Climate Change in Small Island Developing States
Why Is Recycling E-waste So Important? Here are the Top Reasons
Green Blockchain Plays a Major Part in Fending Off Climate Change
The Crypto Trilemma
Top Tips That Will Help You Gain Control of Your Bank Account Again
Bank of England Announced That £20 and £50 Paper Banknotes Will Soon Go Out of Circulation
5 Types of Mortgage Loans for Home Buyers
The Solution to SaaS Payment Management Explained
Why Are Cryptocurrencies Problematic?
Labor Economics: The Future of Work is Low-Budget Employment
Global Food Crisis: Alternatives to Ukrainian Grain and Russian Fertilizer
Labor Economics | Future of Work | Supply Squeeze | Manufacturing
Economics: Labor Tier Surplus amid Supply Hyperinflation
Solving the Global Food Crisis | Climate Change | Hunger | Water Security
Are Labor Markets Exploitative?
Brexit: Some Early Evidence and Ironies
A Lateral Way To Expose War Crimes and Fight Disinformation
Gustavo Petro Wins Colombian Presidency
Rotational Migration
Brexit: EU Launches Legal Action Over UK's Northern Ireland Protocol Bill
The UK's Rwanda Asylum Plan Will Discourage Illegal Immigrants
The Importance of Library Innovation in Mental Health Care
Neuroplasticity Pen: Neurotech Research Pre-Alzheimer's Disease and Stroke
Brain Science: Psychiatry at Amyloid Beta’s Era of Alzheimer’s Research
6 Things We Learned From The Latest Pandemic Crisis
Metabolic Syndrome | Memory Disease | Brain Science | Sleep Neurobiology
Everything You Need to Know About Hydrogen Power Backed By Science
How Consistency Helps To Build Your Brand Passively
6 Good Reasons To Learn First Aid
Chronic Tiredness is Your Doing
6 Simple & Most Efficient Workouts You Can Do At Your Home
Giving Up Is Never An Option In Life
17 Ways To Improve Your Business Productivity
The Benefits of Using a Starscope Monocular Telescope
What is a UX Audit, and Why Should You Conduct One?
The Current Demand For 3D Printing: What You Should Know
What Can I Do To Keep My Confidential Information Safe?
A Beginner's Guide To Port Forwarding - Tips That Will Help You Understand Everything
How AI Can Assist Law Enforcement Agencies with Nabbing Online Slanderers

The Benefits of Using a Starscope Monocular Telescope
How Consistency Helps To Build Your Brand Passively
You Need to Use Video Marketing for These 6 Powerful Reasons
What is a UX Audit, and Why Should You Conduct One?
6 Good Reasons To Learn First Aid