God, GOOP, and the EPA

God, GOOP, and the EPA 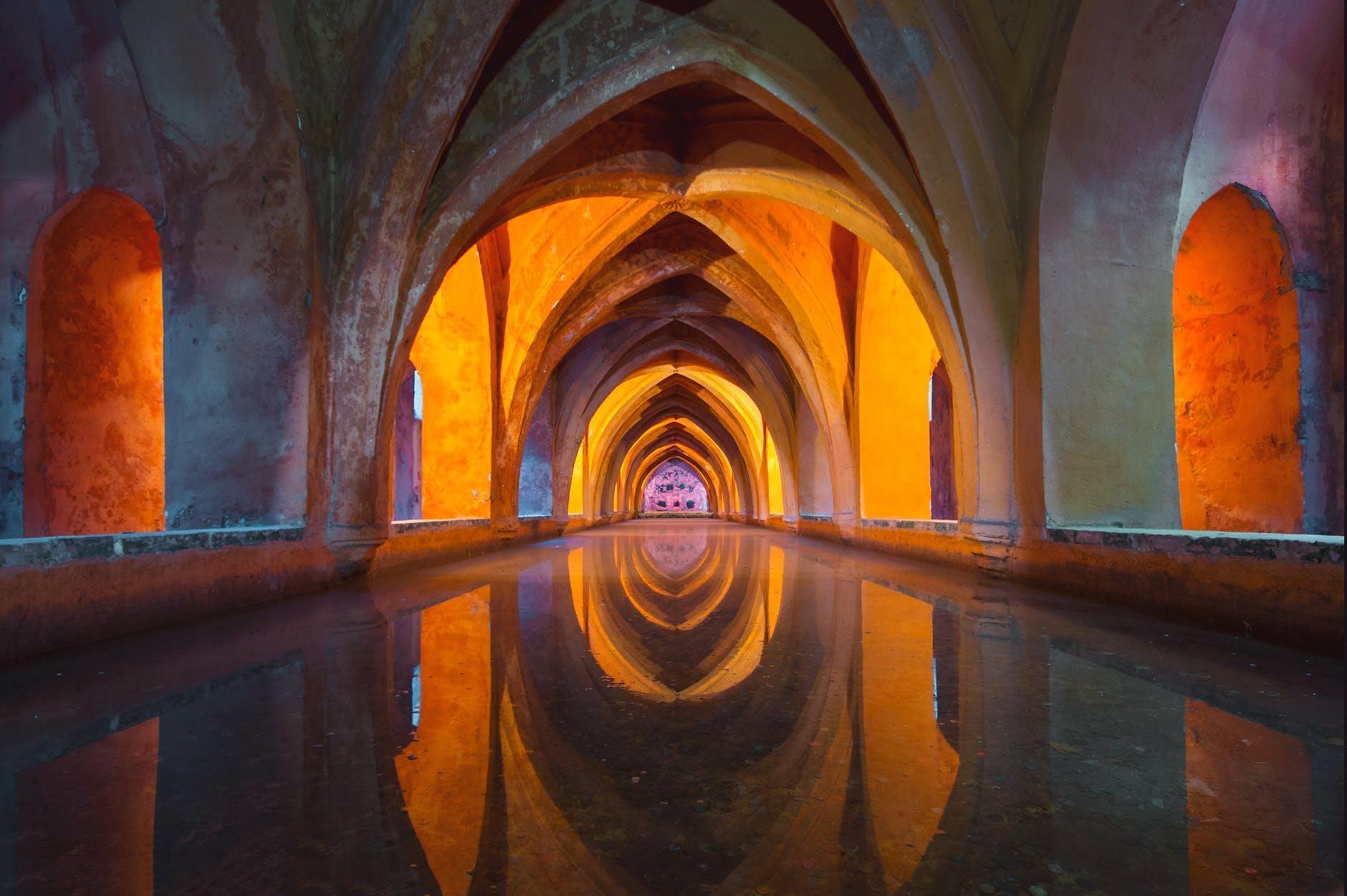 Scott Pruitt, the disgraced and departing head of the EPA, sullied that office not only with his scandalous abuses of taxpayer money, but with his obvious disdain for science. Good riddance to him. Alas, both deficiencies he epitomized will survive him. Personal enrichment and indulgence as perks of power and post are a sordid tale as old as civilization. Disdain for science is newer, because science is newer, but it likely emanates from a similar source. Science is a threat to the exercise of absolute authority predicated on false pretenses. Every manner of despot finds it…highly inconvenient.

The transformative power of scientific advance, from the relative simplicity of smart thermometers that aggregate population-wide indications of fever, and thus the spread of flu, to the mind-boggling potential of quantum computing, is all around, suffusing our very modern existence. I am using such science now to project my reflections to you in this orderly march of cooperative electrons.

Yet also suffusing this same modern existence is that repudiation of science, its subordination to pseudoscience, celebrity, profiteering, propaganda, folklore, and faith. That the collision of the two trends- the co-evolution of scientific prowess, and disdain for science- finds ever readier expression through the products of science, such as the Internet, is an exercise in irony.

Some months ago, I shared a New York Times commentary repudiating the threat of pseudoscience. I share the concern, too, although not the conjoined summary judgment about naturopathic medicine. I personally know naturopathic physicians in the vanguard of devotion to evidence-based medicine, just as I know conventionally trained physicians routinely at odds with it. Fatuousness is an enemy to our better destinies, wherever it takes root.

That piece, and others like it, encouraged me to reflect on an experience just a bit further back. A little over a year ago, I was privileged to speak at the Foodfluence conference in Vienna, Austria. My friend Tim Caulfield, an inveterate defender of science over pseudoscience, did the same, and Gwyneth Paltrow was the star of Prof. Caulfield’s show. This was not unexpected, given the literary attention Prof. Caulfield has directed to the actress before. Ms. Paltrow is the founder of the merchandising platform, GOOP, which specializes in glitzy pseudoscience for the platinum-cards-ever-at-the-ready crowd.

I posed a question, or perhaps more correctly a provocation, after Prof. Caulfield’s talk. I proposed that Ms. Paltrow and any others peddling celebrity pixie dust were penny ante players. We have a much bigger problem.

To be clear, this is not a concern about any actual god; I am not inviting debate about the existence of a power and intelligence greater than our own. In my view, frankly, that would not take much. Let’s hope so.

Rather, this is a concern about flagrantly human varieties of silliness (at best), or contemptibility that we casually blame on whatever gods may be. In so doing, we invite ourselves and one another to embrace a calamitous standard of decision-making.

We can devise wildly improbable stories, attach them to god, and thus deny one another the right to question them. See the room for hucksters and propagandists in that wide wake?

If our biblical heroes are justified in slaughtering innocents for the higher aims of higher authorities, how do the suicidal soldiers of ISIS differ? One religion’s terrorist is another’s hero, or martyr.

The menace in this subjugation of science and sense alike to the tyrannies of unchallenged assertion is ever clearer, and ever more omnipresent. Despite redundant hope in happy seasonal songs about peace and solidarity, we are engaged in killing and defaming one another as ever. We are destroying this planet and everything on it, and the corruption of the modern mind by fatuous nonsense is a primary reason for climate change denial. And while Gwyneth Paltrow may figure in it, she is hardly on the marquee.

Much of what we tell one another about god doesn’t pass the least test of the meanest sense. But we not only tell it to one another, we tell one another we must believe it, and that questioning it is taboo. God, then, as characterized by, to, and for us- is the gateway drug for GOOP, for denying climate change, for prevarication and procrastination.

Routinely, all of this is swept under the Celestial rug with claims that there is a plan we can’t understand. But that’s a very troubling notion in its own right. Why would an almighty creator create both a plan for his favorite creatures, and make them incapable of understanding the plan? Obviously he/she/it had the power to endow us with understanding. Why not understanding commensurate with the plan? Is there something about the plan he/she/it prefers we not know? Thinking about those times the underlings are engaged in a plan they are not privileged to understand because it is above their paygrade does not provide much comfort. Cosmic cannon fodder comes to mind, along with the Charge of the Light Brigade.

My intent here is not to encourage or even pose questions about religion, or god. Others have that specific intent, but for me, such matters are simply encountered along the road to my goal. My goal is for us to be able to question nonsense at odds with testable, verifiable, falsifiable evidence of science.

If we can’t, because an acceptance of flagrant nonsense has been inculcated in us among the sacred staples of our culture, then we can’t and won’t question nonsense about climate change, or vaccines, or diet, or guns; immigrants, Muslims, or Jews; celebrities and psychics.

We will be dupes, rubes, suckers when it is calamitous to be so. We will be putty in the hands of GOOP, the play things of fools and fanatics. We will melt away in the heat of our own oblivious, delusional devising.

Prof. Caulfield would like the world to perceive its native gullibility, to renounce GOOP for the gobbledygook it is, to recognize that the celebrity empresses and emperors of pop-culture pseudoscience, and politics, own neither clothes, nor truth. I would additionally welcome the repudiation of the preposterous hubris of every “I can see the one great diet truth no one else can see or will dare to reveal” nutrition-messiah-wannabee in the same dose of disinfecting daylight. But I fear the paths traveled by these misguiding icons of New Age nonsense may have been paved well above their pay grade.

Some champions of science, including in certain cases my personal heroes, oppose the concept of god, religion, and faith with an almost religious zeal. I am not inclined to go so far, for I see distinct value in faith, and not only the religious faith that confers solace when it is most needed. I have in mind faith in ourselves, faith that humanity will prevail, faith in compassion, faith in a better future. Fundamentally, I believe in the value of faith in hope, even when, and perhaps especially when, hope must triumph over experience. When the value proposition of hope is not empirically validated, faith is all we have. The best way to predict the future, famously, is to create it. Perhaps the best way to create a future worth having is to believe in the possibility of it, in the absence of evidence. That’s faith.

Religion, per se, is a double-edged sword, only one edge of which works well as a plowshare for tilling the fields of our common dreams. We all see the pernicious potential for divisiveness, the belief-based Balkanization of the human family into rival clans of competing convictions. But, alternatively, religion is a common home to higher ideals, a place to gather with the better angels of our own nature and engage in their good works.

The one problem truly immanent to faith, then, is the subordination of science. Leading theologians have long recognized the need, and found the artful ways, for religious faith and science to co-exist. In a time when science until recently unimaginable resides in the phones we carry in our pockets, denial of science is as ludicrous as it is dangerous and dysfunctional. Projecting ideas as organized electrons through the canals of cyberspace excavated by scientists to repudiate science at large, or those conclusions of it one deems inconvenient, is an act of preposterous and flagrant hypocrisy.

Yes, we are mired in GOOP. Yes, pseudo-science is a threat. But celebrities like Gwyneth Paltrow are the small fish in this sea of troubles. Where competing and incompatible depictions of a deity beyond question are invoked as a license to renounce the empirical realities of science, there is a larger fish to fry. The likely alternative seems to be our cooked goose.

We are educated, in principle, to question authority. In practice, the temple of our culture reverberates to its rafters with the relentless murmur: don’t do it.

May god, or GOOP, help us all?