How Diets Divide Us

How Diets Divide Us 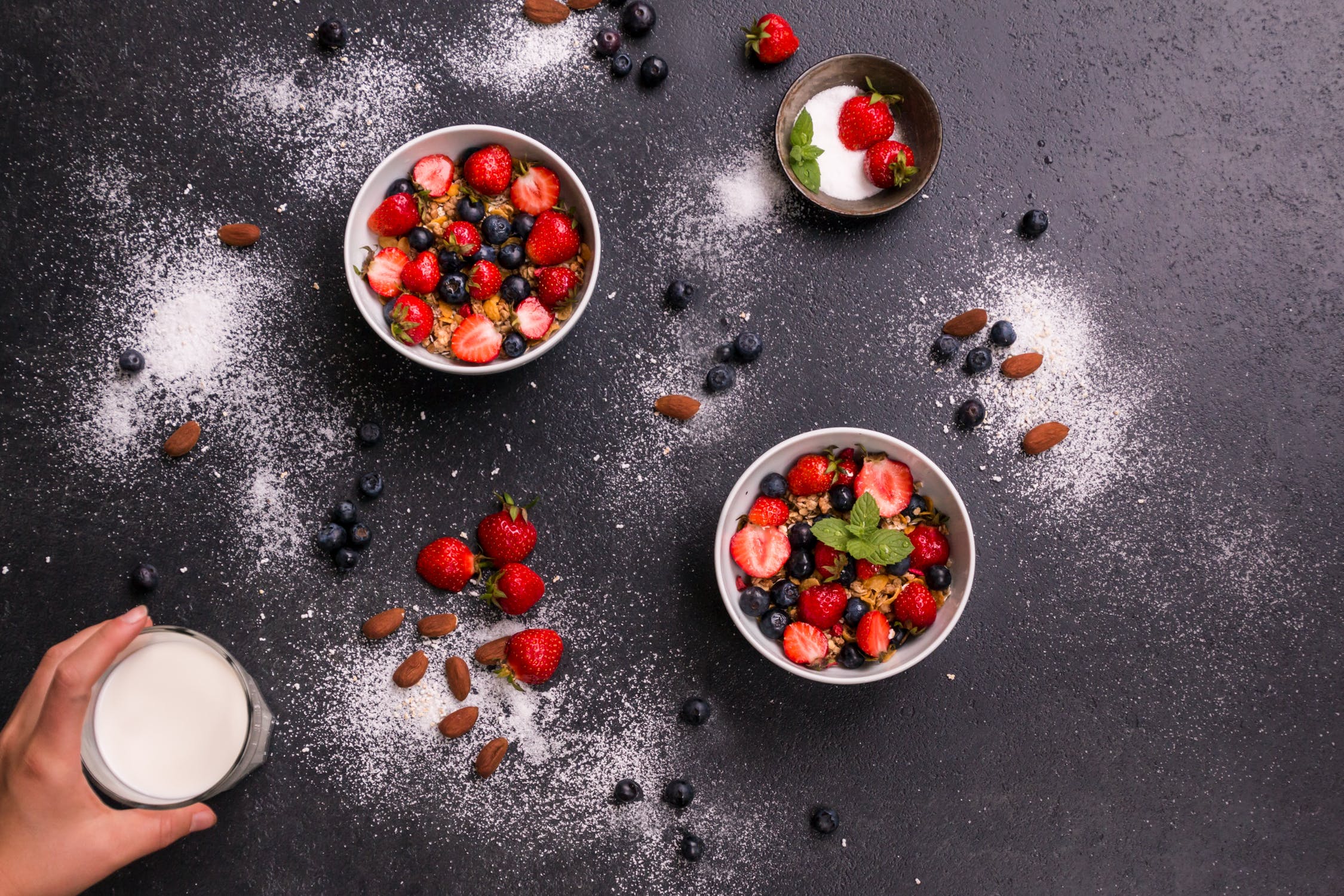 Even for someone who spends as much time in the diet war trenches as I do, the barrage of the past week has been noteworthy for its intensity, and its implications - both exceptionally hopeful, and dire.

The hope, seen by the ubiquitous glow of computer screens if not the rockets’ red glare, is a potential peace treaty of sorts, an invitation to a world united by dining in the service of everything that matters most: the length and quality of our lives; the fate of the planet; and every measure of the treasure we bequeath our children, even the most obvious and mundane of such currencies, money itself.

That, effectively, was the message delivered in a momentous, seminal paper in the Proceedings of the National Academy of Science. Colleagues at Oxford, University modeled the impact of human dietary patterns between now and 2050 on health outcomes, the climate, the environment, and the economy. As I elaborated in my initial reaction to the study, the benefits of adopting salutary diets of wholesome foods, mostly plants, in any sensible combination all but boggle the mind. The authors refer to millions of lives and trillions of dollars saved, along with key contributions to climate stabilization and environmental protection.

The authors go on to concede that getting there from here will require a correspondingly great reorientation in our food production systems around the globe, encompassing land use, crop selection, transportation, and the tendrils these all extend through our economy. But, as I noted in a column on that topic, were we diffident about accommodating the imperatives and inconveniences of reality, the sun would still be revolving around a flat earth. We have revised the shape of our planet, and its place in the solar system; surely, we can update food production.

To do so will, however, require a global unity of purpose. That’s the very promise in it. The threat that might bring us all together is not from without, not the extraterrestrial of science fiction fantasy. Rather, it is from within, here and clear and omnipresent. It is climate change and crop failure; chronic disease and water shortages; food insecurity and rising seas; years lost from life, life lost from years, fortunes lost from GDPs, and species lost irrevocably to extinction. We are spending the inheritance of our progeny, and money is the least of it.

Were we to rally to the defense of common fundamentals of healthful, sustainable eating- we could fix all this.

In this world, diet is the stuff of constant discord and division. So it is that clashes not only predominated last week, as they so often do, but even devolved in the direction of civil war, along two unfortunate fronts.

In the first instance, a global coalition of experts, thought leaders, and influencers, convened for the very purpose of advancing the evidence-based, common ground of health-promoting diet and lifestyle, was obligated to expel one of our own- for what we hope is not just the first, but also the last and only time. This action was taken after a considerable effort to avoid it. It was taken based on feedback from many individuals with diverse perspectives, and predicated on collective judgment. This was, though not formally or legally so, quite approximate to a jury of peers reaching a verdict.

That verdict was “guilty” of marketing a diet through the ever-popular medium of misrepresentations. The formula that most often lands a diet book onto the bestseller list is the promise of some new, grand epiphany regarding scapegoat, silver bullet, or both. The author has inevitably managed to figure out what all the rest of us are too benighted to see. There is the promise of effortless success.

But, of course, if any of this were true, there would be no need for new diet books, because the thousands that have been published already would have solved everyone’s problem. There is no dietary approach that hasn’t been tried, nothing new under the sun. Prioritize or exclude any given nutrient- it’s been done. Phase in this, phase out that- it’s been done. Combine foods in specific ways, never combine foods in specific ways, eat only at specific times or frequencies, never eat at specific times or frequencies, or eat only while hopping on one foot in the moonlight- if you can conceive it, you can almost always find a diet book all about it.

The reality, then, is that eating well simply is what it is. It’s not one narrow, prescriptive formula; it’s a theme, a way wide enough to accommodate a world full of wonderful variations, and thus the opportunity for us to choose what we like best, to love the food that loves us back. But the theme is not negotiable, because it is buttressed by the veritable Himalayas of evidence. Because it is the one theme conducive to the luminous advancement of human and planetary health alike.

It is not to eat more meat, butter, and cheese. That tribe, quite simply, has it wrong. Michael Pollan got it right.

Since the True Health Initiative exists to advance the recognition of fundamental truths about lifestyle as medicine for people and planet alike, we cannot accommodate messages that go off in the wrong direction. We can, and do, accommodate experts ranging all the way from vegan to Paleo, and messages concordant with that diversity. But all such messages are directionally consistent. When the priorities of marketing subordinate those of public health, however, and the messages abandon the theme altogether, that accommodation must end. An entity devoted to clarity cannot be inconsistent, and a source of confusion. So it was that the promotion of yet another “diet” burned a bridge in a place devoted to building bridges.

In the other instance, I was drawn personally into a skirmish over diet from the ranks of rather innocent bystanders. A journalist wrote a piece highlighting essentially what I just noted above, that the history of successful salesmanship among thousands of diet books is largely a history of misrepresentation. She was, in fact, rather harsher and more blunt; she said that diet books are full of lies, and worse when doctors write them.

She directed her righteous ire at a particular, current example, the author of which is a colleague I respect, and until this episode, a friend. He and I have discussed our differences, and he suspected I had contributed commentary to the article. I did not, nor did I know anything about it until some of my usual correspondents sent it to me and asked for my impressions. Until now, I have not shared any of those outside of private emails. I did, however, share the article via social media, without any editorializing. Had I editorialized, I would have said I agreed with the author’s basic premise and its pernicious harms, but disagreed with her choice of singular target.   While I disagree with my colleague’s decision to add one more contestant to the diverting parade of “my diet can beat your diet” books, he is an important source of valuable science, and fundamentally a good guy. I never had him in my cross hairs.

He didn’t ask me why I thought this journalist did choose to direct her ire at him, but I think I know. I am guessing she had faith in him. I am guessing unlike many of the other doctors authoring diet books, she thought him above that fray, as, frankly, did I. I think her preferential focus was of the sad, surprised, ‘Et tu, Brute?’ variety. But that’s just a guess. What I know for sure is that watching this bridge burn last week was poignant and painful for me, because it was my brother on the other side.

Before wrapping up, I must offer a confession lest my mission here succumb to a taint of hypocrisy. I have published 15 books, and regret only one: the one with “diet” in the title. In my defense, I did not set out to write a diet book. Rather, I wanted to explain an important principle of appetite control called sensory specific satiety, elaborated in the seminal research of Barbara Rolls among others. I wanted to talk about this property of our hypothalamic appetite centers, how it is exploited by food manufacturers to make us overeat, and how we could use it to reverse engineer what we might now call the “Moss effect,” in deference to the compelling insights of Michael Moss.

I had no intention of writing a multi-phase, first-eat-this-and-then-eat-that diet book. I have never eaten that way myself, although I have indeed long leveraged my understanding of sensory specific satiety in the oversight of my own dietary pattern. My publisher, however, was riding the wave of a best-selling, multi-phase, first-don’t-eat-this kind of diet book, and saw the world through that lens. I was younger, and more impressionable, and I yielded to the pressure. I take full responsibility for the lapse.

Even so, the book says nothing that is at odds with my views today; it does not reinvent anything about what to eat, it merely offers a strategy to help control how much. But it does so in a gimmicky package which, quite frankly, I regret. I would write no such thing today. Mea culpa, and let’s move on.

Diets divide us. They propagate confusion in place of clarity; controversy in place of consensus. They turn, as civil wars do, brother against brother- colleague against colleague. Diets, literally, divide families - as lone adults go on them, and leave even their own children behind.

But instead, we favor turf wars over common ground, fission over fusion, diatribe over dialogue and data alike. Where bridges built jointly might lead to new landscapes of limitless promise, bridges are afire.

So it is that dieting prevails, and divides us. That division is a recipe, at best, for many forms of indigestion. At worst, it is the reason the house we share will fall down upon us all.