How The Salt Story Shakes Out

How The Salt Story Shakes Out 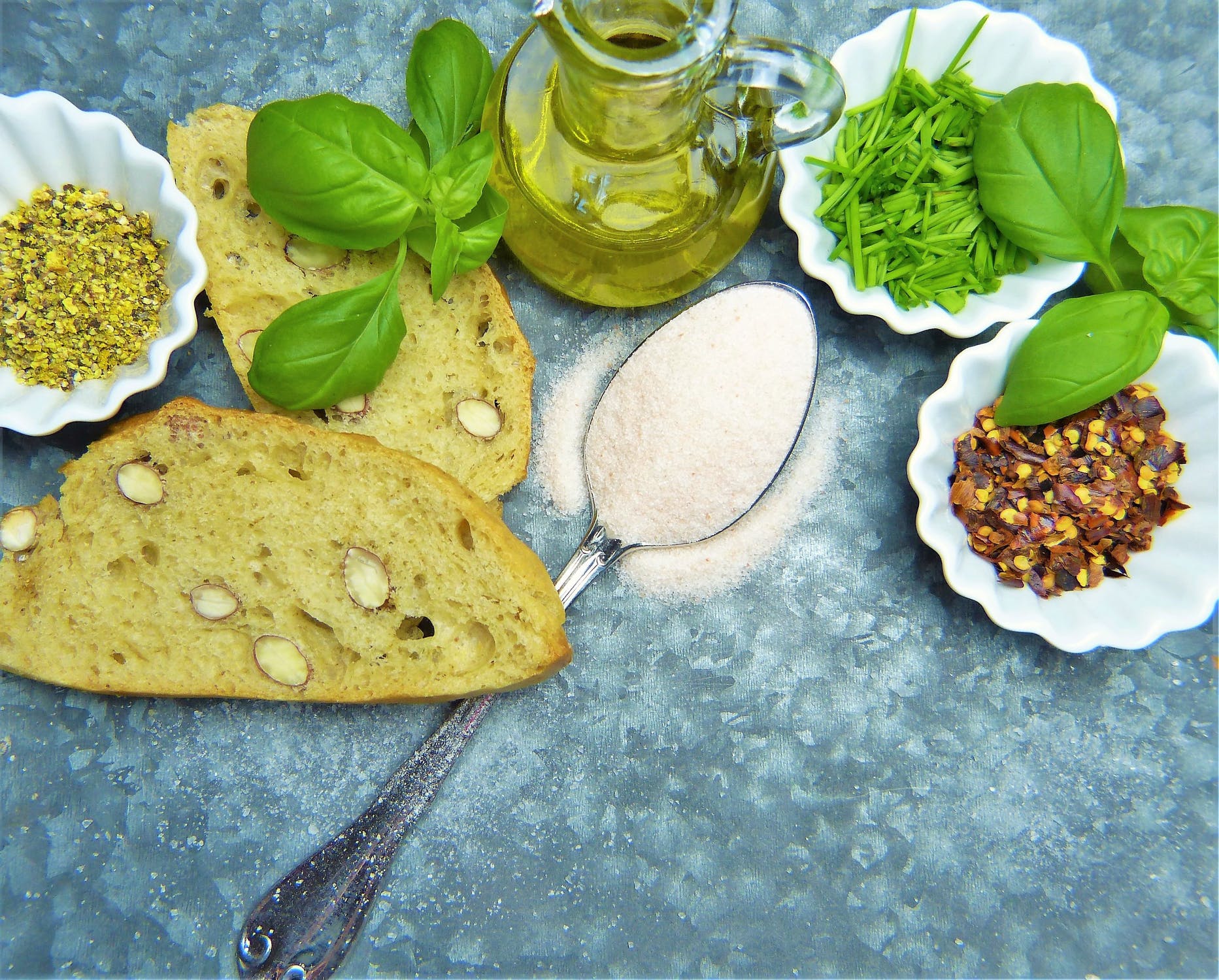 From what I know courtesy of friends and colleagues who work there, it’s always busy at the FDA. Still, the agency seems to be in the midst of a particular flurry of activity. Even if the activity has not picked up, the profile of it certainly has. In quick succession of late, the FDA has made headlines for updating food labels, revisiting the definition of “healthy,” and now, shaking up the salty status quo.

Specifically, the FDA has issued “draft voluntary targets for reducing sodium in commercially processed and prepared food both in the short-term (2 year) and over the long-term (10 year).” We might constructively pause and reflect on the particulars of that phrasing. First, the current guidance is just a “draft,” and has been put on display to invite public commentary. Thus, nothing yet has been finalized.

Second, the targets, even once they become final and official, are “voluntary.” The FDA in this instance is talking about guidance, not regulation. Players in the food service space still get to decide if they want to play by these rules or not. There is no proposed penalty for opting out, other than the potential rebuke of customers. In effect, FDA guidelines give consumers a standard by which to judge industry practice.

And third, even once final and official, the voluntary targets are delayed and in phases. Nothing happens right away, and when something happens, it happens small. The targets thought suitable for public health don’t really kick in for a decade.

All of this to say that objections to the FDA action, of which there are many, are phenomenally out of proportion to the action itself. I side with those celebrating the FDA’s announcement, but frankly, the basis for celebration is slim. The basis for protest is slimmer still. There simply isn’t any drama here.

As for why I side with the FDA, and not with the protesters, who happen to include some colleagues and even friends, it’s all but self-evident with cursory attention to the real world. The FDA is attempting to fix what’s broken; the protesters are fretting about a problem that not only doesn’t exist, but is far from likely to exist. I’ll expound, but first note that this is a position I have mapped out before, more than once, and more than twice.

Until fairly recently, the public health community would likely have been universal in its support of FDA’s efforts to constrain the grains of salt populating processed food. While not everyone has agreed with the contention that excess sodium, resulting in high blood pressure, leading in turn to strokes, implicates sodium in 150,000 premature deaths in the U.S. each year, pretty much everyone was comfortable with the idea that we eat too much, and too much is generally bad for us in a variety of ways.

What happened recently is that some studies began to reveal the potential harms of too little sodium ingestion. The most notable paper on this topic was a review in the Lancet that garnered high-profile media attention.

The literature suggesting potential harms of overzealous sodium reduction has spawned a secondary literature warning against efforts to reduce sodium intake at all. In at least one case, the argument was made that attention to sodium would divert attention from sugar. With regard to that last one, I certainly differ. I think attention to any one nutrient at a time has diverted attention from the overall wholesomeness of foods, and the quality of the diet, and that’s where the action really is. But that’s no reason to ignore the relevant effects of any given nutrient for favor of another, but rather a mandate to address both, along with all the others, holistically.

In any event, there is now a large volume of noise arguing against sodium reduction, and many in that chorus are now protesting the FDA action. The Lancet paper is among those invoked to justify this position, but that pushes the envelope to the tearing point. Here is the conclusion the authors of that paper reached: “lowering sodium intake is best targeted at populations with hypertension who consume high sodium diets.”

Well, pretty much all Americans consume high-sodium diets. And, there are about 70 million hypertensives in the United States now. That’s a figure that bears repeating: 70 million.

But that’s just now. A study recently told us that half the population of California is prediabetic. Why California? Not because the problem is worse there than elsewhere, but because the data are better. This is the situation throughout the U.S. There are many liabilities attached to prediabetes, and hypertension is frequently in that mix.

So, while “only” a third of adults in the U.S. are hypertensive now, we have portents of that rising to half. We also, by the way, have ever more prehypertension and hypertension, and prediabetes and diabetes, for that matter, in children.

OK, but since not EVERYONE is hypertensive, shouldn’t sodium reduction efforts just be directed to the tens of millions who are? Maybe, except that doesn’t work. Given the copious quantities of sodium in most commercially prepared food, experts have long concluded that the only effective strategy for meaningful sodium reduction is to change the food supply.

But won’t the FDA efforts to do just that impose the risk of too little sodium on the other half of the population? Hardly. Leaving aside the improbability of an action catalogued as draft, voluntary, and delayed having the impact to hurt anyone, the crux of the matter here is dose.

While there has long been concern about the potential harms of too little sodium (no, it’s not new), and rebuttal to that concern for just as long, that concern is most acute for sodium intake well below 2000mg per day, and only begins at intake below 3000mg per day. The average intake in the U.S. among adults is 3400mg per day. Stated differently, Americans would have to reduce mean sodium intake by about 12% before hitting even the top end of the range where even a small minority of researchers see even the start of any basis for concern.

For what it’s worth, I find it highly implausible that harms would result from sodium reduction well below 3000mg, and not because of clinical trials. Rather, we already know that many populations around the world, including some of the healthiest, routinely consume dramatically less sodium than we do, simply because they don’t eat processed foods. We also know, from the best papers by the best experts, that our native, Paleolithic intake was even more dramatically lower than the current norm. The likelihood of being harmed by a sodium intake commensurate with our native adaptations would be hard to explain.

And lastly, there is always recourse to a salt shaker. Tepid as it is, the FDA statement says nothing at all about obligating anyone to reduce their sodium intake. Rather, this is an attempt to remove the virtual obligation we have now to over-consume sodium. In a world where commercially prepared food is routinely lower in salt than it is now, there is at least the chance of getting down to reasonable intake levels. Those concerned about getting too little on the basis of idle anxiety, or their medical status and physician advice, can shake it on as the spirit moves them.

That, then, is how this all shakes out for me. Sodium reduction to reasonable levels is uncontroversially good for those with hypertension, and that is already a third of U.S. adults, and rising. It is probably good for everyone else, too, since current intake is far above reasonable. The risks of too little sodium in the context of the horribly sorry, typical American diet are both theoretical, and rather far-fetched. The risks of too much are clear, and all but omnipresent.

With all due respect to members of the "don't lower sodium for fear of going too far" camp, they seem to me analogous to the "do nothing about epidemic obesity for fear of making everyone too thin" camp.  Believe it or not, that camp, too, has members- though very few, and they are simply wrong.

Back in the real world, you are no more obligated to wait for the FDA’s draft, voluntary, and deferred guidance to kick in than you are to reduce your personal sodium intake if disinclined. Eat less processed, more wholesome foods right now- and fix your sodium intake by looking right past salt to the character of your diet. We have long had abundant evidence that people who do just that move from health risk, not into it.

Risks of too little sodium are a valid concern only at levels massively below mean intake in the U.S., while the harms of excess are with us right now. The priority, obviously, is fixing what’s broken. Kudos to the FDA. Their action on salt does not yet have traction in the real world- but it does pertain to it.