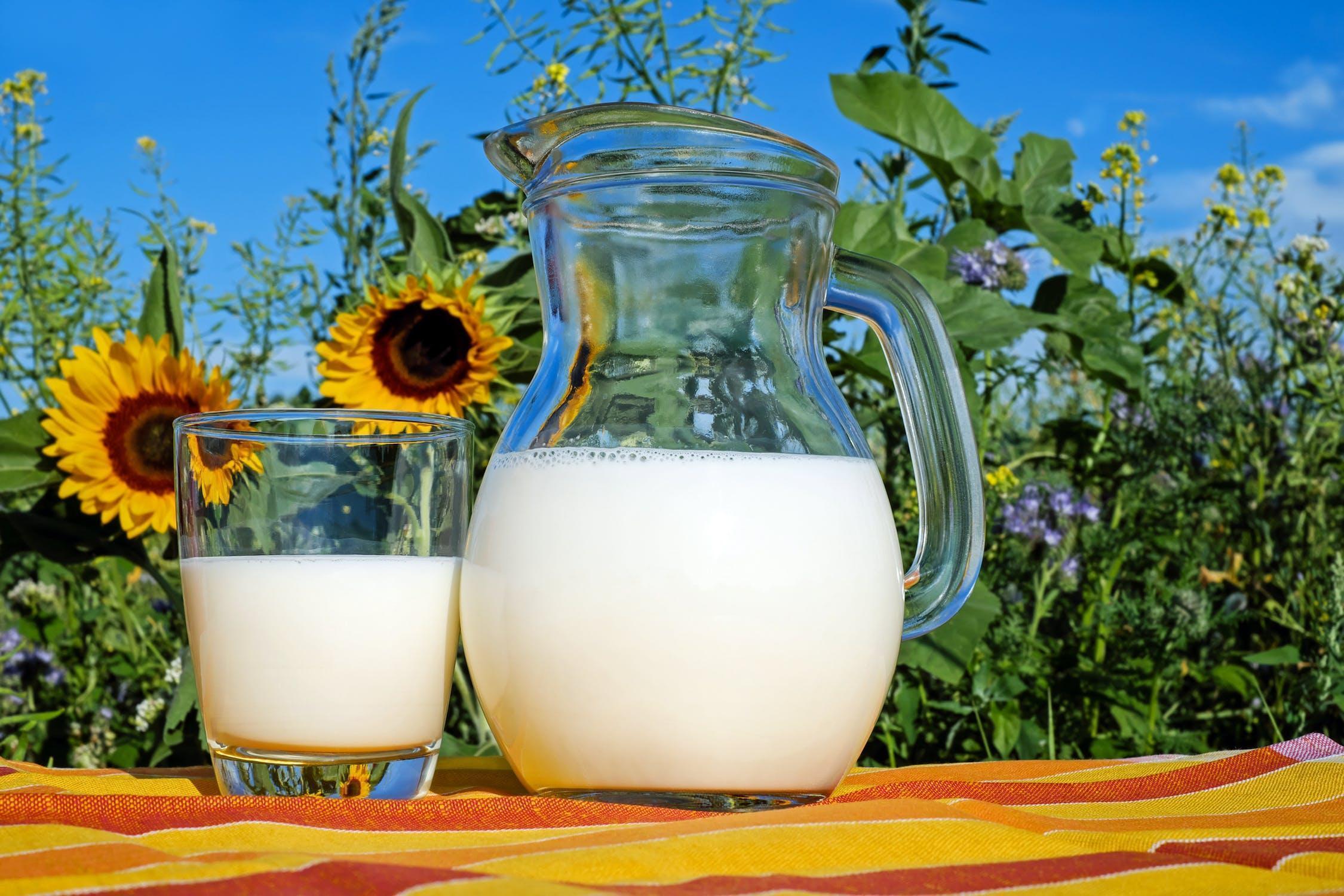 There is a famous, precautionary canard about surrendering oneself to the tender mercies of lawyers. I am using it here as an illustration- no offense intended to any lawyers who happen by! As two people lay hold to either end of a cow, contending she is theirs, and pull in opposing directions- the lawyer milks the cow, and leaves the on-going struggle with a full bucket.

Of course, this tale gained its widespread popularity before the debate about whether it’s good or bad to have a bucket full of milk in the first place; whether it would be better or worse to discard the cream on top; exactly how much the cow’s flatulence is contributing to green house gas emissions and climate change; and whether or not decent people should be looking on and tolerating this kind of ungulate abuse. All topics for another time.

For now, the cow can be dietary guidelines. In fact, the placement of cows, and milk for that matter, in dietary guidance is at the heart of current discord- and we are all well advised to wonder: who holds the bucket?

I muse on this and related topics often, of course, as it relates directly to all that I do professionally. The immediate provocation, however, was a note in my inbox this morning, that in turn goaded me to check out the commentaries on the British Medical Journalwebsite related to a piece they ran criticizing the work of the Dietary Guidelines Advisory Committee. My own comments are there, as they are here, and are now in turn at the receiving end of both criticism and support.

As I looked over other comments there, I noticed intimations of several themes on which we are all well advised to…ruminate.

First, people tend to speak quite indiscriminately about “consensus,” generally telling us about its absence. Some of these people are scientists, from whom we expect precision and fidelity to the operational implications of definitions. When they tell us there is “lack of consensus,” we are invited to believe they have data. But they don’t.

Of course there is lack of universal consensus on any topic; all that requires is for someone, no matter how misguided, to disagree. I don’t think most of us care about that. Most of us take consensus to mean the prevailing interpretation of people with the requisite aptitudes and expertise to do the interpreting in the first place.

We also, I suspect, have some quantitative threshold in mind, whether or not we have situated it with numerical clarity. If, for instance, 99% of all experts agree about dietary guidance, or climate change for that matter, and 1% disagrees- would that be “lack of consensus”? Most of us, I suspect, would say no; that sounds more like consensus to us. That’s not proof that the consensus is correct- that’s a different matter entirely; it’s just proof that it exists. If 99% doesn’t do it for you, how about 99.9%? At some point, a majority becomes enough to qualify as a consensus.

But in this day of the blogosphere, the 1%, or the 0.1%, have no trouble making noise. If they fortify one another’s noise in an echo chamber, they may seem to be the tip of a non-existent iceberg of opinion. In other words: if I assert that we lack consensus, and several folks come along to say -“hear, hear!”- we may leave our audience with the impression that there are thousands more just like us who feel the same. But it’s also possible that we are all there is.

Second, there is a serious problem with the prevailing definition of “research,” a term I see used routinely by bloggers, many untrained in research methods. The term is used routinely to mean: I searched for sources that affirmed the opinion I owned at the start. In the case of our litigants, such research would be: I talked to several people who agree the cow is mine!

This is not research; it is canvassing. The true work of research when testing a hypothesis requires allowance for the result you don’t want. When reviewing accumulated evidence, it requires comparable attention to sources whether they conform to your hopes, or oppose them. Along with expertise, alas, such stipulations about research seem these days to be on life support.

Third, and finally, there is what we might call the “lens” problem. Some perfectly legitimate scientists and accomplished researchers seem prone to overlook the parable of the blind men and the elephant, and the dependency of the lens on the view. An electron microscope is a very powerful tool, but of little use when assessing hurricane damage to a coastal town. A huge telescope can help us peer into the distant space and time of the universe, but helps not at all when screening for skin cancer. So, too, expertise in, say, cell biology might allow for erudition about lipid metabolism, yet cause one to overlook other parts of the elephant in the room- or the dietary pattern in the Blue Zones.

The alleged discord currently roiling the world of nutrition as it pertains to populations in (principally) industrialized countries stunningly reduces to this: one side recommends our diets should be comprised principally of vegetables, fruits, whole grains, beans, lentils, nuts and seeds with lesser amounts of other items and nothing hyper-processed that glows in the dark, for the sake of our own health, and that of the planet; the other side says we should eat more meat, butter, and cheese.

There is, of course, a patina over this fundamental divide, in the form of many nits related to this fatty acid, and that; this variety of sugar, and that. The picking of such nits is then somehow transmogrified into a fundamental “lack of consensus” about, apparently, anything- and uncertainty about whether it would be healthful to eat more spinach, or sausage.

If that level of cluelessness about the basic care and feeding of Homo sapiens seems far-fetched to you, I welcome you to my club. I don’t buy it at all.

For one thing, I have been over the contested evidence myself, multiple times, doing my utmost to honor the principles of fair review. For another, I have actually tested the hypothesis that there is a mighty, global, if largely veiled consensus about healthful eating among the well-informed, with validating results to date. I am not suggesting this evidence is scientifically decisive; but I am entirely prepared to put it up against the “data” of those contending that consensus is lacking.

That an argument for a variety of individualized dietary patterns adhering to the basic theme pithily espoused by Michael Pollan back in 2007, and reflected in the real-world practices of the world’s Blue Zones, is fodder for such acrimony and discord is really quite stunning. It begs the question: who benefits from such bedlam? Who, in other words, holds the bucket?

The usual suspects come readily to mind: the many major industries that profit from a status quo in which diets feed the very diseases that drugs and procedures treat. That would include Big Food; Big Pharma; Big Ag; Big Media; Big Publishing; and even, Big Science. There have been high-profile concerns expressed about the allocation of biomedical research dollars, which overwhelmingly favor new basic research over efforts to turn what we already know into what we actually do. They have fallen on mostly deaf ears, presumably because those ears belong to those content with, and benefiting from, the status quo. At any given moment in history, the military-industrial establishment is in the hands of those for whom “now” is the best of times. However few, or wrong, they may be- they will resist change with all the resources at their disposal.

As for individual health care professionals and physicians in particular, also represented in the current cacophony, we might simply note that few are well trained in nutrition, and all are well trained in pharmacotherapy. By design or happenstance, there is influence, and likely bias, ensuing from that.

The current dietary discord, though shrouded in the distraction of details, really comes down to this question: would we in modernized countries be better off generally emphasizing vegetables, fruits, beans, nuts, and such as the foundation of our diets; or emphasizing meat, butter, and cheese? Neither side is, to my knowledge, advocating more multi-colored marshmallows as part of a complete breakfast, although exactly that seems to prevail for the duration of the argument.

That the question is viable seems little less than bizarre to me, given the weight of evidence. Admittedly, there is no single, definitive randomized trial to answer the question; but there is no such trial to support the use of water rather than gasoline for putting out fires, either. We seem to know the extant truth just the same.

The extant reality involves the impasse of endless argument; one very unhappy bovine; and – through the haze of flames he has fanned- the contented grin of a profiteer, aided by accomplices both intentional and otherwise, beaming at us all over the brim of an overflowing bucket.