Misremembering What Makes Us Fat

Misremembering What Makes Us Fat 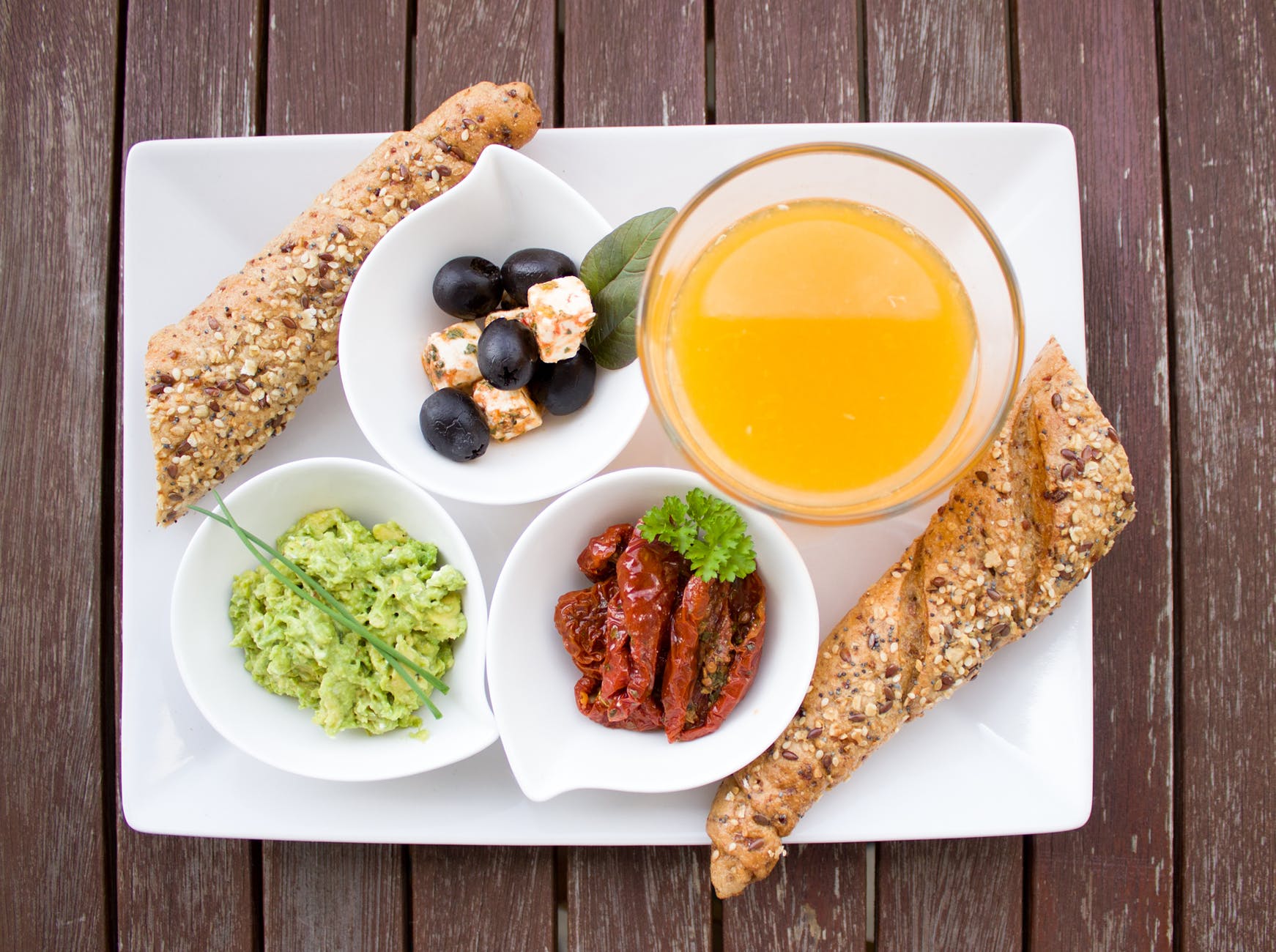 There is a particular irony in marking the occasion of Memorial Day by misremembering history. TIME Magazine’s cover story about why diets fail so many of us, and why so many of us are fat, is thus almost as ironic as it is interesting. The article apparently misremembers, and all but fails to mention, the most fundamental, influential, and flagrant of explanations for our obesity problem. But we’ll come back to that.

The article, entitled “The Weight Loss Trap: Why Your Diet Isn’t Working,” principally explores and justifies the welling interest in personalized approaches to everything. While American culture has long been “me” oriented in comparison to most of the world and much of history, we have apparently taken it to a whole new level now. I hear routinely at conferences that millennials don’t want generic health messages; they want information customized just for them. Children of a cyberspatial age, they are used to it; they expect it.

Weight loss and health goals are, naturally, caught up in this prevailing cultural flow. To some extent, that can be a good thing, and this is where TIME’s article has its merit. There are, indeed, variations in genes, metabolic responses, and the microbiome that predict the best variation on the theme of eating well for any one of us seeking to be lean and healthy.

So where is the irony? Memorial Day is about remembering, and the article seems to forget the past. The holiday is an expression of cultural imperatives, and there is not a single mention in the article of the word “culture.”

To be fair, there is a single, fleeting mention of history, in reference to genetic risk for obesity: “those same genes that predispose people to weight gain existed 30 years ago, and 100 years ago, suggesting that genes alone cannot explain the rapid rise in obesity.” But that notion is not followed where logic requires: something that changed over the past 30 or 100 years must account for the changes we see all around in obesity.

Obesity is, by and large, a New Age problem; it existed 30 and 100 years ago, but was much less prevalent than it is today. To account for a change in X, we cannot invoke all of the interesting properties of Y; we must invoke a change in Y. A change in an effect is almost without exception attributable to a CHANGE in a cause.

Obesity is the effect. And while it is true that the many measures of individual variation are among the potential causes of obesity in an individual case, those have not changed in the past 30 to 100 years. Our genes are the same; our metabolic pathways are the same. And while it is true that our epigenetic settings and our microbiomes can and do change over short enough time scales to matter, changes in the epigenome and microbiome are, like obesity, effects rather than causes.  Diet and lifestyle affect our chromosomes, epigenetic settings and our microbiota just as they affect our weight. If we are blaming the fattening of the world on epigenetic and microbiomic alterations, it merely repositions the very question with which we started: what caused those?

The history of the past century is one of staggering social, cultural, and environmental change- and all that change has been obesigenic. We have even been told, more than once, that our food supply is willfully engineered to maximize eating for the sake of profit, and the public health consequences be damned. How can an exploration of why diets “fail” ignore such considerations? America willfully propagates obesity for profit, then spends taxpayer money to explore the mysteries of the obesity epidemic.

Imagine studying respiratory problems in Beijing, China, by only focusing on the variation among individuals. You could note that some people are more vulnerable to asthma than others, some more apt to cough or wheeze on any given day. You could then devote yourself to a hunt for the variations in genes, or epigenomes, or microbiomes, or telomeres, or metabolomes of the more and less vulnerable Beijingians. And, of course, everywhere you looked for such variation, you would find some.

But you would obviously be overlooking something utterly fundamental to your understanding. Beijing is prone to such horrendous air pollution that there are days the government issues warnings effectively telling people they can breathe, or go outside, but probably not both. How completely absurd it would be, what an abject case of missing the forest for the trees, to study asthma and respiratory ailments in Beijing, assess variation among individuals, and overlook the appalling things that have happened to the air all are breathing.

Imagine examining all the same factors- genetic variation and such- in a study of why some Titanic passengers did, and some others didn’t, drown – and leaving out of the analysis entirely any attention to the sinking of the ship. In this age of “personalization,” this seems to be how we “study” obesity in the U.S. We seem to have forgotten entirely that we are all in the same boat.

We are caught up in greater boondoggles still. We bog down in false conspiracy theories about vaccines, allowing rates of dangerous and once mostly-vanquished infectious diseases to resurge- even as we ignore the valid conspiracy of obesity for which a smoking gun has been all but gift-wrapped and presented to the jury.

Of course there is individual variation in vulnerability to weight gain, or diabetes. But there are whole cultures that are prone to obesity, or not; cultural transitions that change the vulnerability of entire populations; and entire expanses of history that have made such concerns common, or rare.

Some of us will do better than others on more or less dietary fat, higher or lower total intake of carbohydrate, a bit more or less daily protein. But soda, processed meat, chemical additives, artificial sweeteners, monstrous portions, trans fat, high-fructose corn syrup and the dubious modern company they keep aren’t good for anyone. Just about everyone does better with lentils than lollipops; just about everyone is better off eating real fish than Swedish Fish; just about everyone is better off with walnuts than doughnuts.

Examining variation in students’ test scores to determine why some did better and some worse would certainly make sense when the mean is reasonable, let’s say a score of 80 or so. But individual variation is a lot less important when the mean is a disaster, let’s say 30. Now, the important issue is this: why is everyone doing so poorly? Personal location in the bell curve is important when the bell curve itself is in a reasonable location; when it isn’t, that takes precedence.

In other words, whether or not individual diets are failing individual us is rather beside the point. Our culture is succeeding at making us fat for profit, and will keep on doing so for as long as we look right past the obvious forest to get lost among the trees.

View all
5 Steps to Good Governance
3 Tenets Leaders Should Know About Ethical Artificial Intelligence
5 Effective Resource Management Strategies for 2022
What Makes A Good Designer/Client Relationship?
How to Implement Remote Working Protocols Securely
How to Rearrange the Innovation Process
Electrical Engineering & Substation Training Using Virtual Reality
Benefits and Challenges of Smart Energy Grids
Why Big Data is the Future of Sustainable Fishing?
What Are the Top Benefits of Solar Panels?
Smart Water: An Effectual Solution For Flooding And Leakage Prevention
What the Future of Renewable Energies Means for Workers?
Arctic Bearz is the NFT with a Heart
38 Ways To Save Money and Become Rich
A Guide To Bad Credit Loans
How to Create & Sell NFTs
A Market Analyst Claims That Activision (ATVI) Is Still a Great Buy
How To Measure The ROI Of AI In Accounting
The US Economy as 2022 Begins
Advice for Academic Writing About Data
The Fed as Borrower of Last Resort?
US Pharmaceuticals: A Bifurcated Market
The US Labor Market Remains Weak Amid Inflation Spike
When New Immigrants First Go to an American Supermarket
Is Artificial Intelligence Fueling a Nuclear Arms Race?
Dubai Becomes World’s First 100% Paperless Government
Is Social Media the Breeding Ground For Fake News?
Why Countries Need A National Artificial Intelligence Strategy
Money versus Currency: How Governments Steal Wealth
Eric Zemmour Officially Announces His Candidacy For French Presidency
The Metaverse: A Different Perspective
Post-Covid19 Era and The 5th Industrial Revolution
Machine Learning and 5G Are Crucial to Scale the Metaverse
New Scientific Breakthrough: A Man Receives Pig Heart in World-First Transplant
It’s 2022: DIEt or LIVEit?
Why We Urgently Need A Global Healthcare Renaissance? Lessons From the Covid-19 Pandemic
How Nurses Can Customize Their Career
10 Tips for Storytellers
How to Make Yourself Indispensable at Work
Grow Where You are Planted
Reflecting On The Credentials of Educators
Remain Positive in the Face of Change
Can Urban Computing Be Leveraged To Prevent Another Pandemic?
5 Things You Didn’t Know About Artificial Intelligence
To Leverage Deep Learning, You Must Know This First!
How to Regulate Artificial Intelligence the Right Way: State of AI and Ethical Issues
The Potential of Virtual Reality in Banking and Financial Services
Smart City Projects May Prove To be a Big Blunder: Here's Why?

Can Urban Computing Be Leveraged To Prevent Another Pandemic?
How Nurses Can Customize Their Career
Arctic Bearz is the NFT with a Heart
5 Steps to Good Governance
10 Tips for Storytellers