Prostate Cancer is a Notorious Challenge

Prostate Cancer is a Notorious Challenge 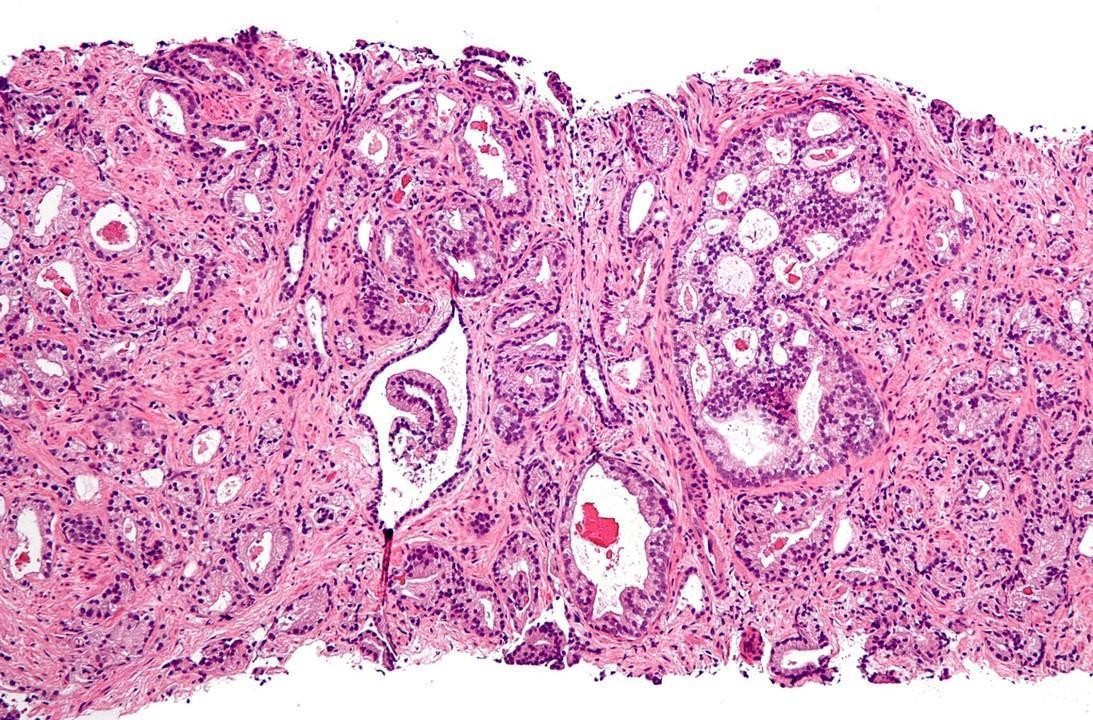 A 2016 study of prostate cancer, suggested that when it is diagnosed, we men have options-including the option of waiting. In the words of the study authors themselves: “At a median of 10 years, prostate-cancer–specific mortality was low irrespective of the treatment assigned, with no significant difference among treatments.” The treatments studied included surgery right away, radiation right away, or monitoring- with treatment deferred until or unless the disease progressed.

The disease progressed significantly more often among the men randomly assigned to monitoring, but that is hardly a surprise. The very point of immediate treatment for localized prostate cancer is to nip the malady in the proverbial bud, and forestall progression. Catching and treating cancer early to address it before it is prone to progress is the basic goal of all screening efforts, from PSA to mammograms, Pap smears to colonoscopy.

Prostate cancer, however, is a notorious challenge in this regard. The prostate gland grows throughout a man’s life, causing almost all of us eventually to become nocturnally itinerant for the obvious reason (yes, I am there). The same factors that cause the gland to grow continuously make cancer all but inevitable. The best estimates indicate that 80% or more of men age 80 or older have prostate cancer.

However, most of these men die with prostate cancer, not of it. More often than not, the disease is quite indolent, progressing slowly if at all. Just that was seen in the new study. Of the 545 men randomly assigned to monitoring, disease progression occurred eventually in 112, or 20%, at a rate of 22.9 events per thousand person-years of monitoring (in case it’s not clear, a ‘person-year’ of monitoring is the observation of one person for a full year). Flipped around, this means that in 80% of men not treated for their localized prostate cancer, the disease did not appreciably progress over ten years.

Still, that low rate of progression was higher than in the groups getting immediate treatment, which would seem to beg the question: why take the chance? But the answer here is a good one. Even in skilled hands, treatment of prostate cancer carries the risk of rather unpleasant side effects, from sexual dysfunction, to incontinence of bladder or even bowel. Skilled hands minimize these risks, and they are certainly worth taking when the disease itself is dangerous. But since the localized cancer so often just sits there and does no discernible harm itself, it argues against treatments more injurious than the disease.

There are various challenges related to screening for prostate cancer, but this is the big one: we are not yet good at predicting which of the early cancers will ever progress. For this reason, the U.S. Preventive Services Task Force has historically recommended against prostate cancer screening, and for whatever it’s worth, this age-eligible Preventive Medicine specialist- has not undergone any.

The power of lifestyle as medicine, and perhaps especially preventive medicine, is nothing short of stunning. Fully 80% of our personal lifetime risk of any major chronic disease- heart disease, stroke, cancer, COPD, diabetes, dementia- and that much of the total, global burden of such diseases is preventable by means long accessible, using knowledge long at our disposal. As much as 60% of all cancer per se is thought to be preventable by avoiding tobacco, exercising routinely, eating optimally, maintaining a healthy weight, and avoiding behaviors that carry a high-risk of transmitting infection, from unprotected sex, to intravenous drug use.

That’s fairly compelling already, but the new study was about men already diagnosed with prostate cancer. At that point, hasn’t the window of opportunity for prevention closed?

No, it has not. In one study published in 2008, Dean Ornish and colleagues showed that a lifestyle intervention in men with prostate cancer could activate cancer suppressor genes, and stifle the activity of cancer promoter genes. In a follow up paper five years later, they demonstrated the same intervention lengthens telomeres, caps at the ends of our chromosomes the length of which correlates strongly with the length of life itself.

At the height of our enthusiasm for genomics, we thought that DNA was destiny. When we learned that was wrong, we were at first disappointed. But we have since gone on to learn, in what we might call the epigenetic age, that gene expression can be altered dramatically by our lifestyle practices. The work of Ornish and others shows that DNA is only rarely destiny, while dinner is, routinely. We can nurture nature.

This of course relates back to the new study, and its implications. There may be no need for immediate treatment when localized prostate cancer is first diagnosed, whether as a result of screening or from the investigation of symptoms. There are pros and cons either way, but monitoring for progression, otherwise known as “watchful waiting,” is a valid option.

But from the realm of lifestyle medicine comes the crucial addendum: we can do much more than just keep on waiting on the status of our prostate cancer to change, and taking action when it does. Leveraging the power of a short list of lifestyle factors, we can change the behavior of our very genes- and reduce the risks of progression at their origins. Better still, we can adopt the same strategy before ever a cancer diagnosis is made, reduce the risk it ever will be, and perhaps avoid entirely the dilemma of a difficult treatment choice.