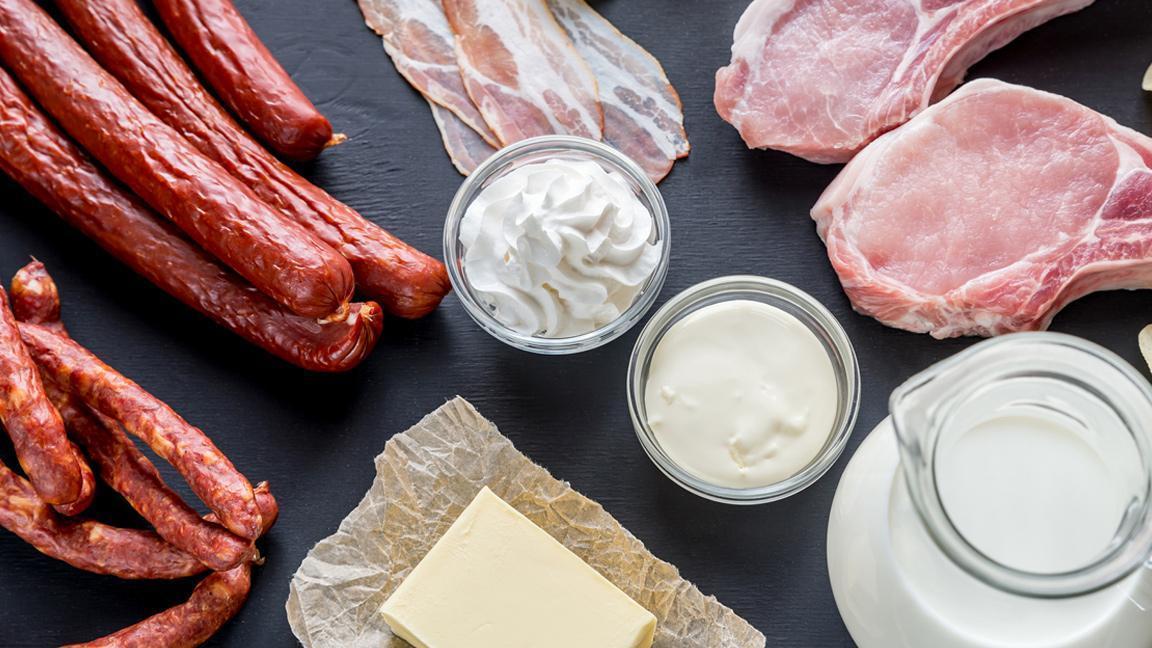 A stunningly good, extraordinarily comprehensive paper on the health effects of saturated fat in our diets has weighed them in every relevant way, measured them with every pertinent metric, and found them wanting. There are no saturated fatty acids shown to be better than “harmless at best,” and those we consume most often and abundantly in fatty meats, processed meats, fast foods, dairy and processed dairy products are decisively worse than that. They are bad for us.

Until rather recently, the idea that pepperoni pizza, ice cream, and bacon were far from good for our health would have evoked nothing beyond a yawn. We all knew that already. But the world of nutrition is stunningly good at following every action with an equal and opposite reaction, and propagating pseudo-confusion, generally because there is profit in it. Confusion is profitable for iconoclasts with conspiracy theories to sell. It is profitable for publishers, who always have the next “revolutionary” diet in the queue. It is profitable for the media, which seek to keep us unbalanced and tuning in for the next fix by comforting us when we are overly afflicted, and afflicting us when overly comfortable.

We had, presumably, grown comfortable with the notion that broccoli and beans were good for us, bacon and bratwurst, not so much. So we were due for a dizzying dose of affliction, and over recent years, we have been so served.  If you have not heard that saturated fat is “good” for us now, that “butter is back,” and that we should all “praise the lard,” then please tell me where you live. I will move in next door so I can avoid all this nonsense, too! I’m a good neighbor.

Everyone else, however, has heard exactly that. And because falsehoods are unencumbered by the pesky requirements of truth, they tend to be very captivating. Falsehoods don’t have to contend with evidence. They can promise magic, and proffer miracles. There is never any heavy lifting involved; scapegoats are to blame for all our woes, and silver bullets dispatch all foes. Falsehoods are sexy and alluring and supremely confident. They are supremely confident in just the way Bertrand Russell warned: “The whole problem with the world is that fools and fanatics are always so certain of themselves, and wiser people so full of doubts.” I’m pretty sure felonious hucksters have their implied place on Russell’s list.

Falsehoods about diet, in other words, are really terrific but for one little problem; they aren’t true.

It’s simply not true that we would be better off eating more meat, butter, and cheese- to say nothing about how that would devastate the planet. It’s simply not true that saturated fat has been exonerated and is good for us now, simply because sugar is known to be bad. It’s not true that nutrition experts have focused only on saturated fat, while ignoring sugar. Instead, it’s all the same constellation of lies repeated so often by those who simply like hearing them, that they have been adopted into the current cultural lore as gospel, on faith.

So here we are, needing to debunk the popular junk about saturated fat just to re-establish what we already knew. But that’s how we roll. Long after it was an established fact of metabolism, evolutionary biology, and epidemiology- we had to rediscover that eating whole fruit is good for us, and seem on the brink of needing to rediscover it yet again.

I have weighed in on the topic of saturated fat before, more than once, and for that matter more than twice, noting how the case for vindication was being propagated mostly by those with no actual knowledge of the underlying science, and obvious ulterior motives. That’s all true, but pales as a rebuttal and reality check to the content of this new paper in the prestigious journal, Circulation.

I read the scientific literature as a matter of routine and professional obligation, and consider this one of the more impressive evidence reviews I have ever seen. The paper is clearly intended to address all of the popular arguments about saturated fat with methodical, evidence-based dispassion. Accordingly, it encompasses both systematic literature review and meta-analysis of research data. The paper explores mechanistic research, observational epidemiology, and human intervention trials. Appropriately, impressively, and somewhat unusually, the authors base their conclusions on the confluence and overall weight of such diverse and complementary lines of evidence.

The authors systematically address not only the lofty claim that saturated fat was unfairly convicted of crimes against our coronaries, they also explore every component part of that revisionist history. They examine the evidence linking saturated fat to elevations of blood lipids, notably LDL, and the evidence linking LDL to coronary disease. They parse out the effects of diverse fatty acids and their darling sources, from coconut oil to chocolate. Throughout, they are attentive to the “instead of what?” question so crucial to nutritional epidemiology, and so often overlooked. They even address the studies that “disagree” with their primary conclusions, and openly explore reasons for diverging results.

I don’t recommend you take my word for any of this. Instead, I recommend you read the paper and see for yourself. I anticipate those most devoted to the false aggrandizement of cream and sausage are least likely to do that for fear of what they will find, just as those so disposed divert their eyes from the proof of climate change and our complicity in it, or of evolution.

The evidence in this laudable paper is transparently displayed for all to see, and it is followed by the authors where, and only where, it leads. It does not lead to the foolish conclusion that the harms of excess bacon-cheeseburgers preclude the harms of excess French fries, or soda. The evidence that indicts the prominent sources of saturated fat indicts the prominent sources of refined carbohydrate and added sugar as surely. Only someone with something to sell you has cause to say otherwise. The right remediation for bad diets is good diets, not alternative diets, equally bad.

The authors of this paper are not selling anything. They are providing a public service, and the work that went into this paper looks to have been monumental. I have published systematic reviews and meta-analyses; they were painful. This paper takes that effort to a whole new level. To reiterate: read the paper, and see for yourself.

When the net health effects of saturated fat are weighed and measured on scales unbiased by foolishness, fanaticism, and pecuniary motives, they are found wanting. All of us wanting the application of just such scales, and a fair accounting of the overall weight of evidence to inform our dietary choices and support our health- owe the authors of this standard-setting paper a debt of gratitude. And just maybe in select cases and the fullness of time- our lives, too.