Science, Evolution, and Our Intimate Parts

Science, Evolution, and Our Intimate Parts 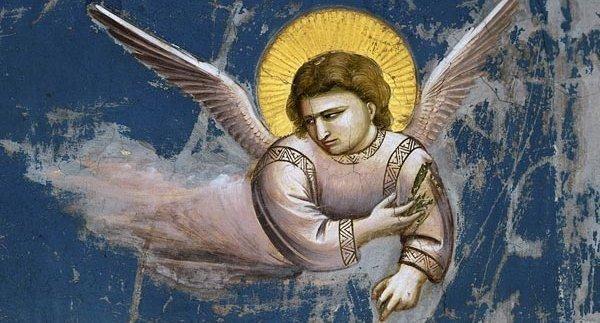 An opinion piece was recently published in JAMA Internal Medicine with the provocative title: “No wonder no one trusts us.” The writer, a doctor, imagines a dialogue with a patient - Mr. Jones - based on the shifting recommendations of the US Preventive Services Task Force about prostate cancer screening.

Mr. Jones, receiving updated advice from his doctor that differs from the updated advice he received last time, grows predictably exasperated. (In case you are wondering, the current Task Force position on prostate cancer screening is: Grade C. This means there is a close balance between potential benefits and harms, and clinicians should discuss prostate cancer screening with patients, and reach individualized decisions together.)

The writer is not so much complaining about the Task Force as about the challenges of turning the evolving state of medical evidence into guidance patients can both understand, and trust. The piece is tongue-in-cheek in any case. But still, there is a complaint being lodged, and fundamentally, it’s about the nature of science and the public’s relationship with it.

Science evolves. And maybe that’s a particular problem for Mr. Jones, and Mrs. Smith, and their countless counterparts in our culture- because we so blithely, selectively dismiss science and replace it with GOOP as the spirit moves us. Maybe we can’t disparage, dismiss, and deny the science of climate change, immunization, nutrition, and evolution for that matter - and appreciate the evolution of science.

Science is something of an “in for a penny, in for a pound” proposition. What I mean is, you either accept the value of the scientific method, and the voluminous evidence that it works, and thus pay attention to it even when you don’t like what it has to say - or you really should disavow the voluminous evidence that it works. Let’s be clear about that choice: disavowal means no planes, or trains, or automobiles; products of science, all. It means no antibiotics or microwaves; it means no radio, television, or Internet. It means, quite simply, that it should not be possible for you to be reading this now.

Science works, and we all know it - because we are beneficiaries of its effectiveness every day. You really can’t beam well-behaved electrons through cyberspace and throw shade at science while doing it. Pick one! How easy it is, though, to embrace the products of science we like, and renounce the conclusions we don’t.

The result of that is calamitous. The same stance that allows for the denial of evolution despite incontrovertible evidence has forestalled our collective response to climate change for decades. I hate to say it, but perhaps it has forestalled our response for too long. As glaciers melt, species die, floods rage, aquifers desiccate, Antarctica falls apart, and ever more trees in these New England forests I love so much sicken and die - I shudder to think how inconvenient this truth may prove to be for us, and especially our children. We may have walked in a blinkered trance right past “inconvenient,” to devastating.

That same, convenient dismissal of facts we happen not to like perpetuates pseudo-debate about vaccines, when the reality of monumental net benefit is as clear as it is robustly evidence-based.

In a display of serendipity, a deadly serious opinion piece in the Annals of Internal Medicine followed the facetious one in JAMA Internal Medicine by a mere day. This one was entitled “Statin Denial: An Internet-Driven Cult With Deadly Consequences,” and was about…the deadly consequences of statin denial. Statins are the most popular drugs for lowering LDL cholesterol, are highly effective, and when used appropriately - decisively reduce mortality. In other words, they save lives.

As the commentary suggests, there are all sorts of alternative realities on-line, raising doubts about the benefits of statins, the value of lowering LDL, and the relevance of elevated LDL to heart disease risk. One readily finds debate about the “cholesterol hypothesis” on-line, but finds virtually no such debate among cardiologists. These alternative realities are alternatives to reality, and the commentator is right to point this out as an urgent matter of life and death. As a Lifestyle Medicine expert, I hasten to note that diet and lifestyle can do the job that statins do, and there are strong arguments for a lifestyle approach - but that’s a topic for another day. The effectiveness of lifestyle in preventing and treating heart disease does not obviate the corresponding effectiveness of statins.

We mishandle science in several fundamental ways. For starters, science does evolve; it is incremental, listing toward truth in a series of small additions to, and frequent corrections of, what we thought we knew before. We treat every study as a replacement of all we knew until yesterday at the peril of our perennial ignorance.

For another, we treat science as a circus, hawking hyperbolic headlines as a matter of routine. In reality, the findings of science make for good sound bites only very rarely. Often, the findings of studies are nuanced, the conclusions qualified and provisional.

For yet another, there is almost never unanimity - if only because many people favor their own ideology over any other kind of “ology,” and because human beings are good enough at being wrong that you can invariably find someone who is prominently so, on any given topic. That some dissenting voice can be found - such as on the topic of climate change - does not a legitimate controversy make. I was recently invited to “debate” vaccines on a podcast, and I declined, not wanting to pretend that there was a legitimate controversy on that topic left to debate.

That more Americans believe in angels than evolution may seem a matter of inner philosophical convictions, disconnected from real world consequences. But that is not so. Selective disrespect for science poisons the well of it, and proves toxic in surprising and intimate ways; as intimate as one’s prostate, or uterus.

Medicine is ineluctably a bit of art, but is - or should be - a whole lot of science. There is no way for patients to participate as they must - as key partners in the stewardship of their own health - if they don’t understand the basis for important decisions.