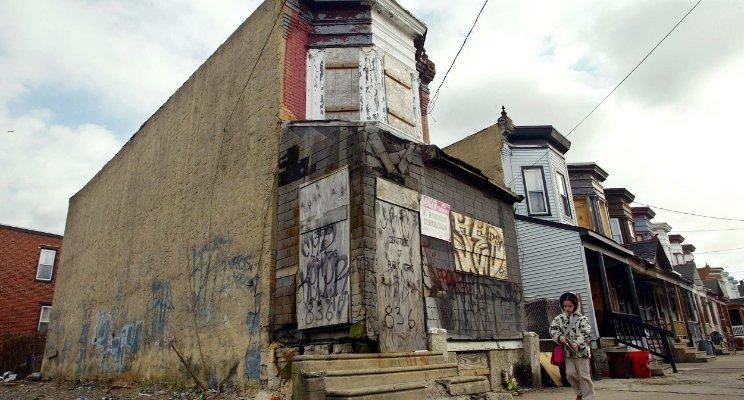 When the PURE diet study papers roiled headlines around the world recently, I wrote an admittedly lengthy analysis. I didn’t feel I had much choice; the publications encompassed three distinct research papers, reams of data, and a whole lot of what proved to be mostly misguided interpretation of the findings by the media, and the investigators themselves. Getting the story sorted out reliably involved some heavy lifting, and considerable verbiage.

But, in the mix, was my succinct, summary judgment about the whole thing: poverty undermines reasonable eating. That, really, was the key message.

If you are thinking that simple assertion is a very odd place for headlines telling us that vegetables and fruits no longer do anything for health this week- I am with you entirely. How was that even possible?

Well, the PURE populations with the best diets also had the best of everything else: educations, jobs, homes, safe environments.

In contrast, there were populations included in the study from some of the poorest countries on earth, notably Bangladesh and Pakistan, where high intake of “carbohydrate” was associated with high mortality rates. But the blame here, rather blatantly, did not reside with a macronutrient, but with macroeconomics.

These were people dealing with poverty, all manner of deprivation, and getting by on little more than white rice; or, in the case of Zimbabwe, maize. We can all readily accept that a diet comprised almost entirely of just one food- any one food- because you have no other choices is a bad thing.

That would be true if the one food were broccoli, or butter; bacon or beans- let alone white rice, or maize. The simple fact is, though, that rice and corn and wheat are among the least expensive, most readily available foods in subsistence populations, so when people are scraping by and trying not to starve, these- and neither broccoli nor butter- tend to be at hand. Thus, the utterly meaningless association between “carbohydrate” and mortality issuing from PURE. What is associated with mortality, and morbidity, for many reasons, is poverty, and its many henchmen: hunger, thirst, struggle, and a destitution of resources.

All of which is just a prelude to this week’s study, perhaps not generating the headlines it should. An article just published in the Annals of Internal Medicine reported health outcomes in nearly 110,000 people who had undergone cardiac risk assessment in the Cleveland Clinic Health System. The researchers applied the Pooled Cohort Equations Risk Model (PCERM) of the American College of Cardiology and American Heart Association and compared the predicted rate of cardiac events to actual occurrence.

The “punch line” in this case is just about as blunt as a literal punch to the gut: the model significantly under-predicted cardiac event rates “among patients from disadvantaged communities.”  In other words, socioeconomic disadvantage- poverty and its baggage-caused heart attacks and deaths that otherwise should not have occurred.

This is, obviously, directly germane to the massive misrepresentation of the PURE papers that were yesterday’s news. It is germane to tomorrow’s public health news, too.

The message in the much-distorted reporting of PURE, hiding in plain sight, is that the social determinants of health- the basic circumstances of our lives and environments- prevail.

One of the great, and from my perspective distracting and fairly useless debates of modern public health is whether responsibility for the prevalent ills of modern society is more personal, or public. The debate is useless in that it tends to polarize an issue best situated in the middle.

Clearly, personal responsibility for health matters. No one else can exercise for you; no one else will put food in your mouth - but for rare and rather dire circumstances. At the end of the day, what you and I do with our feet, our forks, and our fingers (e.g., holding cigarettes) is up to us.

On the other hand, how preposterous to suggest that the playing field of opportunity for health is level. Some of us have every relevant advantage, with facilities readily available for exercise year round, indoors or out, and a choice among the most nutritious foods throughout the year. Others of us live in food deserts, where streets are unsafe to walk, where a recreational facility is a parking lot frequented by gang members, and where gym membership either doesn’t exist, or is an unaffordable luxury and far lesser priority than protecting one’s kids from ambient drugs and violence.

We have yet another reminder of the importance of such factors in a report on childhood obesity just released by the USDA. Obesity is far more common among children in overtly disadvantaged households.

Those admonishing all to make good behavioral choices may conveniently overlook that the choices any of us makes are ineluctably subordinate to the choices we have- and we simply don’t all have the same choices. That the PURE analysis overlooked this was not only a failure of Epidemiology 101; it was a nearly paradoxical failure at the human level for a study intended to help us better understand the disparities between populations with and without every modern advantage.

There is much many of us can do with lifestyle choices to impact our medical destiny. But sometimes the critical matter is neither a choice we can make, nor our lipid panel, nor our genetic code. Sometimes, it’s our zip code.

View all
Why Blockchain Companies Fail To Break-Even?
Changing the Narrative Around IoT Security
How to Best Keep up to Date with Regulatory Updates
Top Ways to Launch Your Online Ecommerce Store
How To Create A Style Guide For Your Brand In 2022?
What Are the Jobs That Robots Cannot Do?
Energy Crisis: An Unexpected Ally Saved Europe From a Great Blackout
The Negative Environmental Impact Of Robotics
Electrical Engineering & Substation Training Using Virtual Reality
Benefits and Challenges of Smart Energy Grids
Why Big Data is the Future of Sustainable Fishing?
What Are the Top Benefits of Solar Panels?
The U.S. Federal Reserve Feeds Cryptocurrency Volatility
Centralization Took Us Here, Cryptocurrencies Will Take Us There
What Three-Card Monte Can Teach you about NFTs
Crypto Has Evolutionary Benefits Not Revolutionary Hype
What Is A Bid Bond And How Does It Work? Find Out Here
The Growing Role of Machine Learning in Fraud Detection
Why Football Needs a Revolution? Introducing Football 4.0
Central Bank Digital Currency: The Fed Speaks
Who Benefits from Canceling Student Loans?
Some Economics for Martin Luther King Jr. Day
The US Economy as 2022 Begins
Advice for Academic Writing About Data
Is Artificial Intelligence Fueling a Nuclear Arms Race?
Dubai Becomes World’s First 100% Paperless Government
Is Social Media the Breeding Ground For Fake News?
Why Countries Need A National Artificial Intelligence Strategy
Money versus Currency: How Governments Steal Wealth
Eric Zemmour Officially Announces His Candidacy For French Presidency
Why Do Space Agencies Want to Bring 3D Metal Printing to Space
The Truth About Sugar Substitutes: Risk of Stroke and Dementia Masked by Simple Colors
Robotic Surgery: Benefits and Perspectives
How IoT is Revolutionizing Healthcare in the Pandemic Era
Why Artificial Intelligence Struggles with Causality
Why Science Should Be Open To All?
What I Learned as Japan's First Professional Podcaster
Everything You Need to Know About Writing a Book
Does Your Body Language Project Leadership Presence?
Pace Yourself for the Long Haul
What Are The Health Benefits of Using a Large Room Humidifier in Your Home?
Batman Found His Riddler, Sherlock His Moriarity, India Its Pakistan and Kohli Lost his Captaincy
Digital Ponzi Schemes: The Dark Side of Metaverse, Cryptocurrency & NFTs
Is It Time To Replace Manual Work Interactions with Artificial Intelligence?
Why is Apple So Successful? Apple's Machine Learning Strategy & Self Driving Car Project
3 Ways The Public Sector Can Benefit From IoT
A Virtual Phone Number is an Essential Tool in the Digital Era
How Big Data and Artificial Intelligence Can Create New Possibilities