Healthcare, Socialism, and Blood on the Beach

Healthcare, Socialism, and Blood on the Beach 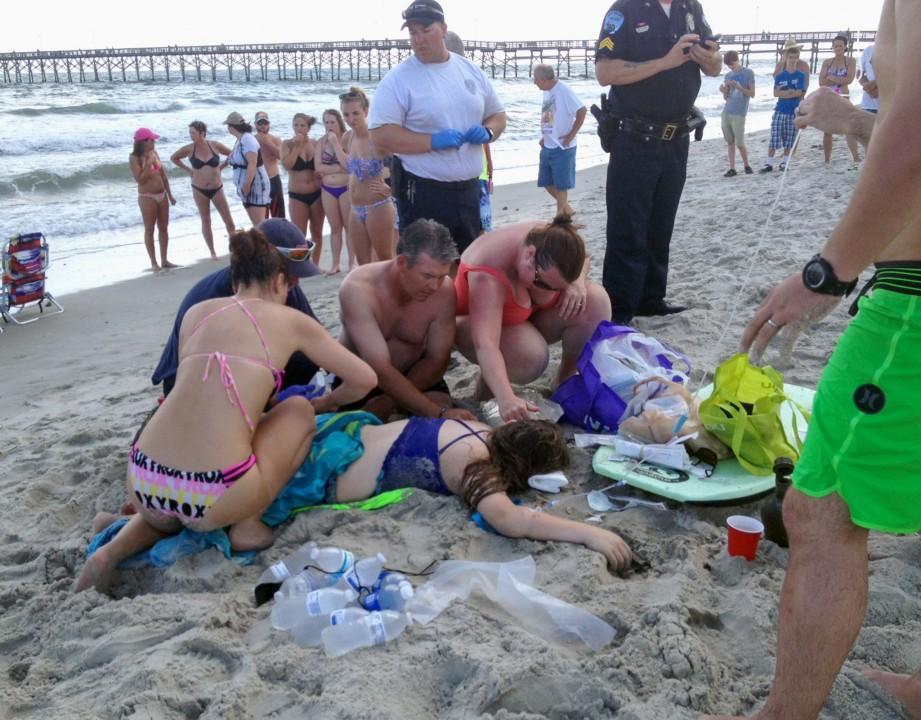 One could be forgiven for thinking that to consider healthcare a right rather than a privilege, you need politics inclined left of center. I rather doubt that is true, however - and a thought experiment will show why.

Let’s say we are at the shore, when suddenly a crimson cloud appears where a swimmer or surfer was a moment ago. There is thrashing and shouting, and some quick action by lifeguards- and we see a woman brought to the beach, a gaping bite wound in her leg. She is bleeding profusely, and unconscious.

Bear in mind this woman, for all we know, is a billionaire CEO. She might, instead, be homeless. She might be your sister, or daughter, or mine. We don’t know.

Do you favor emergency medical care before or after we run a background and credit check and establish her bona fides and capacity to pay?  We have no time to decide, because she will exsanguinate and die in a matter of minutes. Of course, “expenses” started accruing as soon as the lifeguards entered the water, but we can overlook those. We can’t overlook the ambulance dispatched as soon as someone calls 911.

So, yes, if your politics incline left of center you likely favor some version of healthcare access as a human right. But the same is true if they incline in any direction other than ruthless indifference.

In that context, I write to point out how radically less radical the competing democratic plans for healthcare in the United States are than they may seem. As Nobel laureate in economics, Paul Krugman, has noted- nothing in the mix comes even close to socialism.

Which warrants a quick digression into what does qualify as socialism, a label generally used in our culture to substitute denunciation for any actual thinking. In socialism, a government owns “the means of production and distribution of goods.” For healthcare to qualify, or even come close, all doctors and nurses would have to work for the government; all hospitals would have to be owned by the government.

No extant proposal for healthcare in the U.S. goes even so far as to put a toe in such waters. By far the most radical proposal is a “Medicare for all,” or a single payer system. This would not turn all hospitals into government property and all doctors into government employees- it would simply mean that the government would cover the costs of whatever care was included in benefits packages. In the even less “radical” proposals, there would be competition among a variety of private payers, but the government would impose some standards and guarantees- like coverage despite a pre-existing condition.

It comes pretty close at the distribution end as well. Our military does not protect us Americans only after evaluating our individual contributions in taxes to the war chest. It protects us all the same, distributing its might across the expanse of the population in a very…socialistic manner.

This of course is the furthest thing from criticism of the military. I trust we all value our armed forces as a common good, and much prefer it this way to an alternative with our government simply “paying” for the services of various private contractors with potential agendas other than national defense. This illustration is only to point out how radically unradical the healthcare conversation in our country truly is. We really ought to be talking about the revolution required to go from “disease care” to veritable “health care,” but that can be for another time.

The U.S. spends more on “healthcare” than any other country on earth, and is a very, very long way from having the best health outcomes to show for it. We leave a major portion of the population economically barred from routine care, even despite the major advances introduced by the Affordable Care Act (a.k.a., Obamacare). Other countries that do better have approaches that run the full expanse from single payer, to competing private sector payers with a level playing field of standards. Universal coverage can be achieved either way.

But nothing like it will ever be achieved if we shoot misguided denunciations first, think about viable options only after, if at all. No proposal for healthcare reform in this country even vaguely approximates socialism; the label is a smokescreen, pure and simple. Behind the smoke, somebody, somewhere, is bleeding on a beach.


Dr. David L. Katz is past president of the American College of Lifestyle Medicine, and Founder of the True Health Initiative.