Central Bank Balance Sheet Reductions – Will Anyone Follow the Fed?

Central Bank Balance Sheet Reductions – Will Anyone Follow the Fed? 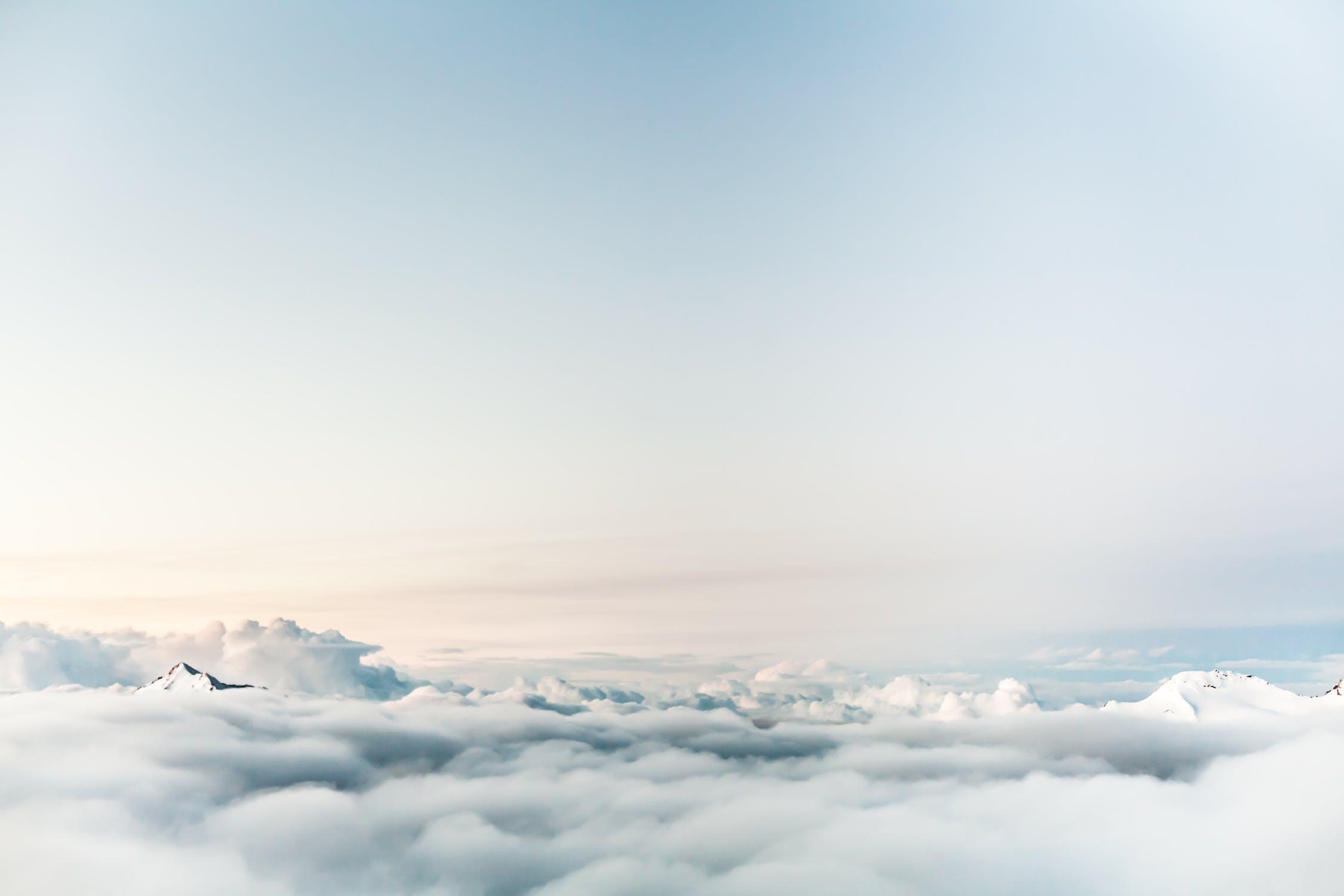 The next wave of quantitative easing (QE) will be different, credit spreads will be controlled. The Federal Reserve (FED) may continue to tighten but few other central banks can follow. The European Central Bank (ECB) balance sheet reduction might occur if a crisis does not arrive first. Interest rates are likely to remain structurally lower than before 2008.

The Federal Reserve’s response to the great financial recession of 2008/2009 was swift by comparison with that of the ECB; the BoJ was reticent, too, due to its already extended balance sheet. Now that the other developed economy central banks have fallen into line, the question which dominates markets is, will other central banks have room to reverse QE?

Last month saw the publication of a working paper from the BIS - Risk endogeneity at the lender/investor-of-last-resort – in which the authors investigate the effect of ECB liquidity provision, during the Euro crisis of 2010/2012. They also speculate about the challenge balance sheet reduction poses to systemic risk. Here is an extract from the non-technical summary (the emphasis is mine):

The Eurosystem’s actions as a large-scale lender- and investor-of-last-resort during the euro area sovereign debt crisis had a ﬁrst-order impact on the size, composition, and, ultimately, the credit riskiness of its balance sheet. At the time, its policies raised concerns about the central bank taking excessive risks. Particular concern emerged about the materialization of credit risk and its eﬀect on the central bank’s reputation, credibility, independence, and ultimately its ability to steer inﬂation towards its target of close to but below 2% over the medium term.

Against this background, we ask: Can central bank liquidity provision or asset purchases during a liquidity crisis reduce risk in net terms? This could happen if risk taking in one part of the balance sheet (e.g., more asset purchases) de-risks other balance sheet positions (e.g., the collateralized lending portfolio) by a commensurate or even larger amount. How economically important can such risk spillovers be across policy operations? Were the Eurosystem’s ﬁnancial buﬀers at all times suﬃciently high to match its portfolio tail risks? Finally, did past operations diﬀer in terms of impact per unit of risk?...

We focus on three main ﬁndings. First, we ﬁnd that (Lender of last resort) LOLR- and (Investor of last resort) IOLR-implied credit risks are usually negatively related in our sample. Taking risk in one part of the central bank’s balance sheet (e.g., the announcement of asset purchases within the Securities Market Programme - SMP) tended to de-risk other positions (e.g., collateralized lending from previous - longer-term refinancing operations LTROs). Vice versa, the allotment of two large-scale (very long-term refinancing operations) VLTRO credit operations each decreased the one-year-ahead expected shortfall of the SMP asset portfolio. This negative relationship implies that central bank risks can be nonlinear in exposures. In bad times, increasing size increases risk less than proportionally. Conversely, reducing balance sheet size may not reduce total risk by as much as one would expect by linear scaling. Arguably, the documented risk spillovers call for a measured approach towards reducing balance sheet size after a ﬁnancial crisis.

Second, some unconventional policy operations did not add risk to the Eurosystem’s balance sheet in net terms. For example, we ﬁnd that the initial OMT announcement de-risked the Eurosystem’s balance sheet by e41.4 bn in 99% expected shortfall (ES). As another example, we estimate that the allotment of the ﬁrst VLTRO increased the overall 99% ES, but only marginally so, by e0.8 bn. Total expected loss decreased, by e1.4 bn. We conclude that, in extreme situations, a central bank can de-risk its balance sheet by doing more, in line with Bagehot’s well-known assertion that occasionally “only the brave plan is the safe plan.” Such risk reductions are not guaranteed, however, and counterexamples exist when risk reductions did not occur.

Third, our risk estimates allow us to study past unconventional monetary policies in terms of their ex-post ‘risk eﬃciency’. Risk eﬃciency is the notion that a certain amount of expected policy impact should be achieved with a minimum level of additional balance sheet risk. We ﬁnd that the ECB’s Outright Monetary Transactions - OMT program was particularly risk eﬃcient ex-post since its announcement shifted long-term inﬂation expectations from deﬂationary tendencies toward the ECB’s target of close to but below two percent, decreased sovereign benchmark bond yields for stressed euro area countries, while lowering the risk inherent in the central bank’s balance sheet. The ﬁrst allotment of VLTRO funds appears to have been somewhat more risk-eﬃcient than the second allotment. The SMP, despite its beneﬁts documented elsewhere, does not appear to have been a particularly risk-eﬃcient policy measure.

This BIS research is an important assessment of the effectiveness of ECB QE. Among other things, the authors find that the ‘shock and awe’ effectiveness of the first ‘quantitative treatment’ soon diminished. Liquidity is the methadone of the market, for QE to work in future, a larger and more targeted dose of monetary alchemy will be required.

The paper provides several interesting findings, for example, the Federal Reserve ‘taper-tantrum’ of 2013 and the Swiss National Bank decision to unpeg the Swiss Franc in 2015, did not appear to influence markets inside the Eurozone, once ECB president, Mario Draghi, had made its intensions plain. Nonetheless, the BIS conclude that (emphasis, once again, is mine): -

…collateralized credit operations imply substantially less credit risks (by at least one order of magnitude in our crisis sample) than outright sovereign bond holdings per e1 bn of liquidity owing to a double recourse in the collateralized lending case. Implementing monetary policy via credit operations rather than asset holdings, whenever possible, therefore appears preferable from a risk eﬃciency perspective. Second, expanding the set of eligible assets during a liquidity crisis could help mitigate the procyclicality inherent in some central bank’s risk protection frameworks.

In other words, rather than exacerbate the widening of credit spreads by purchasing sovereign debt, it is preferable for central banks to lean against the ‘flight to quality’ tendency of market participants during times of stress.

The authors go on to look at recent literature on the stress-testing of central bank balance sheets, mainly focussing on analysis of the US Federal Reserve. Then they review ‘market-risk’ methods as a solution to the ‘credit-risk’ problem, employing non-Gaussian methods - a prescient approach after the unforeseen events of 2008.

The BIS authors refer on several occasions to Bagehot. I wonder what he would make of the current state of central banking? Please indulge me in this aside.

Walter Bagehot (1826 to 1877) was appointed by Richard Cobden as the first editor of the Economist. He is also the author of perhaps the best known book on the function of the 19th century money markets, Lombard Street (published in 1873). He is famed for inventing the dictum that a central bank should ‘lend freely, at a penalty rate, against good collateral.’ In fact he never actually uttered these words, they have been implied. Even the concept of a ‘lender of last resort’, to which he refers, was not coined by him, it was first described by Henry Thornton in his 1802 treatise - An Enquiry into the Nature and Effects of the Paper Credit of Great Britain.

To understand what Bagehot was really saying in Lombard Street, this essay by Peter Conti-Brown - Misreading Walter Bagehot: What Lombard Street Really Means for Central Banking – provides an elegant insight:

Bagehot was a classical liberal, an advocate of the gold standard; I doubt he would approve of the nature of central banks today. He would, I believe, have thrown his lot in with the likes of George Selgin and other proponents of Free Banking.

Given the weakness of European economies it seems unlikely that the ECB will be able to follow the lead of the Federal Reserve and raise interest rates in any meaningful way. The unwinding of, at least a portion of, QE might be easier, since many of these refinancing operations will naturally mature. For arguments both for and against CB balance sheet reduction this paper by Charles Goodhart - A Central Bank’s optimal balance sheet size? is well worth reviewing. A picture, however, is worth a thousand words, although I think the expected balance sheet reduction may be overly optimistic: -

Come the next crisis, I expect the ECB to broaden the range of eligible securities and instruments that it is prepared to purchase. The ‘Draghi Put’ will gain greater credence as it encompasses a wider array of credits. The ‘Flight to Quality’ effect, driven by swathes of investors forsaking equities and corporate bonds, in favour of ‘risk-free’ government securities, will be shorter-lived and less extreme. The ‘Convergence Trade’ between the yields of European government bonds will regain pre-eminence; I can conceive the 10yr BTP/Bund spread testing zero.

None of this race to zero will happen in a straight line, but it is important not to lose sight of the combined power of qualitative and quantitative easing. The eventual ‘socialisation’ of common stock is already taking place in Japan. Make no mistake, it is already being contemplated by a central bank near you, right now.