Keeping Our Wits With (and About) Our Cholesterol

Keeping Our Wits With (and About) Our Cholesterol 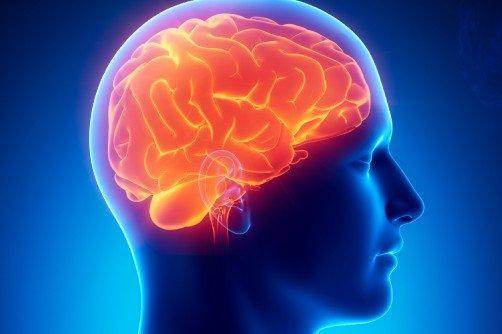 We have long known, and right we have been, that elevated blood cholesterol levels, notably LDL levels, are bad for hearts and arteries, and the bodies and minds those suffuse and serve. What then accounts for headlines like “High Cholesterol Linked to Better Brain Health in People Over 85” issuing from a study just published in Alzheimer’s & Dementia?

The answer, in a word, is: age. The slightly more elaborated 5-word answer is: age as an effect modifier. And, if we can tolerate a few more words still, then the answer is: not everything can be dumbed down to suit the tastes of a culture that prefers all of its ‘facts’ about health to be incontrovertibly good or indisputably bad, for many reasons. Among those reasons is that age, like many other variables, can act as an effect modifier, making “it depends” the often right answer.

An effect modifier (as distinct from a confounder, which is epidemiology’s “red herring”) is a factor that, as it changes, alters the relationship between two other factors. One example is the relationship among weight, illness, and mortality. We have talked ourselves into the mistaken belief that there is an “obesity paradox,” meaning there is a survival advantage to being overweight rather than lean.

The reality, though, now clarified in a number of studies, is that being lean portends better health outcomes than being either overweight or obese. But, people who are sick tend to lose weight, and being overweight, stable, and basically well is better than losing weight due to illness. So, the presence of illness as a cause of weight loss alters, or modifies, the otherwise reliable relationship between body mass and mortality. Health status as the reason for weight loss is an effect modifier.

Being well enough to maintain your weight is better than being too sick to do so, which I trust comes as a surprise to no one. But that simple and obvious assertion has nonetheless spawned years of debate about an “obesity paradox,” which almost certainly does not exist.

Another example dealing with widely familiar matters is the relationship among exercise, heart attack risk, and coronary atherosclerosis. As we all know, exercise is good for health in general, and good for the heart specifically. Exercise throughout your life, and other things being equal, your chances of a heart attack will decline accordingly.

But what if you suddenly take up intense exercise once you already have advanced coronary atherosclerosis? That is likely to cause a heart attack! The recent, heavy snow some in the Northeast were obligated to shovel poses just this kind of risk. The effect of exercise on heart attack risk just did a 180, because it was modified by the baseline status of the coronaries.

This, then, suffices as a quick lesson in effect modification- and a precautionary rejoinder to the over-simplification of health matters. Much as our culture wants health information that is yes/no, good/evil, scapegoat/silver bullet, that only really works in the realm of ideology. Epidemiology is richly riddled with: it depends.

This matter is not just routinely neglected when science is translated into pop culture titillation, but also at times willfully distorted by the researchers themselves. Studies, for instance, that tell us a given food is “back” or recommended all too often circumnavigate the critical question: compared to what? As an illustration, I am quite persuaded that most dairy products confer benefit when they bump Coke and Pepsi out of the typical American diet. I am far from convinced they add benefit when the baseline diet is any variant on the theme of optimal that omits them.

The new research followed nearly 2000 participants in the Framingham Study who had normal cognition at the start. The researchers analyzed the associations between blood cholesterol levels at various times from midlife to advanced old age, and the change in cholesterol levels over time, with cognitive function. In general, elevated cholesterol levels throughout life were associated with a higher risk of cognitive impairment.

This association reversed, however, in the oldest group- those age 85 to 94. Those without cognitive impairment at 85 were actually less likely to develop it in subsequent years if their cholesterol was elevated, or even rising, than if it was normal or falling.

If this sounds a bit like the association between weight and mortality described above, that’s good; it should. Like weight, cholesterol often falls as health fails. In particular, an occult cancer or other wasting illness in old age will tend to cause weight and cholesterol to begin falling in tandem. We are led back to a fairly obvious truism: people over 85 healthy enough to maintain their cholesterol levels (and weight) are less likely to experience diminished cognitive function than those with some undiagnosed malady causing those levels to fall.

The obvious peril of effect modification is to generalize. The idea that high cholesterol is suddenly “good” for cognition is dangerous folly, on the basis of the current study, as well as many others. There is a small and unusual group that can reach advanced old age with high cholesterol and no apparent ill effects. The study highlights that interesting fact, and perhaps also implies that treating high cholesterol in those unharmed by it at age 85 would be ill advised. It does nothing to refute the harms of high cholesterol over time in everyone else.

Worth noting, too, is that by the standards of truly healthy populations, almost everyone in the U.S. has high cholesterol. In the world’s Blue Zones, people routinely live to advanced old age without dementia. They have a health-promoting culture and lifestyle, with resultantly low cholesterol levels on average, to thank for it.

Exercise can kill you if you already have heart disease- so please be careful with those snow shovels- but that doesn’t mean exercise across the life span isn’t good for the heart. Losing weight unintentionally is generally a sign of something ominous, but that doesn’t mean it’s better to be heavy than lean; the converse is known to be true.

From the new research, we have learned it is possible to keep our wits and elevated cholesterol in tandem into the ninth and tenth decades of life. We now need to keep our wits about effect modification, the nuances of epidemiology, and what findings like these really mean.